At the top of the hill the church sits low atop stones which predate Columbus, whitewashed against a blue sky with looming clouds. At 9am sharp a man climbs into the bell tower and the clanging of the bells begins. We’d come to Chinchero, high up the mountains of the Sacred Valley, and suddenly bells were clanging and banging instead of ringing and pealing. There was no gentleness in the sound, but as soon as it stopped there was a silence tempered by only a bit of wind and a baby’s cry.

Video of the clanging bells and church square:

The morning, our first full day in Peru and Palm Sunday (though we saw little evidence of celebration), started at our hotel where we were met by one of Percy’s colleagues, a young Peruvian woman with a name so unusual that neither of us can remember it now. She met us in the hotel lobby and escorted us to the car which was one of the ubiquitous Toyota sedans seen all over the world.

Our first destination was the high mountain town of Chinchero which sits at almost 12,500 feet. I was nervous that the altitude might affect how I felt on the first day, being up that high, but I felt fine save a bit winded while walking uphill. Before we left, I really debated the order in which we’d do our 3 days of sightseeing in the Sacred Valley. Many people visit the town of Pisac because the market is supposed to be the largest in the region on that day, but I’d also been told the one in Chinchero was smaller and more “authentic”. I wanted to see a real working market, filled with food and goods for the local residents, not just stuff for tourists. So for this first day we scheduled Chinchero, Maras and Moray, leaving Ollantaytambo and Pisac for another day.

Note: Knowing what I know now, I think I would have tried to include Pisac in this day, or for the day we drove to Cusco, if only to avoid the extra driving back and forth we had on that second day of touring. Then, I would have found a way to visit Ollantaytambo on our own from Urubamba and had a half day to spend at the resort.

The drive to Chinchero took about half an hour. Our first stop was at a weaver’s cooperative. Yes, this is a very touristy place, but we did see a very interesting presentation on how all different manner of natural ingredients from roots, to mosses, to lichen to herbs are used to create vibrant natural dyes. We bought a sweater for David and a couple of scarves. While it turned out the prices there were much higher than we’d encounter later, I was happy to support the local women who worked there. 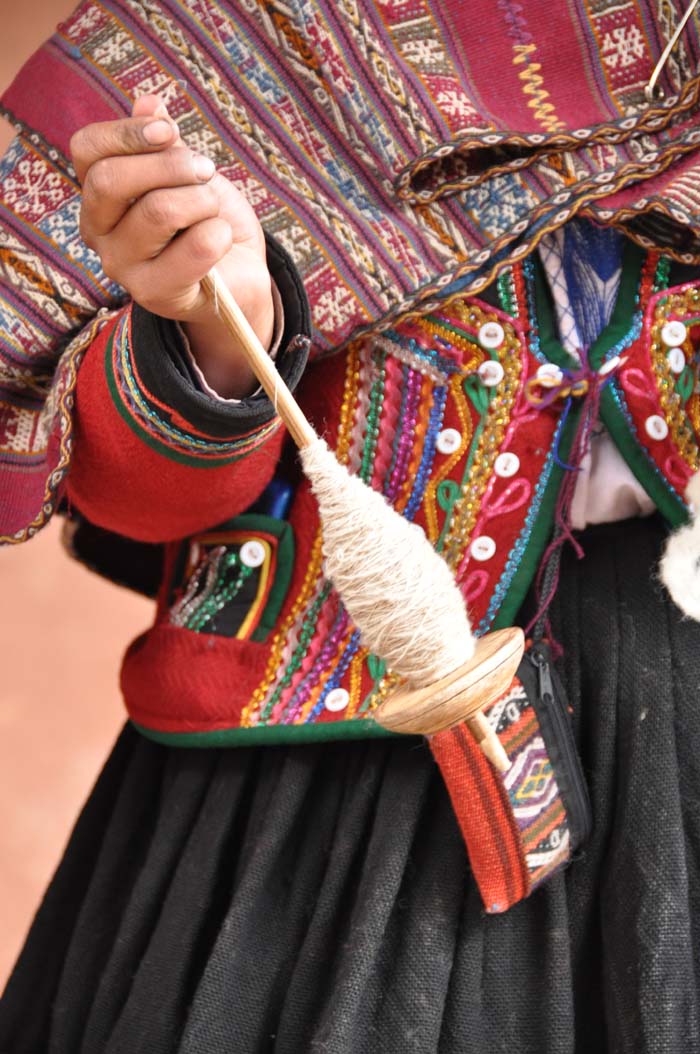 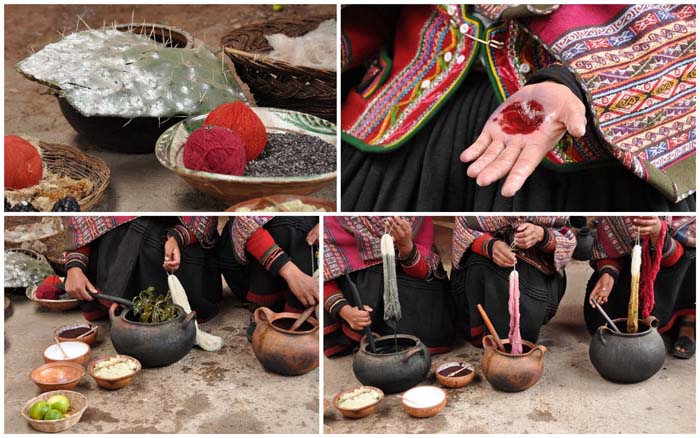 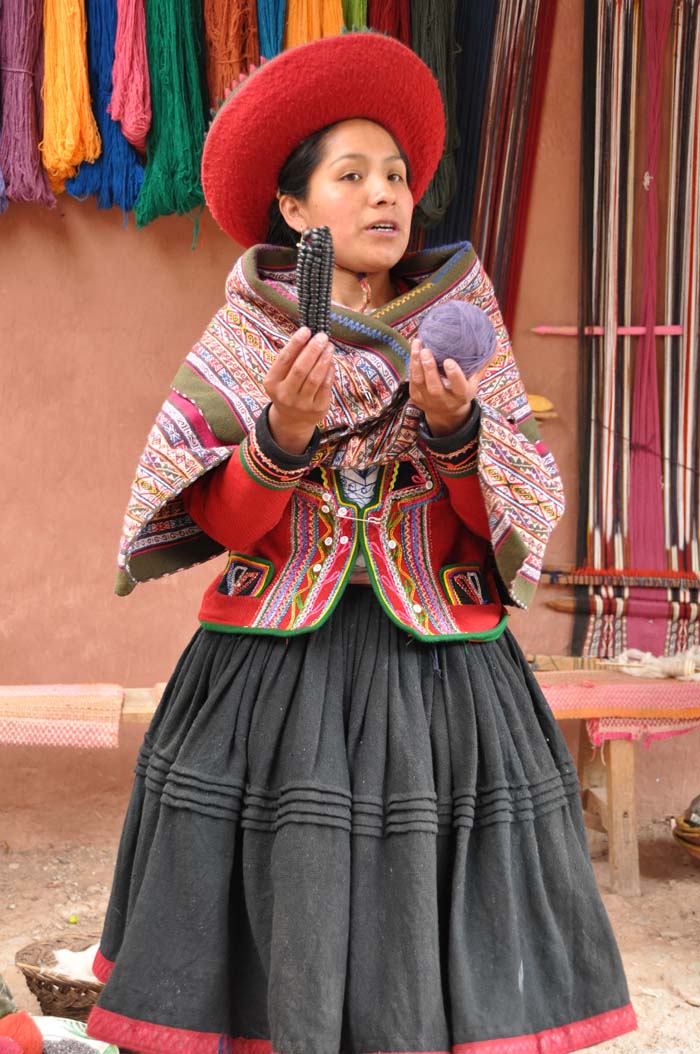 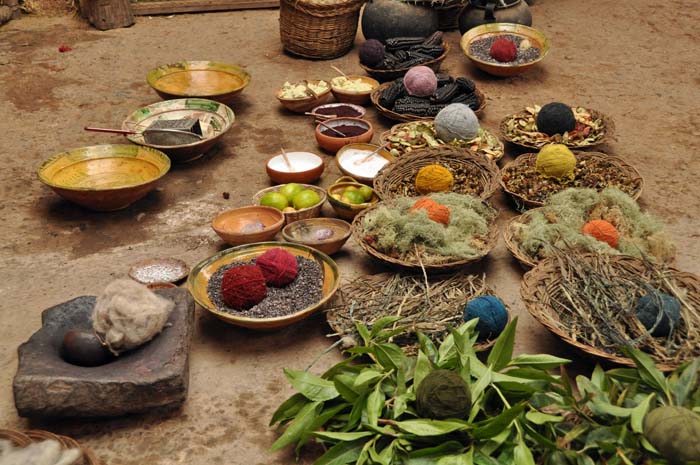 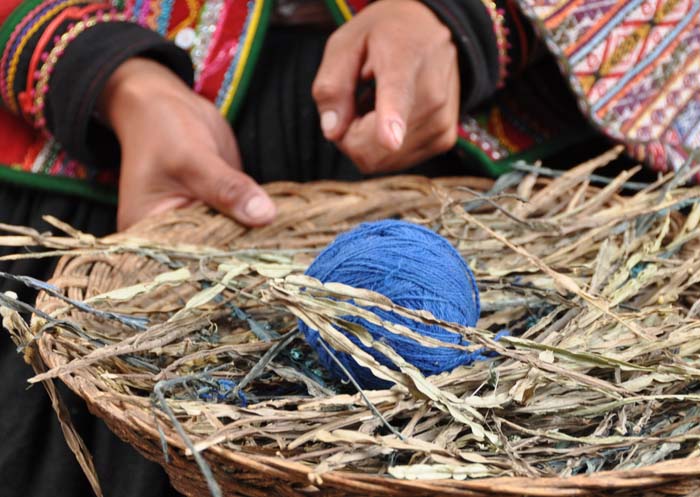 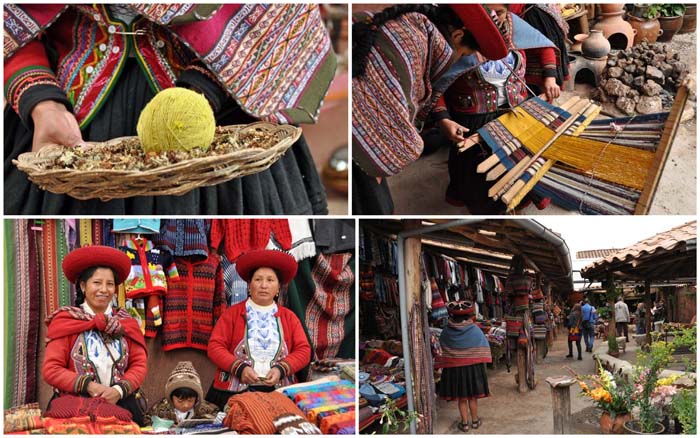 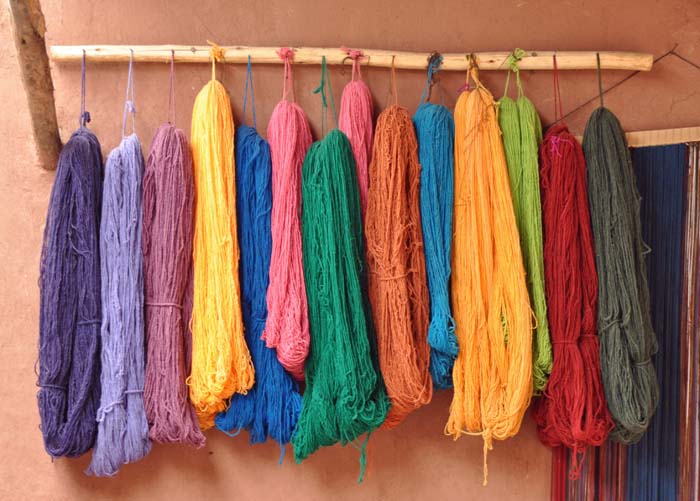 The next stop was to buy the Bolleto Touristico because the entire town was included as a “tourist site” and necessitated this ticket. Once we’d purchased it with soles, we realized we  did not have enough soles left if we’d wanted to buy anything later and there’s no ATM in the town. We ended up changing some US dollars at a money changer and the exchange rate was ok. From here we walked uphill toward the town’s main church which has been there for hundreds of years. 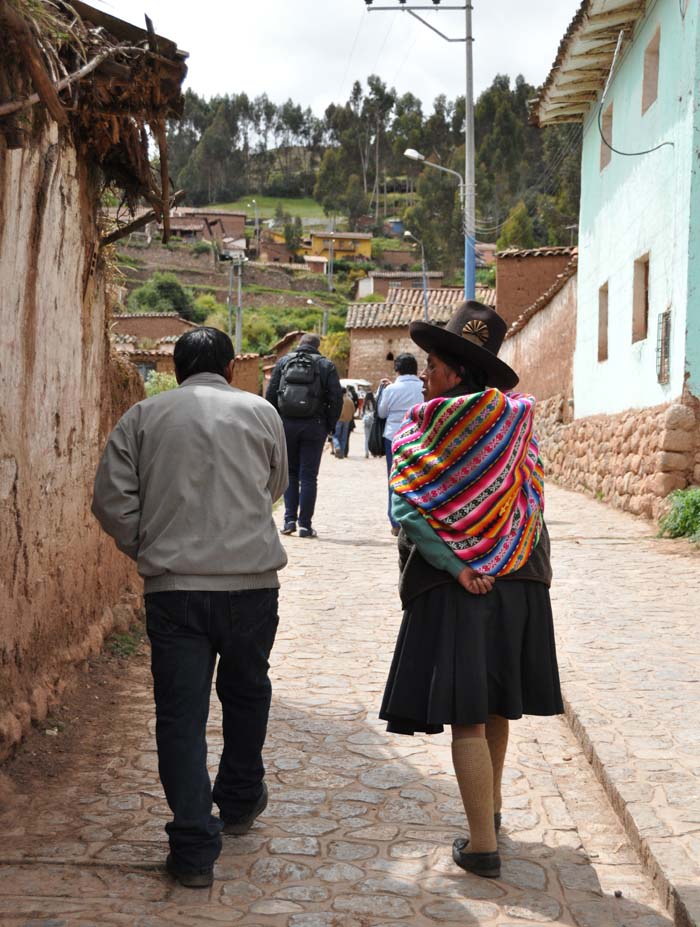 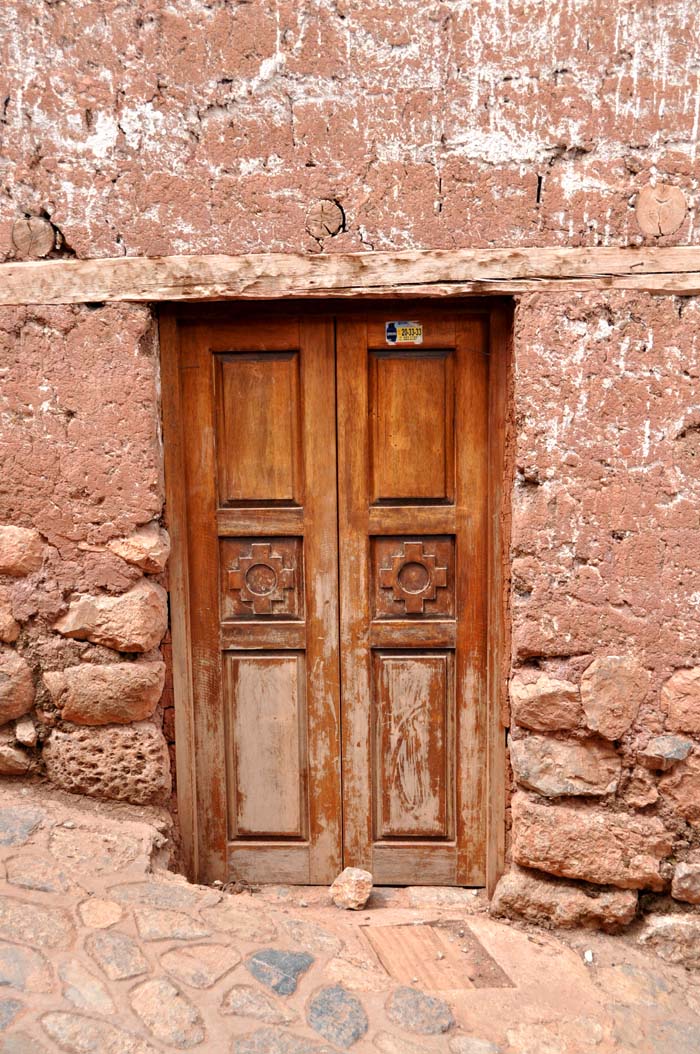 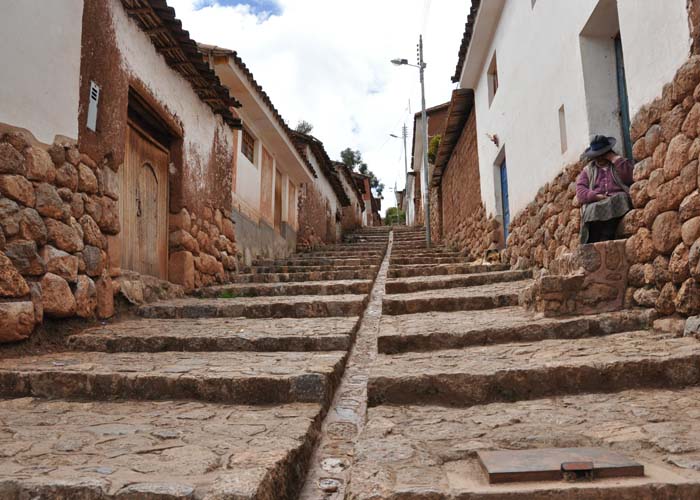 Along the way we ran into a wedding procession. I don’t think I’ve seen a such visibly unhappy wedding party in my life. The bride and groom were a bit older and I never once saw her smile, not even as she walked into the church. 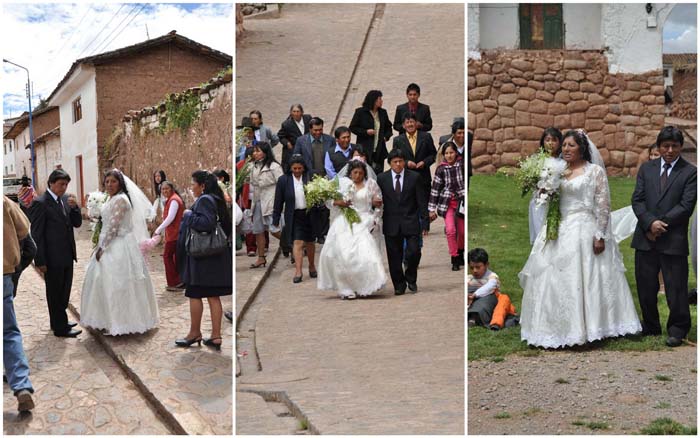 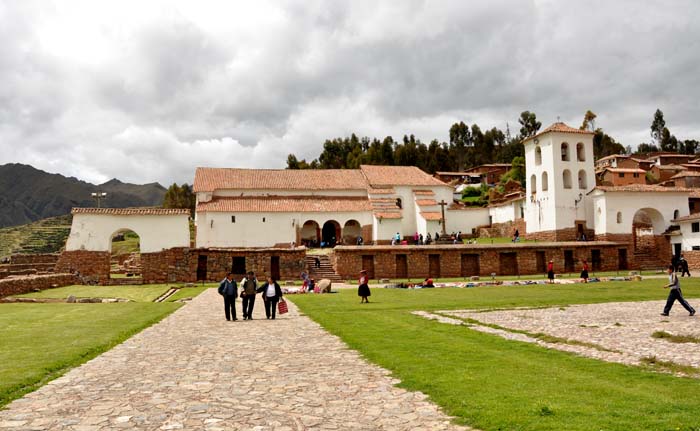 The church itself is quite old and has frescos and paintings which have clearly been adapted and altered to fit the Christian conquerors ideas of “proper” religious imagery. Our guide pointed out several images which were pagan gods which had been “reimagined” to look like Jesus but with some symbolism and colors relating to the indigenous people. The church itself sits on Inca foundations. 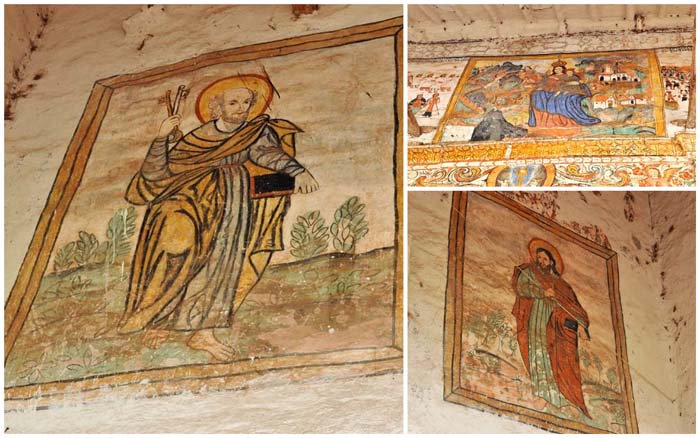 Unfortunately, we were unable to take photos inside the church, but trust me, it’s worth a visit. The photos above are from the outside, under the porticos entrance. We left before services, and the wedding mass, began. 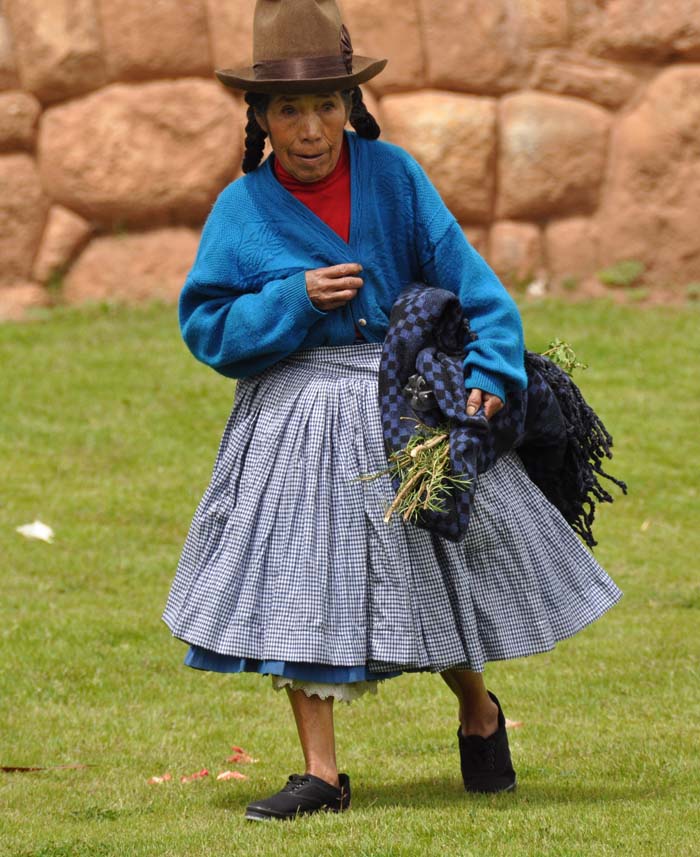 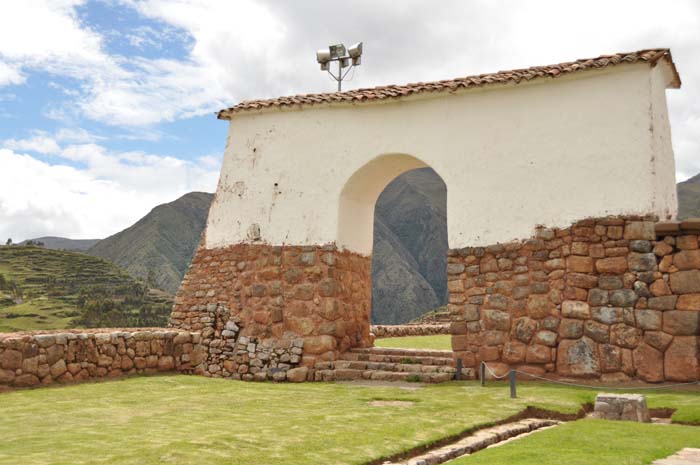 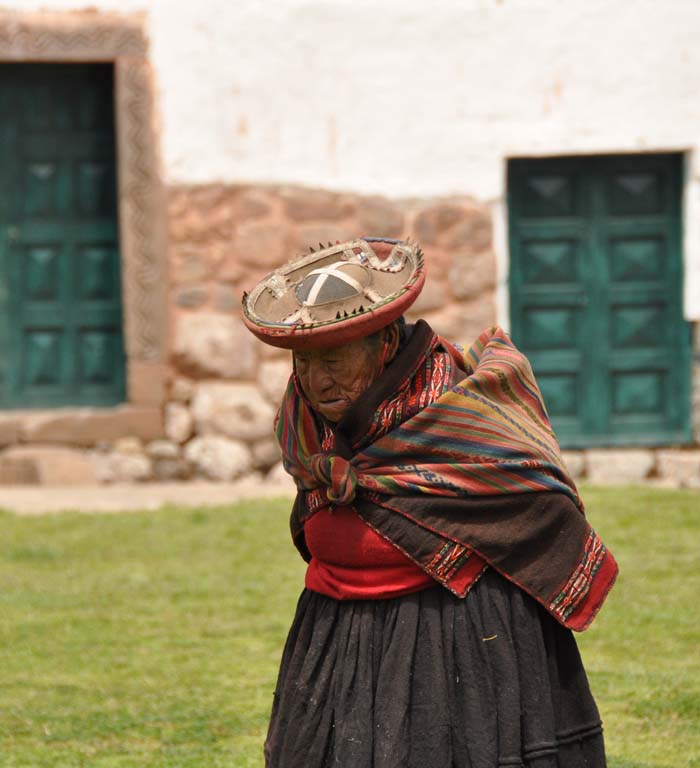 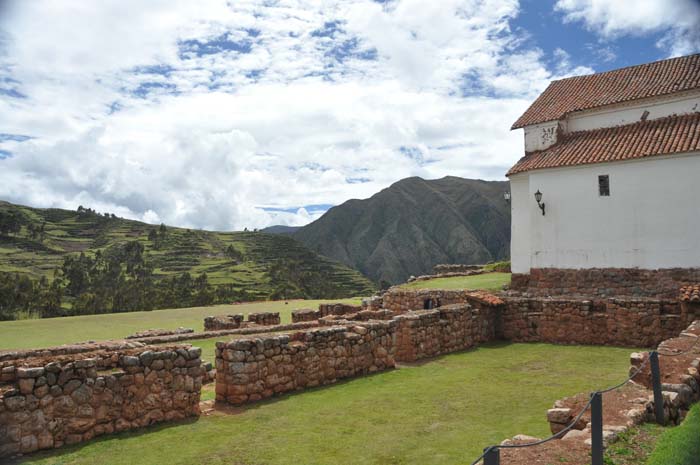 Outside we saw the first of what would be many agricultural terraces on the hillside behind the church as well as the ancient stacked stone walls. 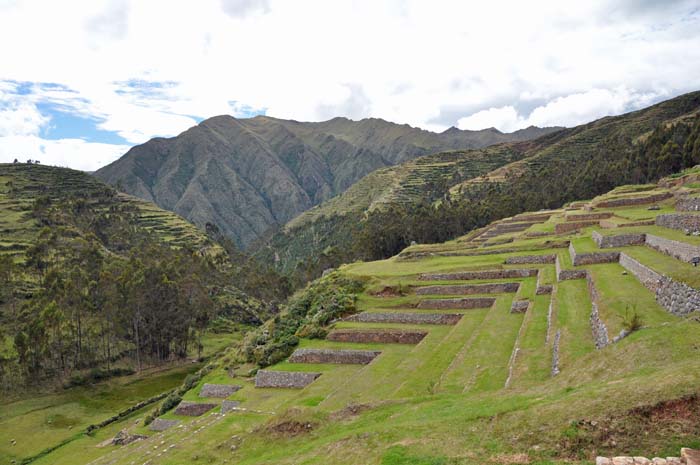 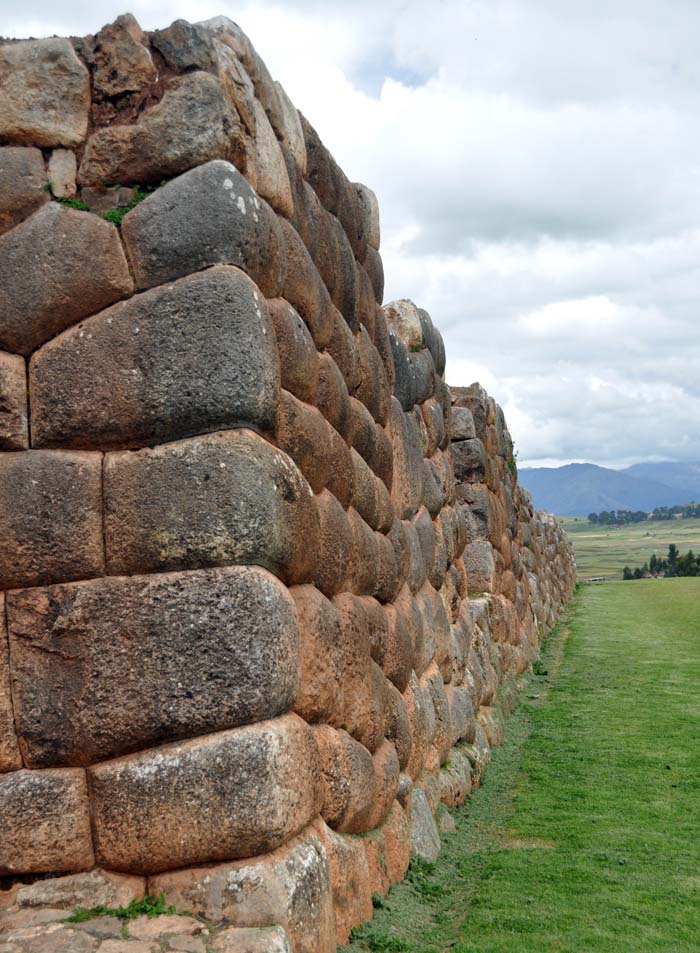 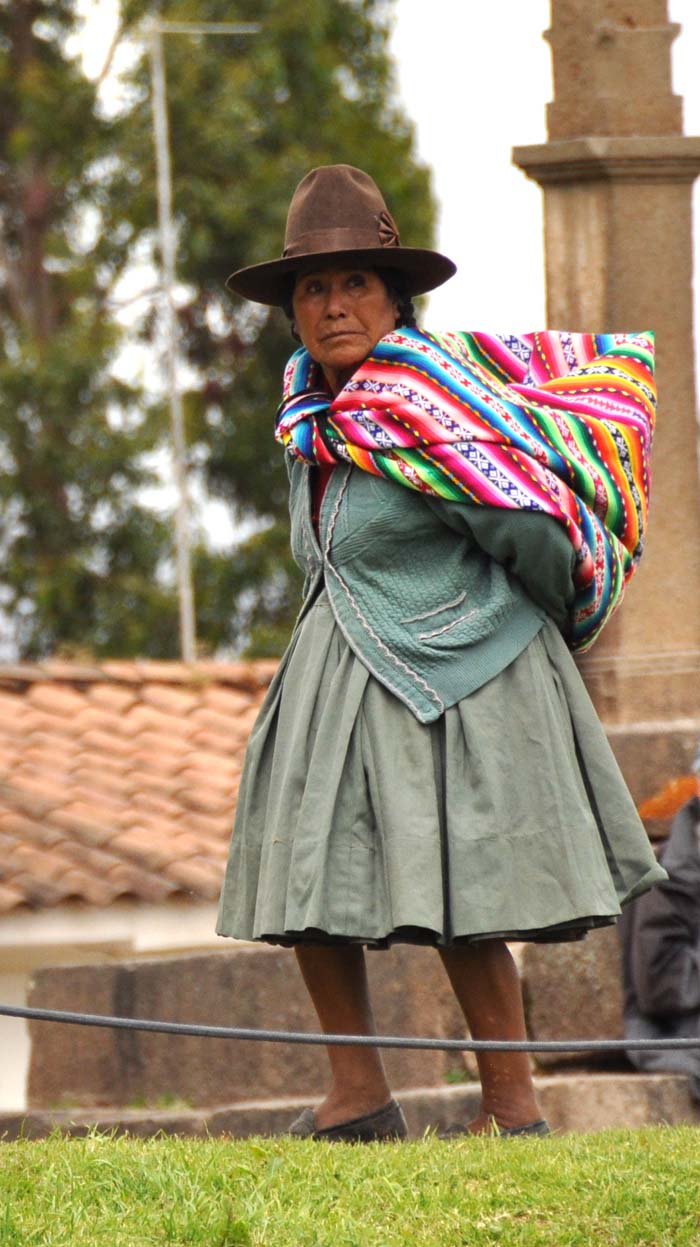 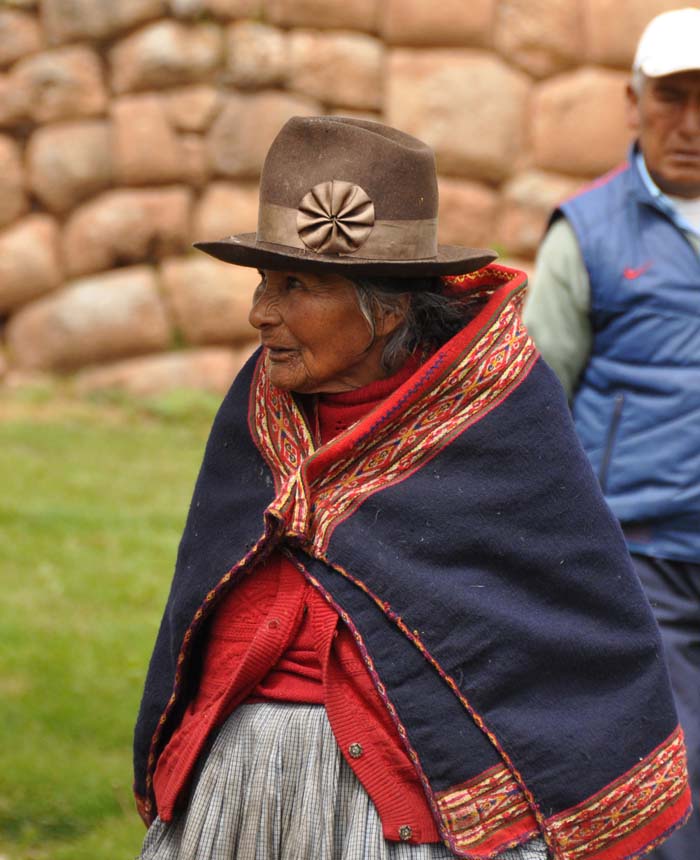 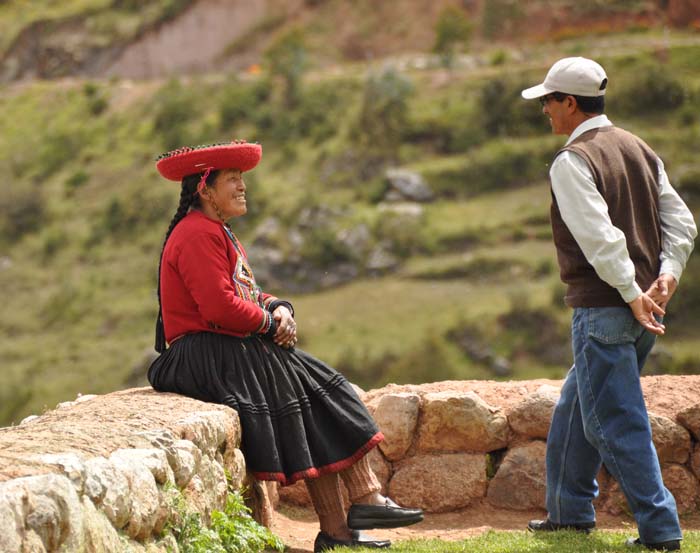 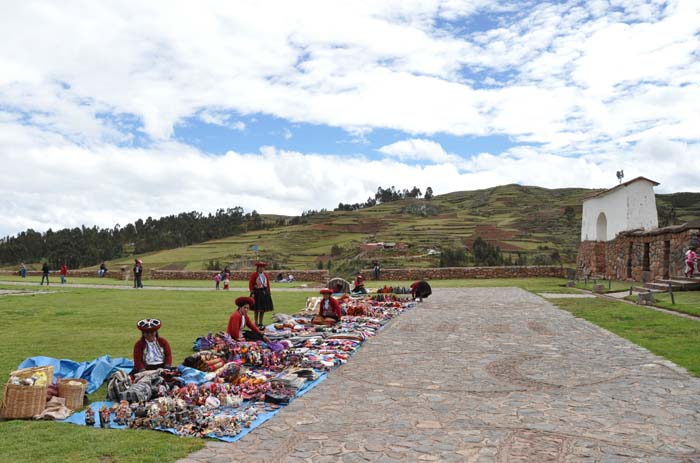 Here is a video of the square in front of the church. No clanging bells this time:


In the square in front of the church, there were several women selling things and I asked our guide about the market I’d heard was so good. Gesturing to the women in the square, she told us it was too early  and it would get busy later in the day. I was massively disappointed because I’d told Percy my whole point of visiting Chinchero was to see the market which I assumed was right here. Our guide told us there was another market we could see at the bottom of the hill where we’d meet the car. Resigned, we started walking down.

Coming next, the real Chinchero Market….