For our last day in the valley, we hired Percy to take us from the Sacred Valley to Cusco by car with stops at various sites along the way, combining transportation and sightseeing. As I said in the post about Pisac, knowing what I know now, I would have scheduled Pisac for this day, and perhaps skipped the stops at Tambomachay and Pukapukara. That would have saved us a couple of hours in the car the day before and allowed for more relaxation. All of the entrances to the ruins were covered under our Bolleto Touritstico Pass.

The Road From The Sacred Valley To Cusco

A Cultural Center with llamas!

Our first stop was at a cultural center clearly set up for tourists but it was interesting nonetheless. There were several large pens with all the different pack/wool/meat animals in the region including llamas, alpacas, vicunas, all of which could be hand-fed grasses. There were people demonstrating weaving and exhibits about how the various natural dyes are made and examples of the hundreds of types of potatoes and corn grown in the area. Worth a stop. No cost (unless you buy souvenirs) and they have clean restrooms. 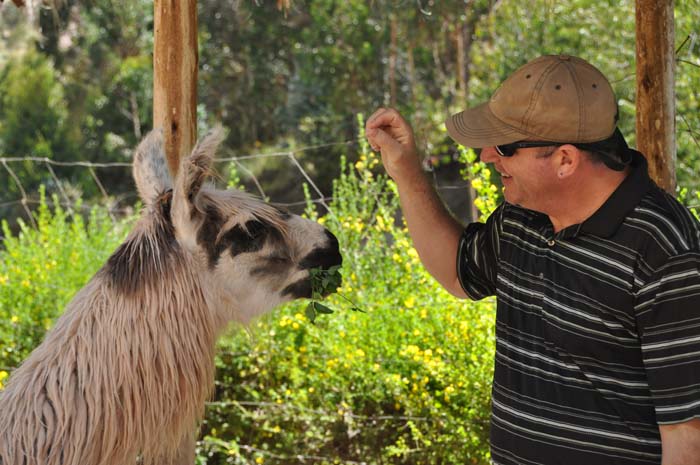 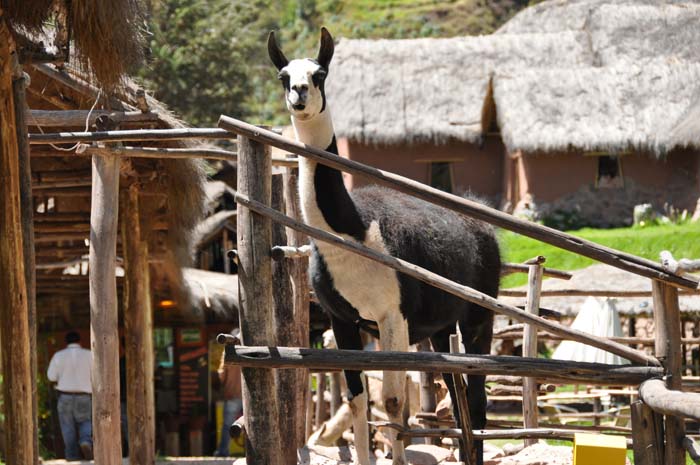 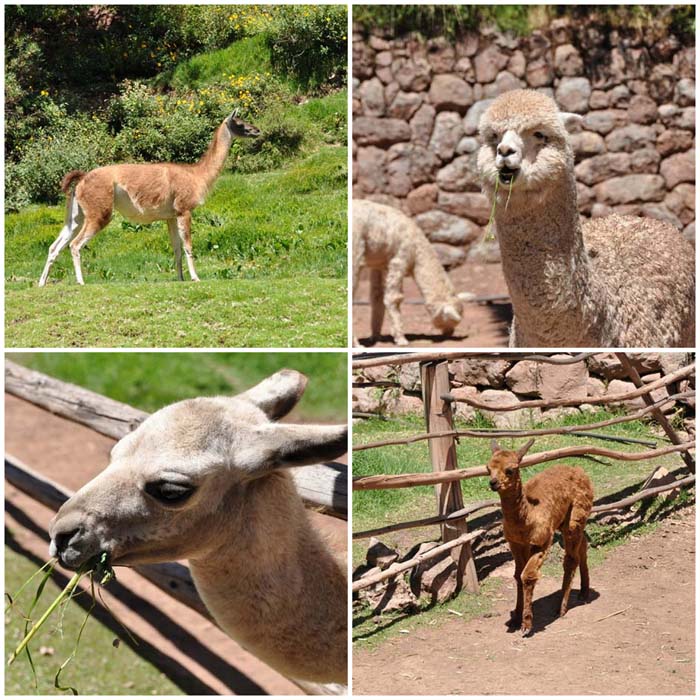 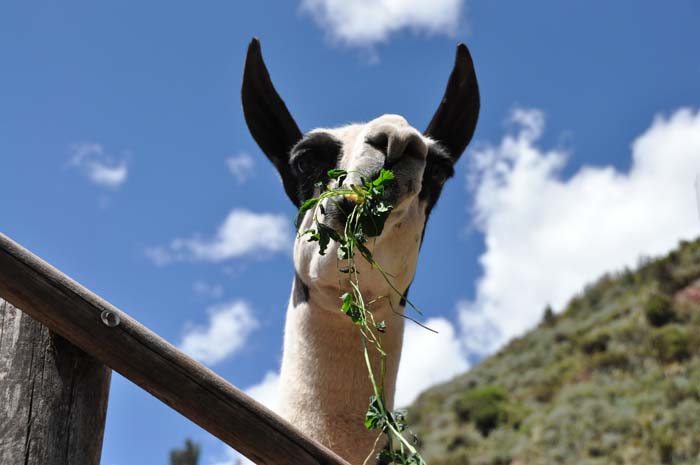 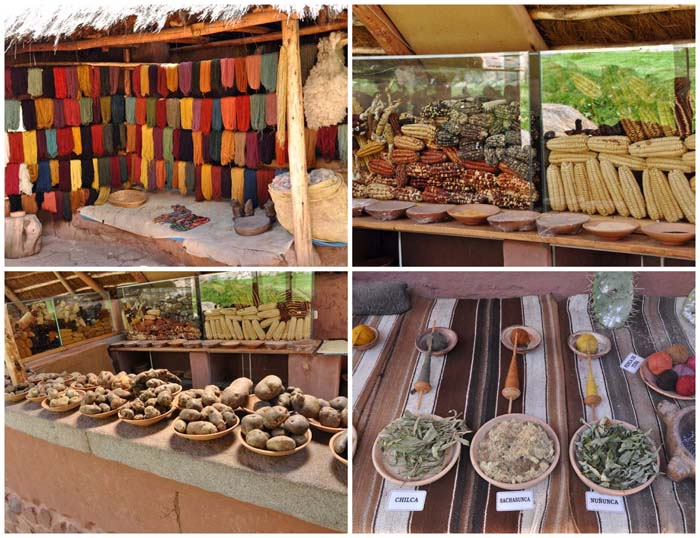 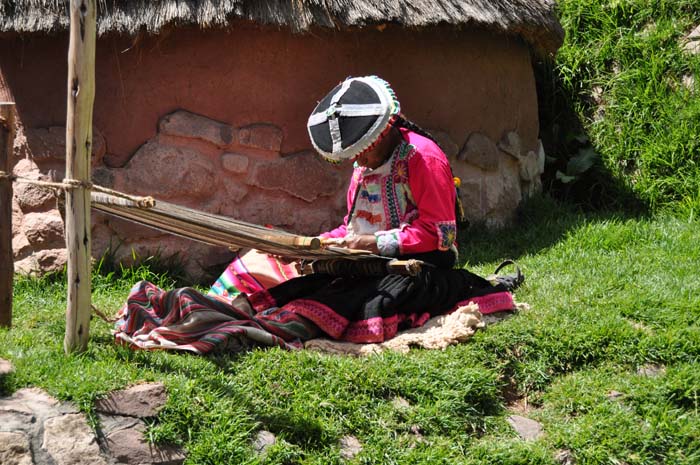 The next stop were the sites of Tambomachay and Pukapukara which are across the road from one another. Tambomachay, also known as Los Banos del Inca (the baths of the Inca) is the home of a freshwater spring and most likely used for ceremonies by priests and royalty, rather than public bathing. Water still flows today. 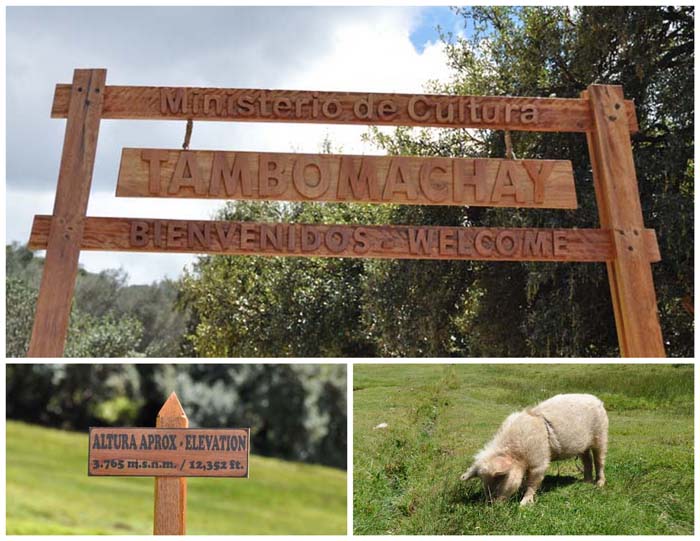 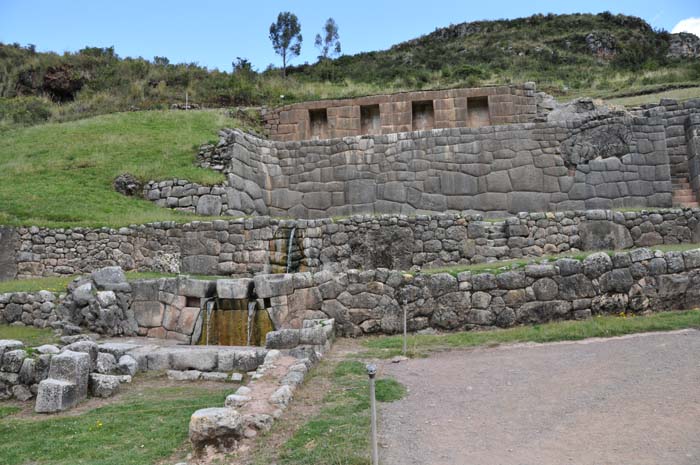 Across the road is Pukapukara which has a stunning view of the valley from the top of the site. 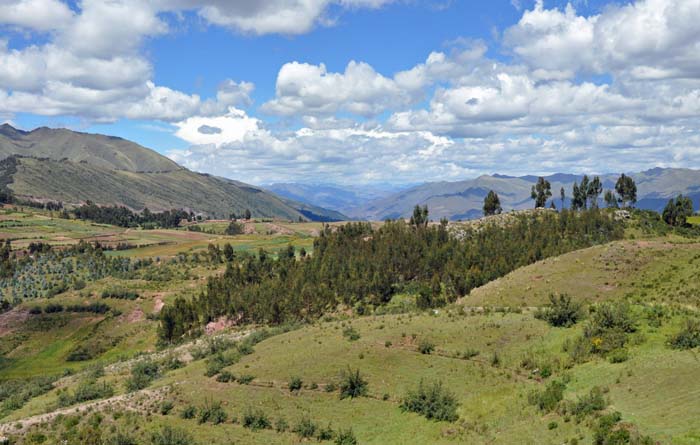 Pukapukara is thought to be a fortress or a resting place for travelers on the way from the Sacred Valley to Cusco as it sits right on an ancient pathway between the two. 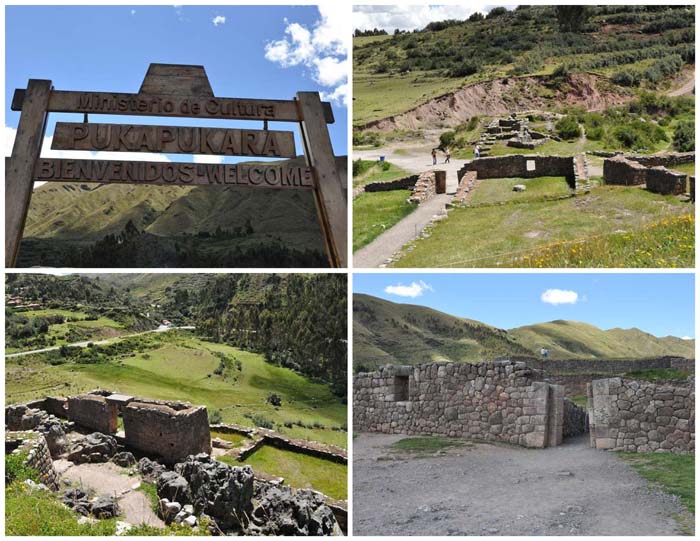 The next stop, Q’enqo, gave us our first look over the city of Cusco. This site was a temple and has limestone rocks that have been hollowed out. We walked through the passageway to see the carved altar inside. 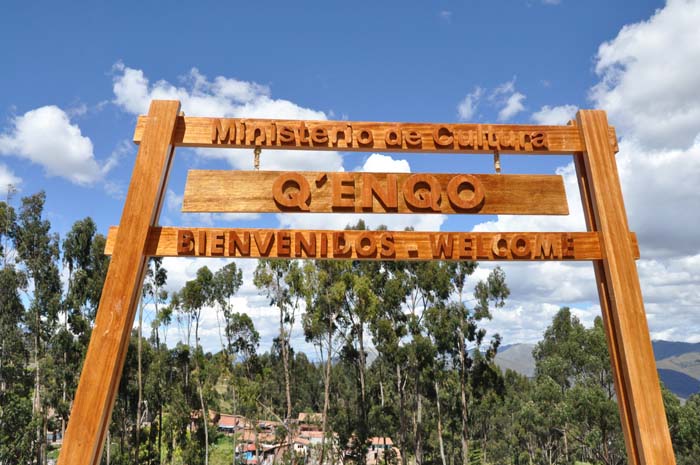 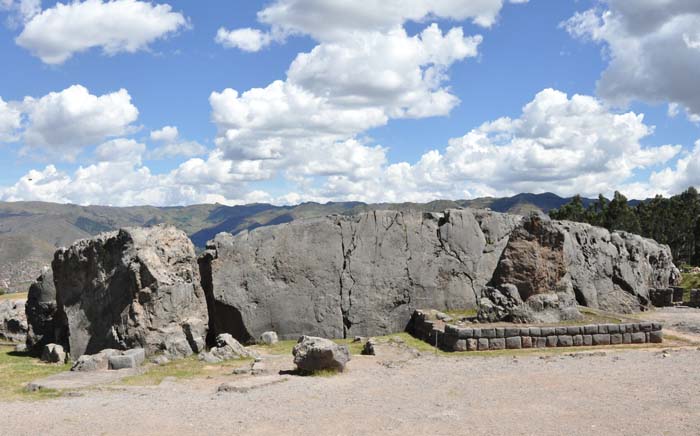 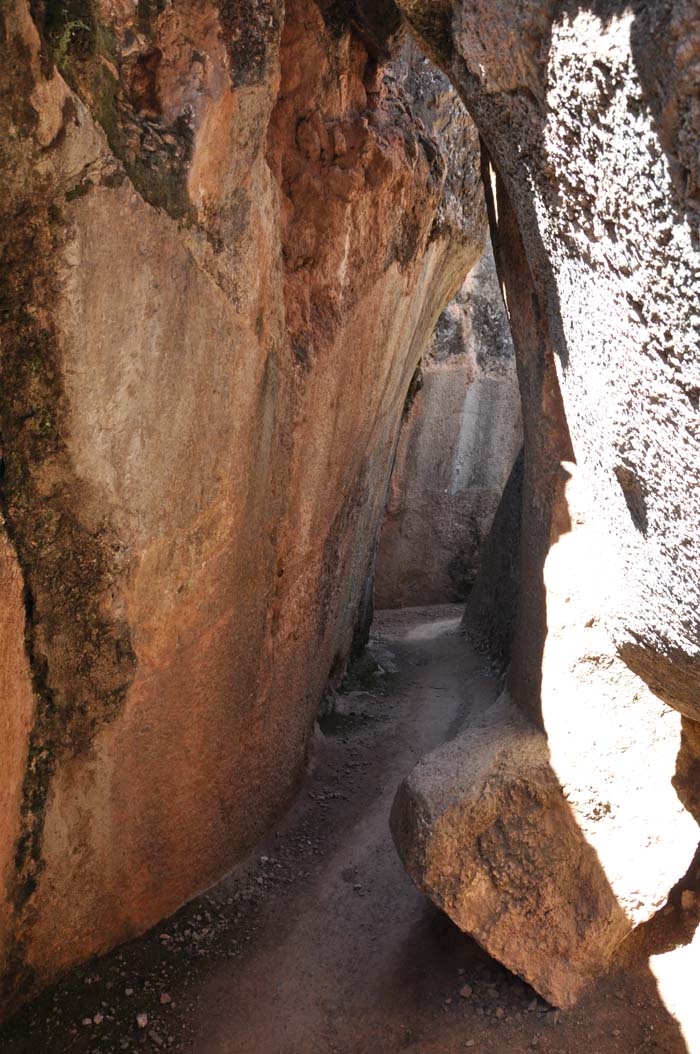 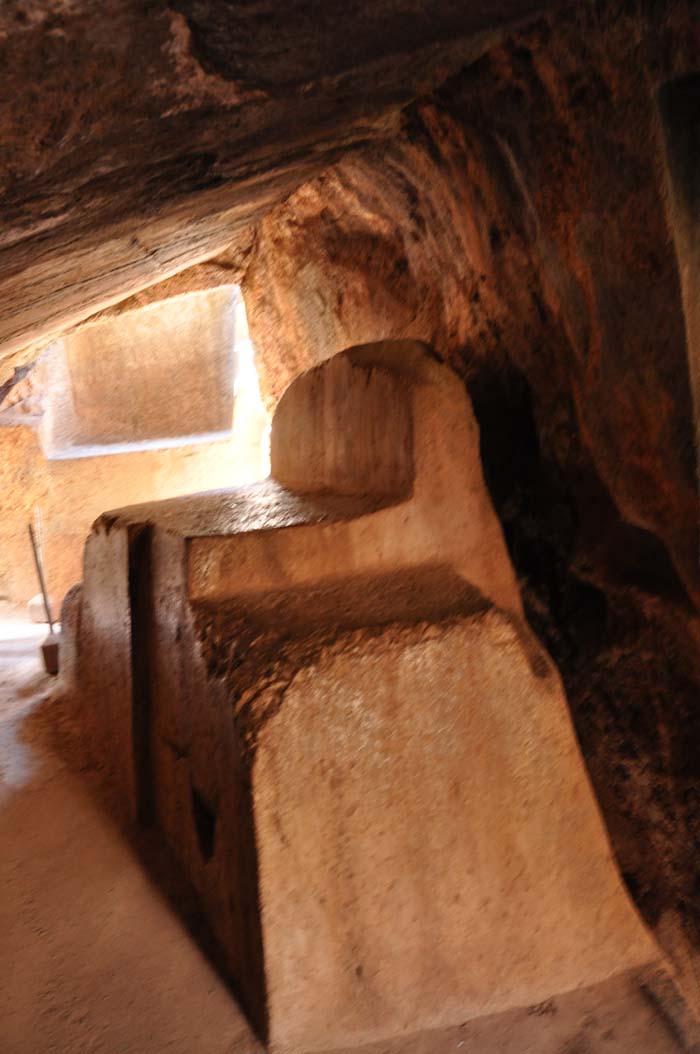 View of Cusco from Q’enqo: 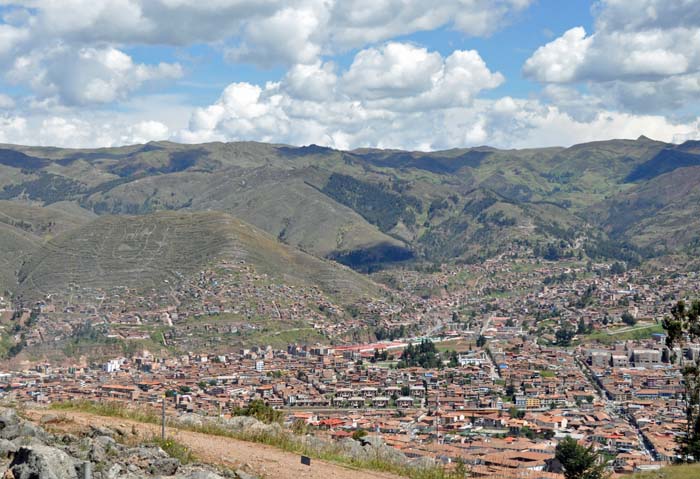 The last stop before going to our hotel was the site of Saqsaywaman (yes, like everyone says, pronounced “sexywoman”). This is a huge site with acres of land around it, often used for festivals, including the world-famous Inti Raymi festival. Percy said he remembered coming here as a child for it. There’s so much land and grass that we saw several herds of llamas grazing in the area. 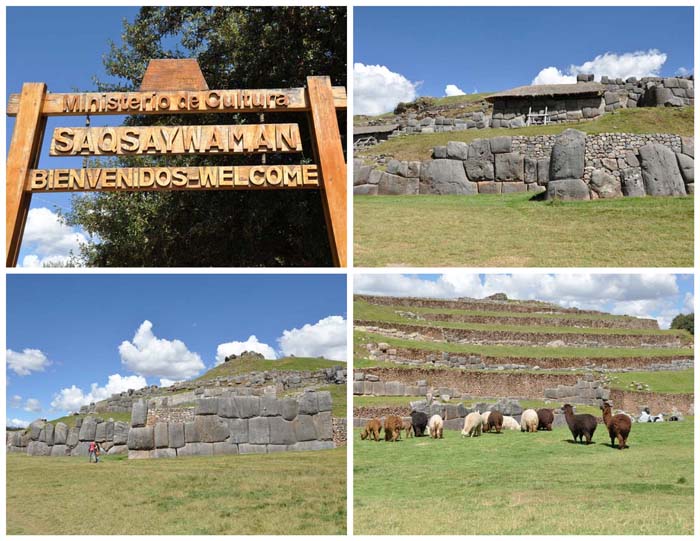 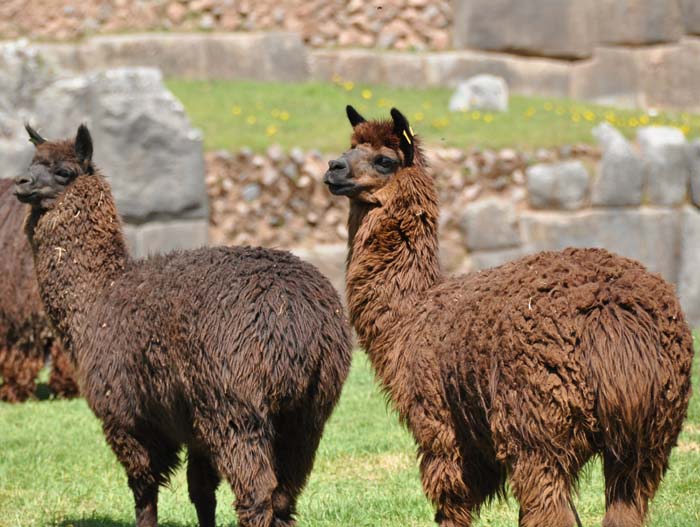 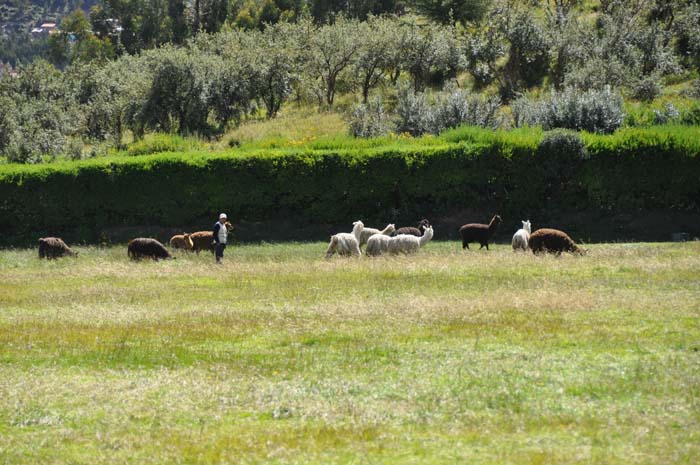 The stones at Saqsaywaman are big. Really, really big. They make you wonder how they were cut and moved there and if it would even be possible today. 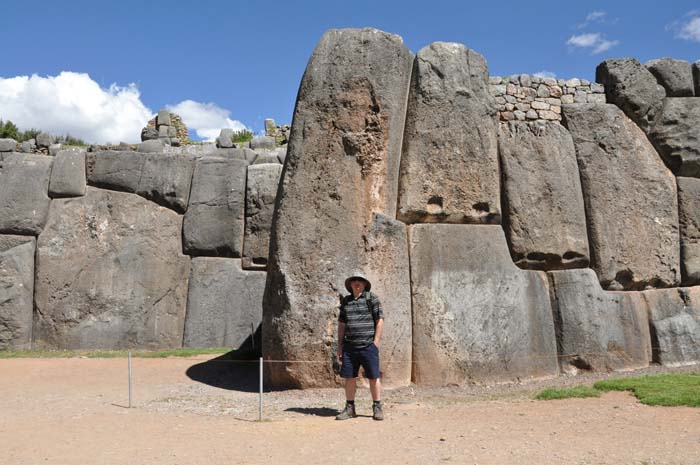 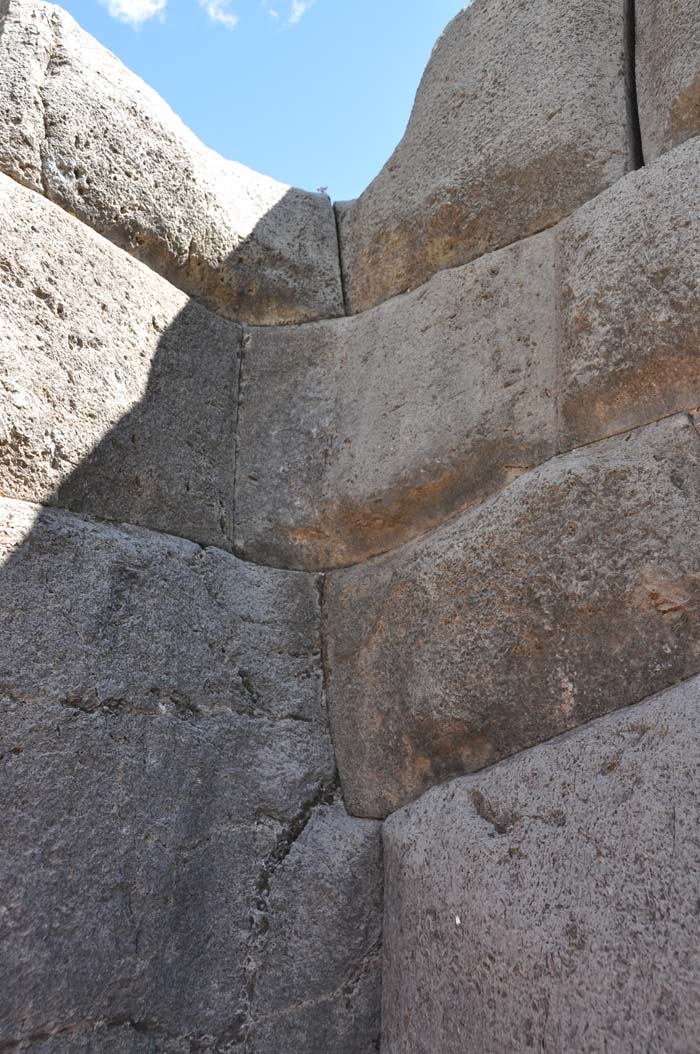 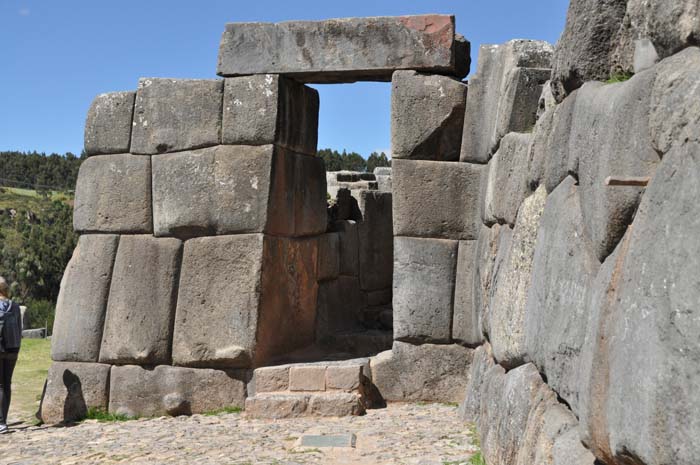 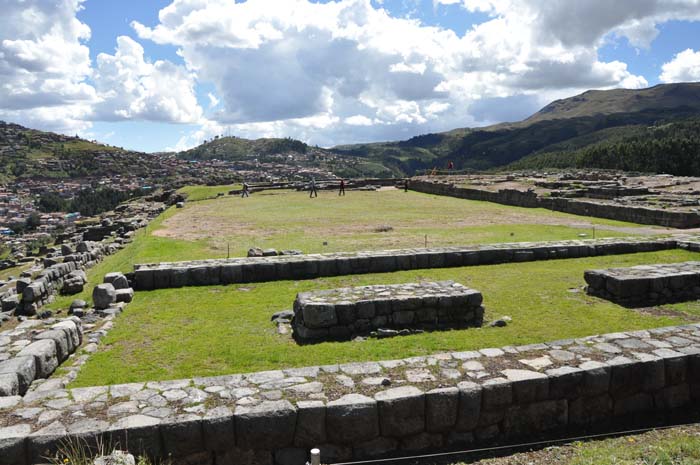 View of Cusco below, including the main square at the bottom of the photo. 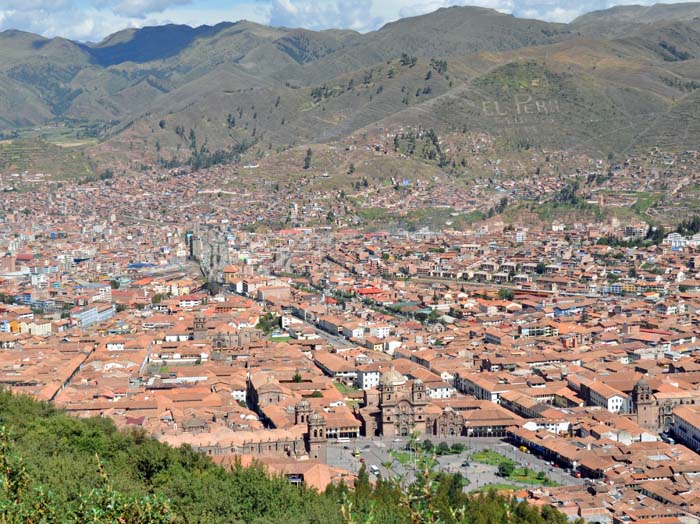