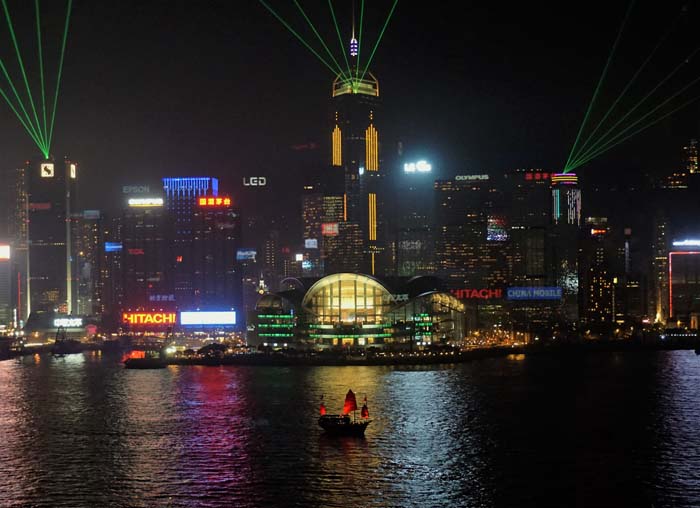 If you ever have the opportunity to fly trans pacific for the price of a transcontinental ticket, take it.

At some point in the Fall of 2014 I saw a deal for tickets from LAX to Hong Kong, nonstop, for under $600 (as a point of comparison, my June flight from LA to Boston this year was $504). This was not some 24 hour mistake or flash sale, it was the real deal, available on most major US airlines through Spring of the following year. I’ve seen similar deal this Fall, so keep your eyes open.

Knowing that my mother had always wanted to go to China, we quickly booked a trip to Hong Kong with a return from Shanghai for $608, nonstop (about 12-13 hours) each way for April 2015. There was a downside; these flights were on United’s old 747s which don’t have seat back video. But for that price, it was worth it.

The last time I’d been to Hong Hong was early 1999 so I was ready for another trip. We decided on four days in Hong Kong and four in Shanghai. We could have also gone to Beijing, but the excessive pollution tipped the scales to Shanghai (also, David and I visited Beijing in 1999, but I’d never been to Shanghai).

We had to get from Hong Kong to Shanghai on our own but there are plenty of flights and an overnight train between the two cities. We opted for the train, which was a fun experience (more on this later).

We left Los Angeles on a Friday for our flight to Hong Kong. The plane was packed and the seats were narrower than ever I’ve ever experienced. This was indeed the very old 747 we’d been warned about with no seat back video which made the westbound flight of almost 13.5 hours feel interminable. However, United does have a wifi entertainment system, so if you have a personal device like a tablet and you download their free app, this works ok for movies and the movies and TV shows offered are free.

Also, if you are skilled like my mom, you can bring your own cocktail ingredients (bitters, syrups) and turn a mini bottle of Jim Beam into a craft cocktail at 30,000 feet (above).

Once we landed in Hong Kong, we bought Airport Express train tickets which are direct from the airport to the city. We got off at the Kowloon stop and our tickets included a ride on the K2 shuttle bus which let us off a half block from our hotel, the YMCA for 70 Hong Kong Dollars (HK$) per person. This is a discounted rate (and is now $75 HK$) for two people traveling together. It is currently 90 HK$ each way for a single ticket. See more on the Hong Kong MTR site (look at group travel for multi fare discounts). There are racks near the doors on which you can store your luggage.

Salisbury YMCA
Here’s the deal, the Salisbury YMCA* has a million dollar address and is one of the best values in town. The hotel has been there since 1901, and while it might seem expensive for a “budget hotel”, keep in mind, rooms at next door at the Peninsula start at $800 a night for the same view.

This is no hostel with dorm rooms, it’s a full service hotel. We booked a full harbor view room for $245++ a night and I think it was worth it . Our room was on the top floor, the 16th, and had a full view of the harbor and the nightly light show. I am a person who is willing to pay more for “a room with a view”. If you aren’t, yes, cheaper rooms can be had in this hotel and others in the area. But this was the best value full harbor room in the area for the price.

The room was small but perfectly fine and looked to be recently renovated. The bathroom was nice with marble sink and counter.

Our room had two twin beds, but a room with one double bed might feel larger. There was a long desk/cabinet opposite the beds which held the TV, drawers and a mini fridge.

The beds are very firm. We had to ask for an extra pillow (so we could each have two) and a luggage rack, both of which were brought in minutes. There is a safe in the closet. There were no robes in the closet and no bar in the hotel, but there is a barber, bible study, and a self service laundry, none of which we used. For us, it was all about the spectacular view, and at night we got the full light spectacular.
By the time we got checked in it was late, but we were hungry so we set out in search of won ton noodles. We ended up at a place near the hotel called Chee Kee (G/F No.37 Lock Road Tsim Sha Tsui) for noodles with beef brisket and noodles with shrimp won ton, both served with a bowl of shrimp flavored broth. The beef was tender and the won tons were good, but the noodles were like straw in taste and texture (57 HK$ for my meal).

Next, all we wanted was a cocktail and bed and that’s when we discovered that the YMCA does not have a bar. Lucky for us, the Kowloon hotel next door does. The room was quite cold, and the cocktail, a bourbon smash with raspberries and lemon, was tasty but pricey at 100 HK$ compared to the cost of dinner.

* Link above is a booking.com affiliate link. Your cost will be the same but I will get a small percentage to help support this site.

A Visit to Oxford England