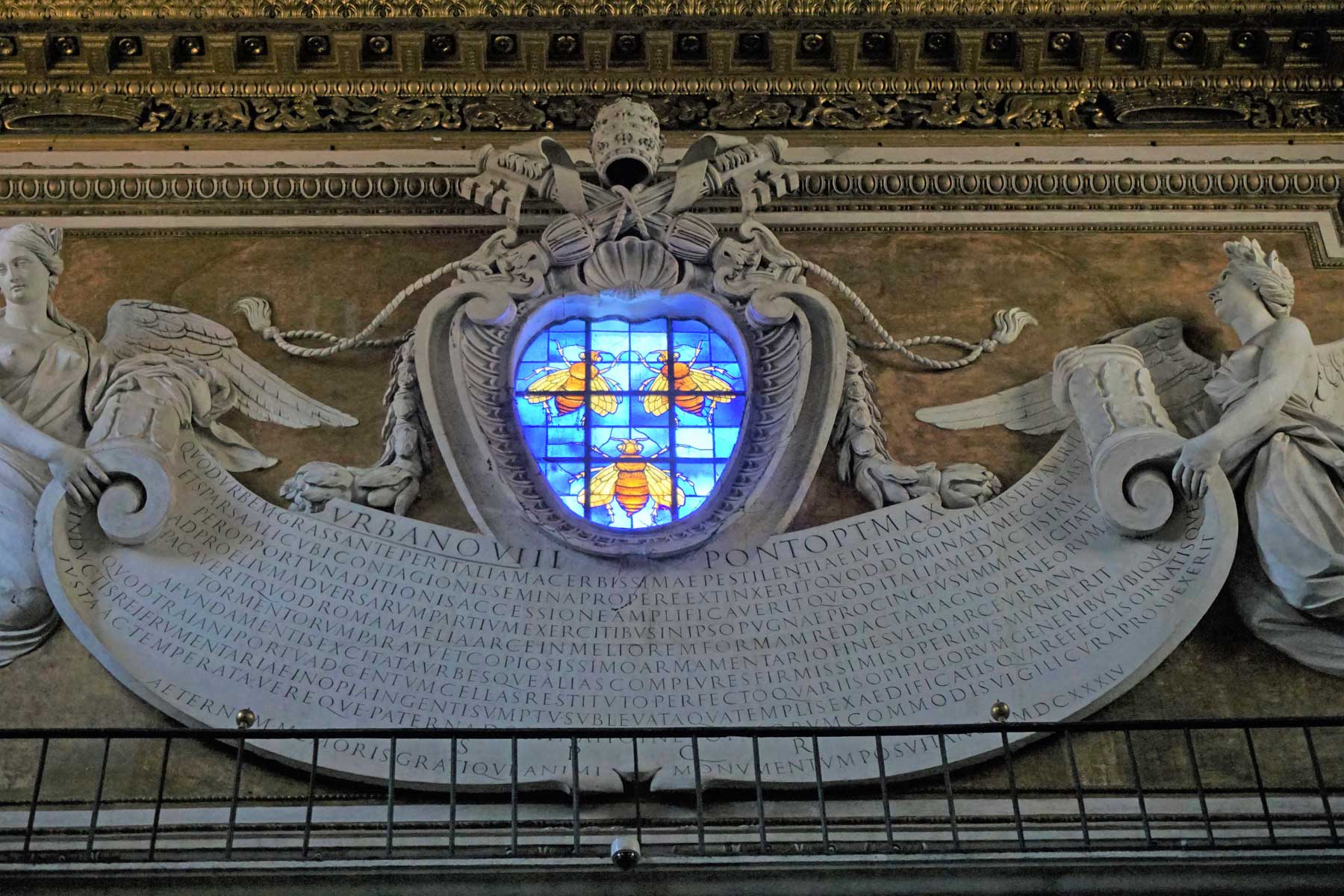 There are over 900 churches in Rome and while we were there we probably visited ten. Of those, four were named after Santa Maria. There are many others with that name so it certainly can get confusing. We like to visit churches, not because we are typically religious but because they are usually places to find a bit of quiet in the tourist chaos, beautiful architecture and history, and in Italy, often great works of art.

The Pantheon is arguably one of the most famous buildings in Rome and it is by far one of my favorites. Its appearance in the middle of the historic district when one emerges around a corner from some small street never fails to delight and surprise me. It’s so graceful and yet so ancient. For a building that’s almost 2000 years old, it’s held up surprisingly well considering it’s been in continuous use all that time, first as a temple and then a church, dedicated to, you guessed it, Mary. Its official name is Santa Maria and the Martyrs. This is still a working church with a mass held on Sundays, so please be respectful inside. It’s not just a tourist destination.

The hole in the center of the dome is called the Oculus and is open to the elements 24/7. Yes, sometimes it rains inside the church.
Admission is free and you can see the hours they are open on their official website.

I’ve always loved the church of Santa Maria Sopra Minerva. Ever since we first visited it in 2008 and learned about the connection to St Catherine and her missing head (you’ll have to follow the link), it’s had a soft spot in my heart. It’s also located right around the corner from the Pantheon and has this nifty statue of an elephant with an obelisk on its back (what IS that?) out front.

Note: My sister-in-law, who is a professor of ancient roman history, sent me this, regarding the statue in front of Santa Maria Sopra Minerva:
When they were digging the foundations for Santa Maria Sopra Minerva in 1665, they found an Egyptian obelisk, probably one of Augustus’ acquisitions from his conquest of Egypt back in 33 BCE. The Pope wanted to re-erect it. Meanwhile, Bernini (That Bernini) had elephants on the brain ever since being one of the first Romans to see one in 100 years, from a parade in 1630. Elephants were African, obelisks were African via Egypt, so he, or more likely his assistant, put them together. There’s also a claim that he was inspired by a popular 15th-century romance novel called “Poliphil’s Dream of the Love Battle,” in which Polophil encounters an elephant made of stone carrying an obelisk. The Romans call it “Minerva’s chicken.”

The church also has an unusual sky blue ceiling.

At the top of the stairs next to the “wedding cake” (the Vittorio Emmanuele monument), near the Forum, is the church of Santa Maria in Aracoeli. It’s at the top of the Capitoline Hill so of course there’s a good view from up there. This was previously the location of a Roman temple of Juno Moneta and later a Byzantine abbey.

The stuccoed figures in the image below were designed by Bernini and the three bees are the heraldic symbol of the Pope.

It has a wood compartmented gilded ceiling from the mid-1500’s.

Finally, the last “Maria” is the Church of Santa Maria in Trastevere which has gorgeous 12th and 13th-century mosaics in the nave. The 22 giant granite columns came from the ruins of the baths of Caracalla.

And in another direction from the churches, we went full modern to check out the MAXXI museum. This is the National Museum of Art of the 21st Century (hence the XXI in the name). Closed Mondays.

As much as we love ancient history and art, we love the new and modern stuff too.  The exhibits here change so what I have in my photos may no longer be shown, but I still think it’s worth a trip out of the center, especially if you enjoy modern art.

From the streets of Rome…

Around the World Pre-Trip Journal June 1998