Random Article
Search
July 14, 2010
Isla Contadora
After yesterday’s boat adventure, David really wanted to go diving and had made plans to go out very early with Guillermo on a 2 dive trip. I had considered going along for the ride, but decided against it when when we woke to cloudy skies. Even though I’m certified to dive, I hadn’t brought my card and the thought of sitting on a rocking boat for an hour or two, didn’t appeal.
Picked up at 7 and returned by 8:30, David was exhilarated by the dive. They ended up doing only 1 dive, albeit a long one of almost an hour, and David hadn’t used his full tank, a point of pride for divers.
He took a rest and then we walked into town (checking on the kitten who was still there and being fed) to rent some snorkel gear to do some snorkeling from the shore. The hotel says it has gear for guests, but the other four guests had been hogging the few good pieces available the entire time we’d been here.

It was beastly hot because much of the cloud cover had moved away, but we were hoping the sunshine would lend itself to some good snorkeling. We picked up the gear at Coral Divers and then decided to get some lunch first. There aren’t a lot of options and we checked Fonda Clarita and another local place to see what was available that day. None of it appealed to David, so somehow we ended up back at Gerald’s where I had some shrimp scampi, David had sausage, and it took forever to get our food even though we were the only people there. 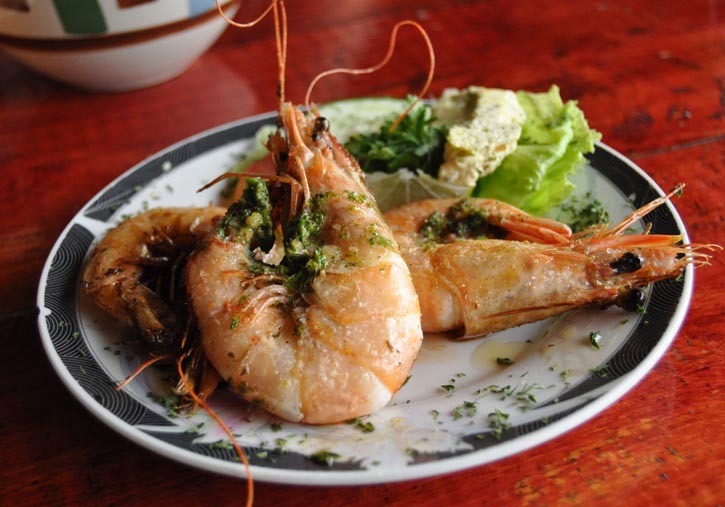 From there, we walked over the the old, abandoned Hotel Contadora. This place is creepy even in daylight. There were some guys there, erecting some sort of temporary shelter next to the hotel. The hotel itself has been stripped of anything of value, down to the doors and windows and would make a great setting for a horror move. In addition to all the weirdness, pulled up on the sand is a rather large ship, also abandoned. 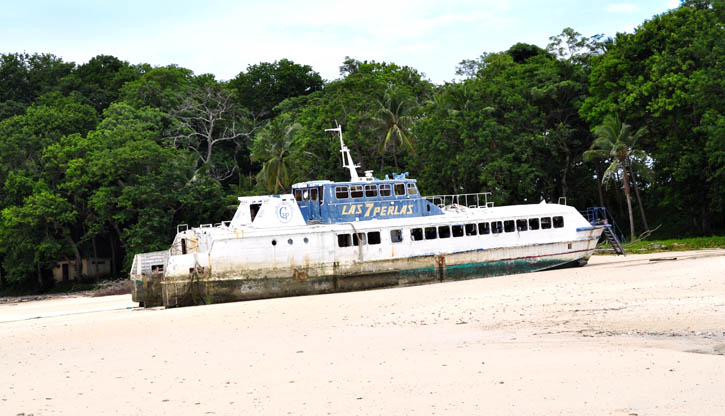 We walked all the way to the opposite end of the beach, but could not shake the creepy factor, nor find a place we felt would be safe to leave our stuff (including camera) while we both went into the water. The beach and water also had a lot of trash so finally we gave up and just decided to walk to another place. 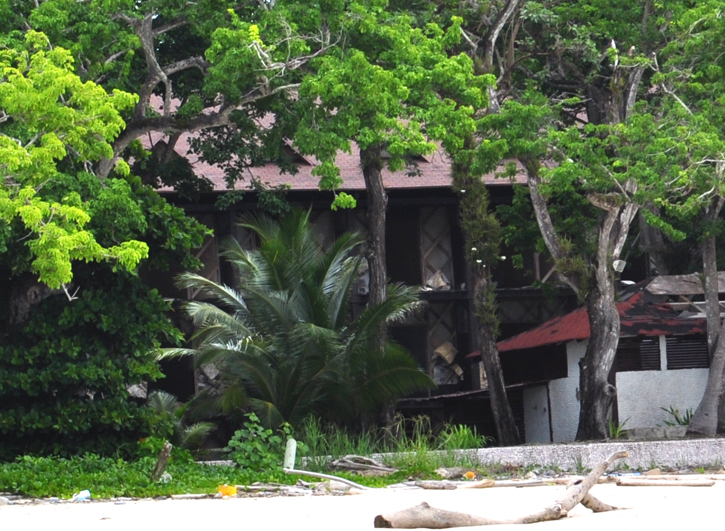 Overheated, we settled on the beach in front of the airport and Punta Galleon Hotel. It was deserted and we left our stuff under a large shade tree and went out. The snorkeling here wasn’t bad, we saw lots of fish and the water was warm. 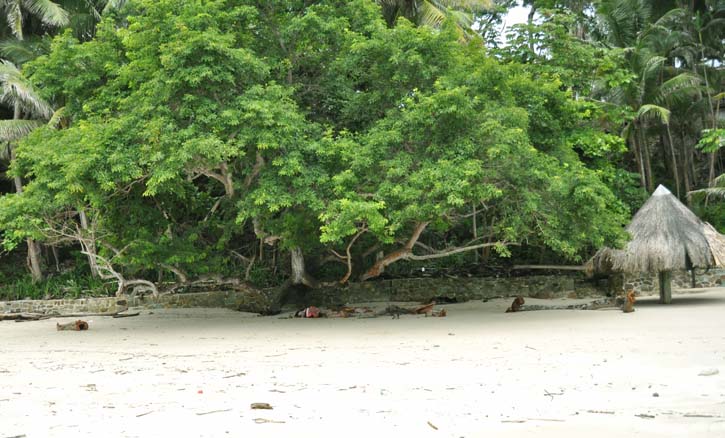 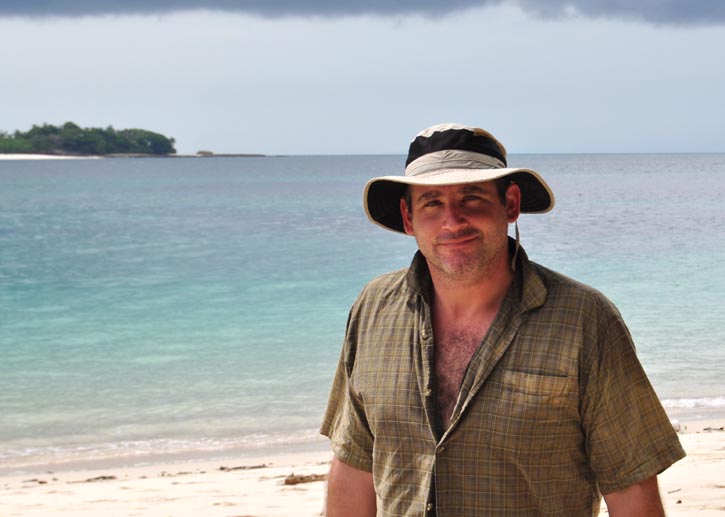 By the time we got out, a storm was brewing and we figured we’d better get back to the hotel before we got caught out in it.
On the way back, we stopped at the Aero Perlas office next to the runway and asked about our chances of actually leaving on time tomorrow. We’d heard rumor that they might bump people off the flight, or that our luggage might not make it on with us, because flights today had been canceled and tomorrow’s flight was already full. Apparently, tickets don’t mean much.
We were told, “with luck and good weather” we would fly tomorrow. Reassuring? Not so much.
Dinner that night was back at Villa Romantica, where we we chatted for a long time with the eccentric owner, Charlie, a German expat. David had chicken schnitzel and vegetable soup and I got the corvina again with a portion so big I took half of it to go.  We left the restaurant in the dumping rain, but instead of running back to the hotel, we walked almost all the way into town to where the kitten was to give it some of the fish. Unfortunately, it was dark and we didn’t have a flashlight with us so we could not see the kitten anywhere. I left it some fish anyway and we sloshed back to the hotel.