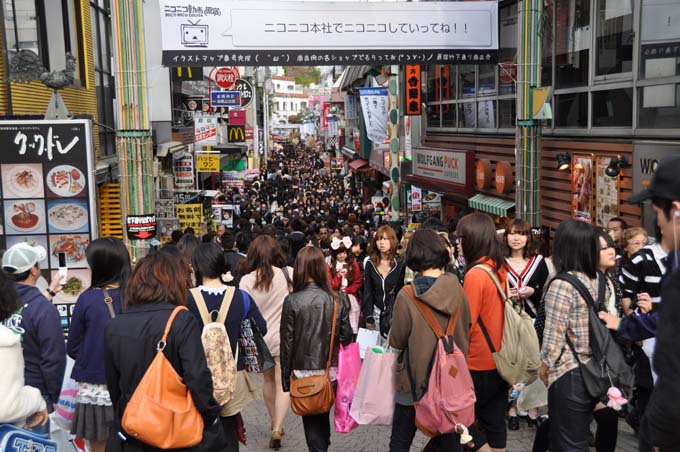 On our first Sunday in Tokyo, we took the metro to Harajuku station. We’d heard on Sundays that people (mostly girls) like to get dressed up in cosplay and various Lolita type costumes and that a nearby street, Takashita Dori (photo at top) might be fun to walk around. We were completely unprepared for what we found. The area around the station was just packed with people shoulder to shoulder and some of the costumes were seriously over the top. The favorite of the day seemed to be the Strawberry themed “Sweet Lolita” characters, but we also saw plenty of Gothic Lolitas and a couple sailor types.

Takashita Dori is a pedestrian only street loaded with cheap clothing shops and fast food places catering to local teens. We stopped for the popular snack of a crepe loaded with fruit and ice cream (disappointing and chewy). Savory crepes appeared popular as well. While eating our crepes we happened to see one of the areas’s well known local characters an old man in an odd outfit, complete with live fish in glass bowls hanging from his ears.

Over near the entrance to Yoyogi Park were the rockabilly boys who have portable music players blasting 50’s rock music. These guys all wear similar tight jeans, pompadour hair, pointy shoes and move to very specific stylized dance moves. There’s also a small subset wearing saddle shoes and poodle skirts.They stand in circles dancing with their group and there are 3 or 4 groups in this wide plaza area. It was hard to tell if they were competing or just doing their own thing. David said he remembers them from when he was here as a kid, and by all looks, some of these guys appeared old enough to have been here the first time David was here 25+ years ago. Some of these guys have worn down their shoes so much they have put white tape on them to keep them together. 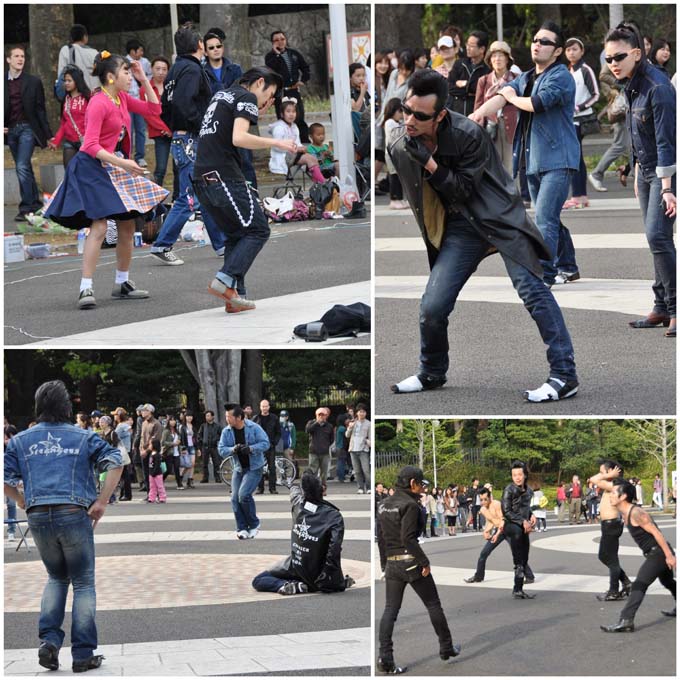 Across from the park is the Olympic Stadium and the area in front was packed with thousands of Lolita dressed girls. It did look like some sort of convention was going on there, complete with admission lines to go inside the building, but it was hard to determine because few of the signs were in English. Pink was the predominant color. 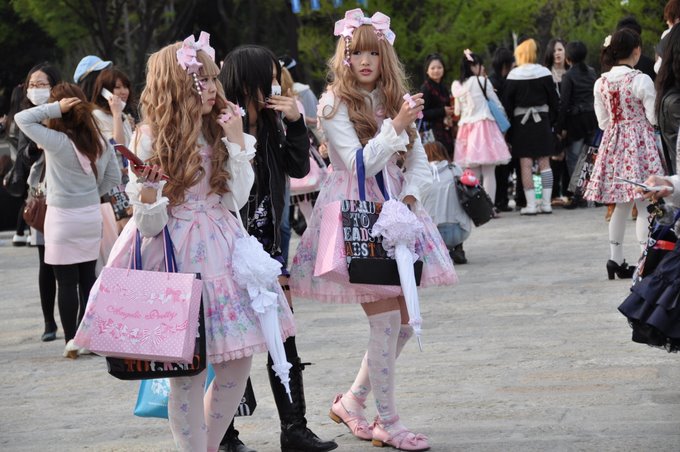 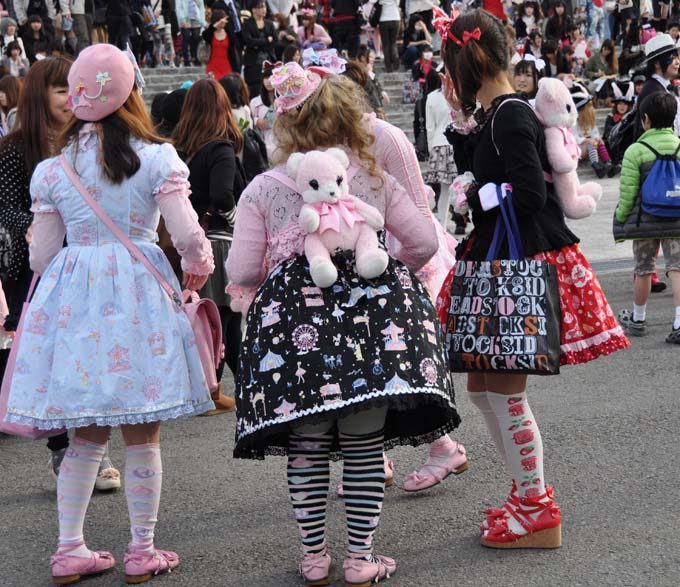 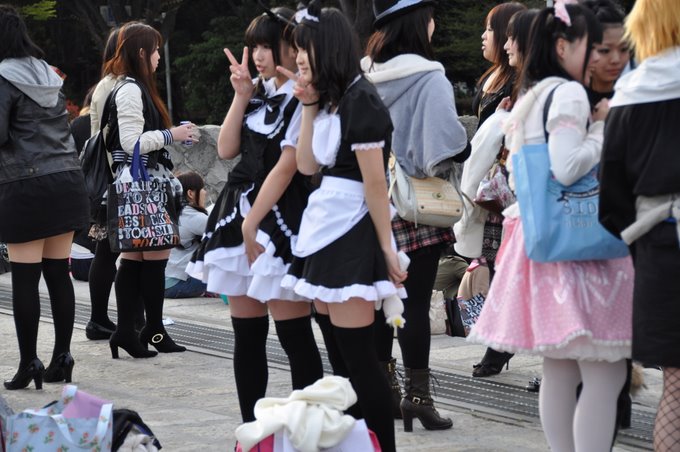 A week later we were in this neighborhood again and hardly saw anyone dressed up so in the end we don’t know how often this happens. Friends told us when they were here last Fall, there didn’t see anyone dressed up.

A Tale of Two Breakfasts in Tokyo's Tsukiji Fish Market