Oh yes, Nara Japan has it all, including a few thousand tame “sacred” deer who are free to roam the streets, wander into shops and restaurants and lounge about the local parks. These deer are considered “messengers of the gods” and are all over the 1300 acre Nara Park where most of the temples and National Museum are located.

We took the shuttle bus from the hotel to the Kyoto train station and then used our Japan Rail passes to take the train to Nara. We got on the first train available and this one looked much like a city subway train. Indeed, it was the “slow” train, stopping at every station, making it a 64 minute trip vs. the faster train which takes 48 minutes.

At the Nara train station, we visited the Tourist information desk and got a map and directions on where to go from there. It’s incredibly easy;  just walk out the station, across the parking lot and up the main street on the left. About 6 blocks later we reached the first of many temples.

At this point we started running into some of the sacred deer. They like to hang out next to the carts where people sell deer crackers (go figure) but really, they are just about everywhere in the park areas. 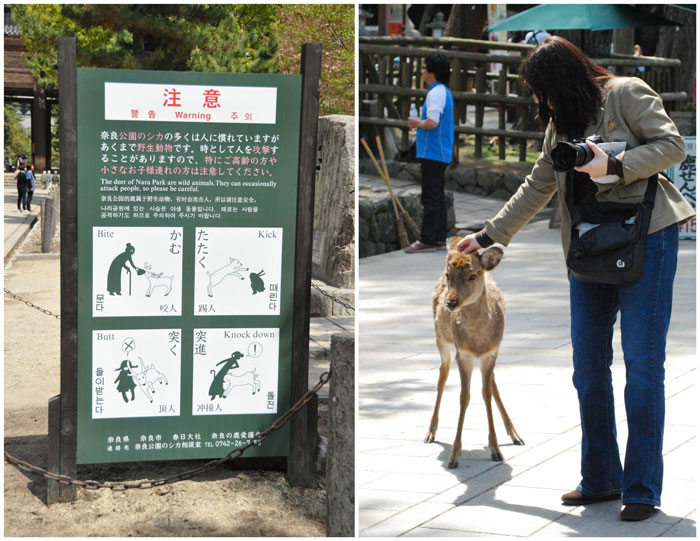 See the sign; be careful they don’t “butt” you!

Our next stop was Todaiji Temple, home to the largest bronze buddha in the world and the temple building itself is considered to be one of the largest wooden structures in the world. 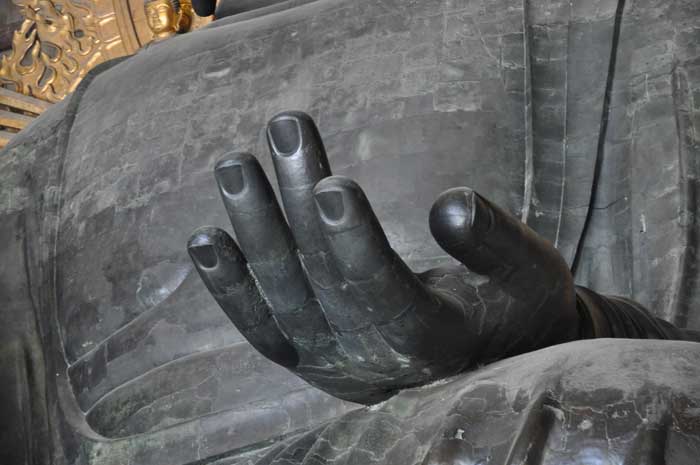 Buddha’s hand; if his ear is 8 ft long then then hand must be about 10 ft.

Before we left Nara, I had to give feeding the deer a try. I bought some deer crackers and the woman told me to be careful and to put up my hands, palms out, when I ran out of food. The deer would understand the signal. Very quickly I was surrounded; they weren’t really agressive, just insistent. One even tried to get into my jacket pocket and into my bag. But as soon as I put my hands up they waked away, off to find someone else to feed them. 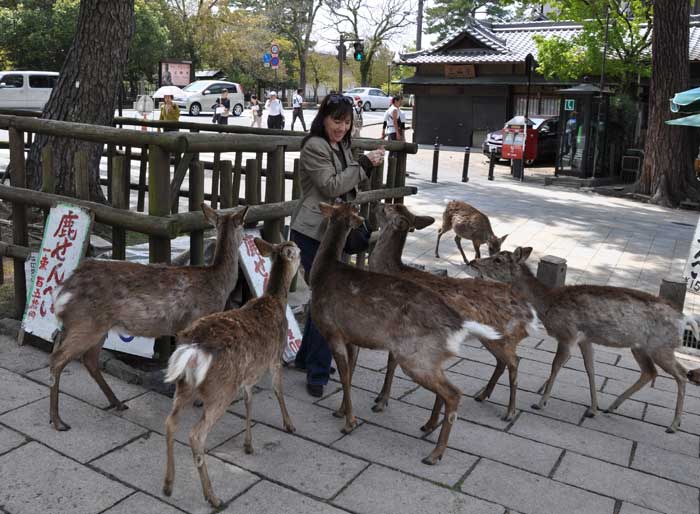 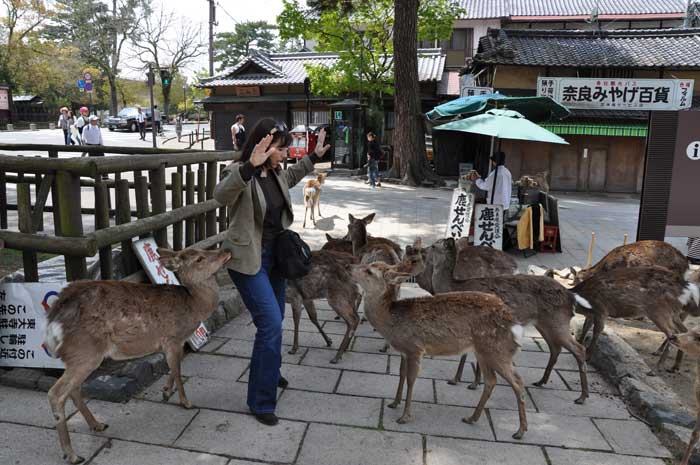 Deer sign language for “I’m out of food!” Yes, they DO understand.

There is a lot to see here and we barely scratched the surface. Most people visit Nara as a day trip, but it could easily be an overnight stop because there’s so much here. I would have loved to have time to check out the National Museum and there’s the Nara City Museum of Western Photography, which, had I known it was there, I would have made time to visit.

After about three hours we were tired from walking and hungry. Thereweren’t a lot of options for an affordable lunch in the area around where we were so we took the shuttle bus which runs in a circular route (200 yen each) back to the bus station across the street from the train station. We knew we wanted to visit the temple at Inari with the thousand red gates on our way back to Kyoto, so we decided to stop right there and have lunch. Down a dark hallway on the outside of the station we found a teeny-tiny family run place with just two tables and a counter. We sat at a table and enjoyed an inexpensive meal of tonkatsu (breaded pork cutlet) and beer. The set meals were about 650 yen each. 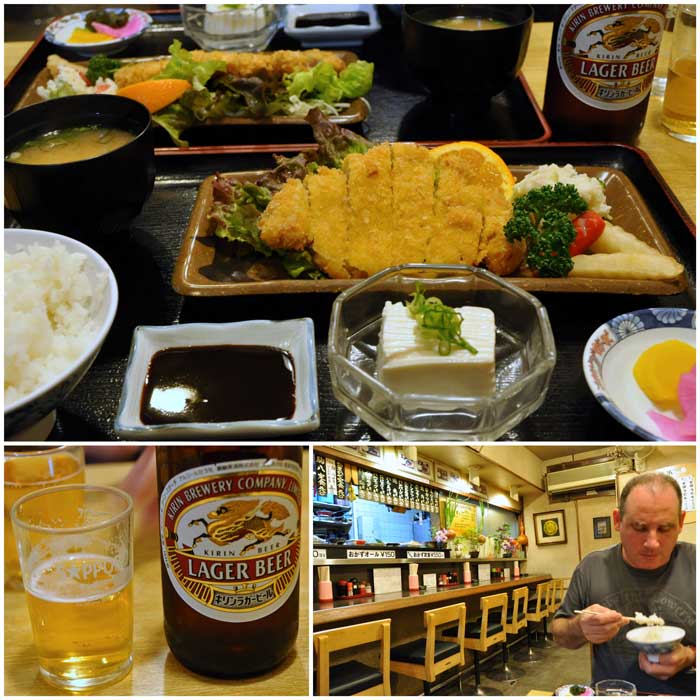 When it was time to get back on the train, we had to make sure we had the right one which would make a stop at Inari. Unfortunately, we missed the fast train by a minute and our option was to get on a slow train (72 minutes, ouch), or wait half an hour for the faster one which would get us there at about the same time.

We opted for the slow train, taking out the MiFi and using the time on our phones to catch up with life back home.