Exit the Inari train station, cross the street, and you are practically at the entrance gate to the Fushimi Inari Taisha Shrine. Behind the main shrine temple is a 4km circular route (actually more like a figure eight) which cannot be seen from the start. It’s almost impossible to judge the scope of the setting and we had no map. Did I mention it’s on a hill too? Still, we set out, hoping to see at least some of the hundreds of “gates” dedicated to Inari before the sun went down too far.

Inari is the shinto god of rice and this temple was erected in his honor. The fox is supposed to be Inari’s messenger so there are hundreds of statues of foxes all over the temples and cemetaries which dot the path along the hillside. 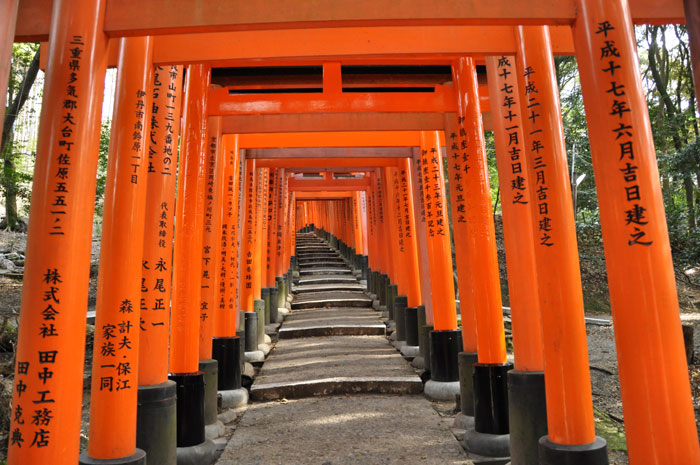 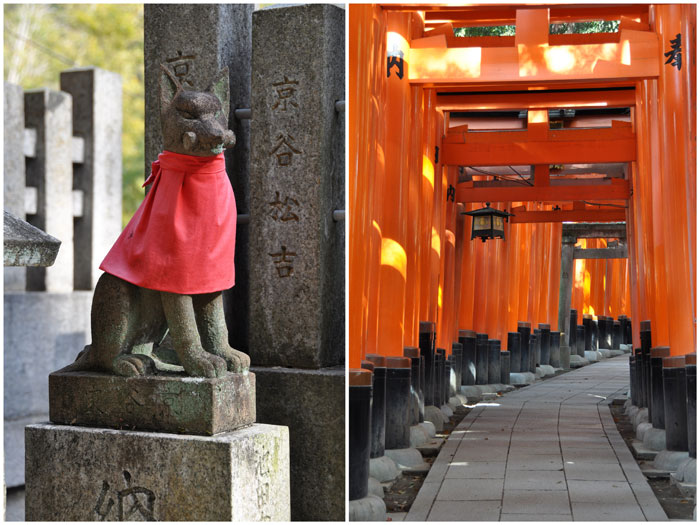 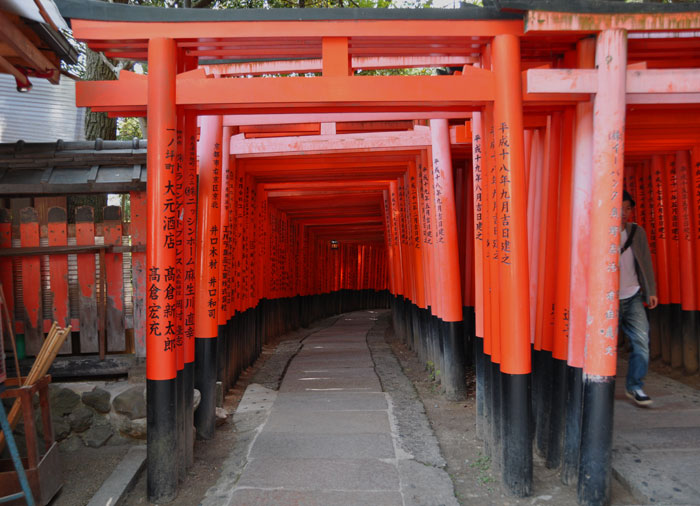 After the first set of gates we arrived at another small shrine area where blank prayer plaques called ema and miniature gates can be purchased along with other small religious souvenirs and charms called omamori. 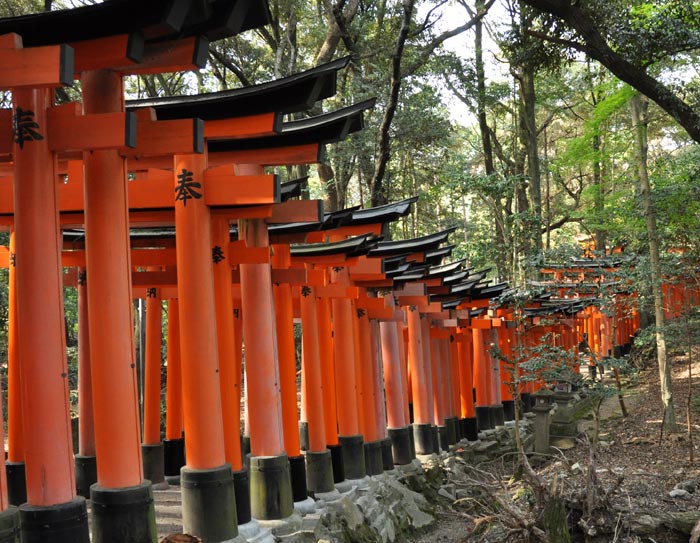 It was a cool day but by the time we got to what we thought was the top, we were sweating. Then David spoke to some French tourists, one who lives there and had been before, and she explained that there was more to the route and we were really only near the middle. At that point, there are a few small tea houses so if you want to stop for refreshments you can, or keep walking. It was getting late and we needed to get back but I would love to come back here and plan to spend the whole day to walk the entire route, perhaps bringing a picnic along. The setting in the forest is well shaded and tranquil and would make for a wonderful leisurely day. 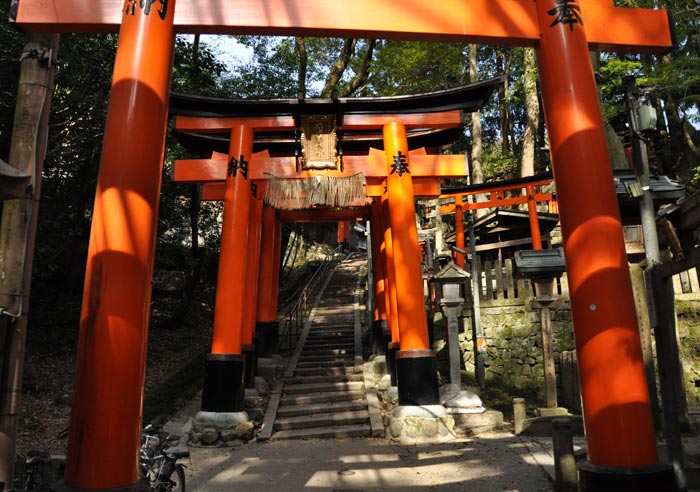 The train back to Kyoto takes only 7 minutes so we just hopped on the first one that came along and were back in Kyoto in no time.