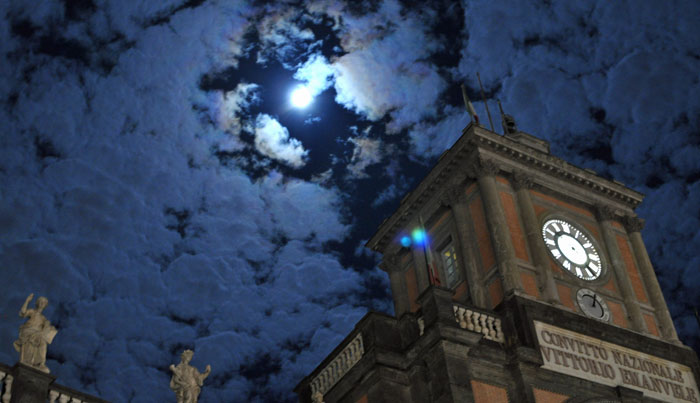 A city at night is an entirely different animal than a city in the day time, isn’t it? Some can be romantic (think Paris), some can be rockin’ (think New York) and some can be downright dangerous (insert your favorite scary city here, I won’t take sides).

Naples at night didn’t fit any of those stereotypes, despite all the warnings we had before arrival. As during our daytime wanderings, we walked the city at night, mostly in search of meals in various parts around Piazza Dante and in the Historical Quarter. What we found was a city which seems to shut up tight except in neighborhoods where there are a lot of restaurants and/or tourists. In fact, I was surprised at how quiet and deserted it seemed at times.

Below, the street connecting Piazza Dante and Piazza Bellini. During the day it is filled with used book stores catering to the nearby University. At night, it is shut up tight and covered in graffiti. 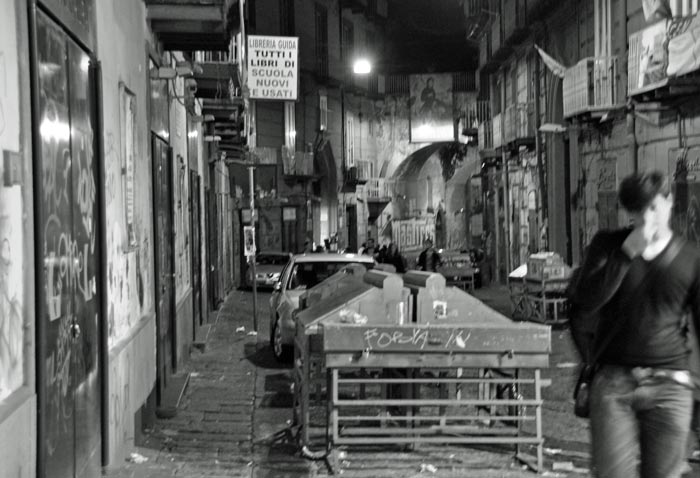 This Fritturia on Piazza Dante (below) was hoppin’ right around dinner time with people picking up bags of fried goodies to take home. We had some; two pieces each fried mashed potato balls, slices of fried eggplant, fried zucchini flowers, all for 2 euro total. They were fantastic. The guy behind the counter wansn’t hard on the eyes either. 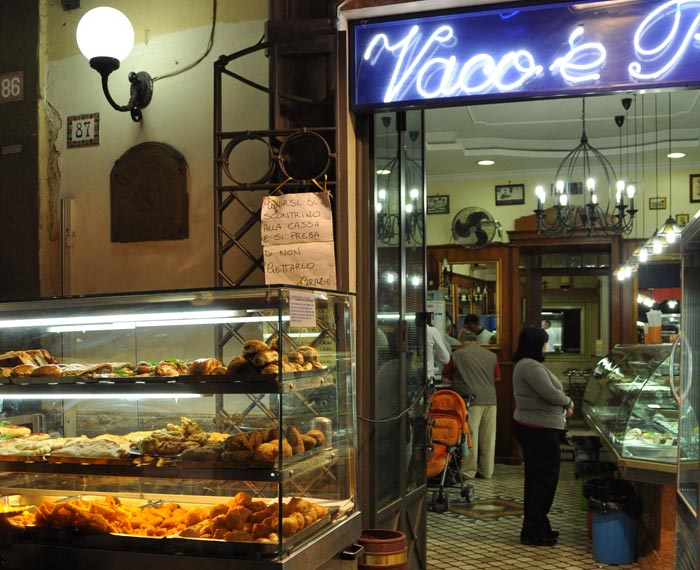 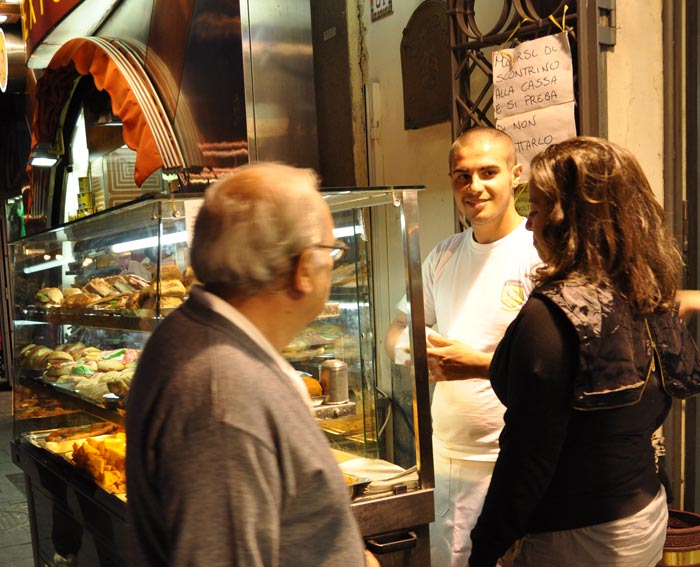 Naples is covered in small shrines and every street seems to have their own. At night, they are all lit by electric lights, but I bet it wasn’t all that long ago they were lit by candlelight.

At night, even the grafitti looks interesting. 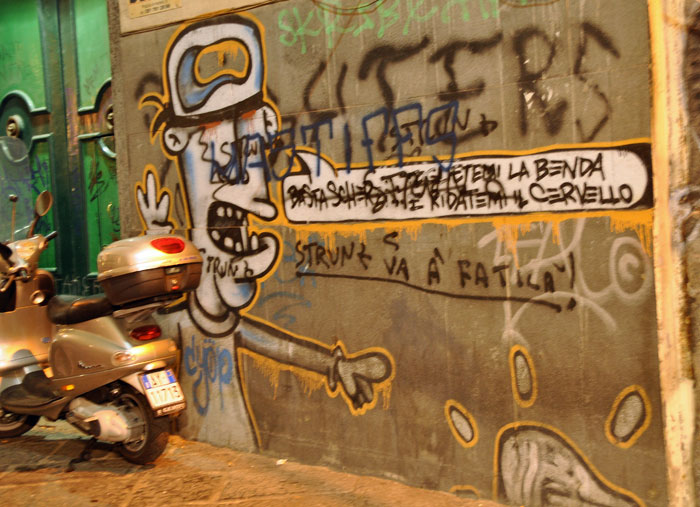 During the day Pizza Dante is like any other public space, but at night it becomes a gathering spot for local teens to hang out, skateboard, and flirt. 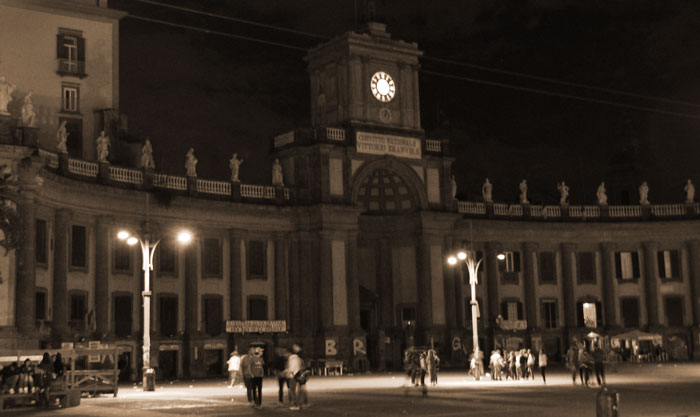 *Song lyrics at top from the Door’s “LA Woman”.