It’s no secret both David and I love our kitties. When we travel, we’re always on the search to get our fix because we so miss our three cats back home. Turkey was heaven for us. Every time we stepped outside it took less than 2.3 seconds to spot a cat, and most of the time they were friendly, willing recipients of a head scratch or belly rub.

Turkey even has its own breed of cat, the Van (in top photo). This one, complete with one blue eye and one green eye, typical of the breed, spends her days in a shop on a walking street in Selcuk goes home with the shop’s owner at night. According to the man, she’s “famous” (there was a sign up about her and her sister who had recently been killed by a car). We never came across another Van cat on our trip, and certainly not one roaming the streets. Perhaps if we’d traveled in the eastern part of the country, near lake Van where they are from, we would have seen more of them.

Some of the first cats we saw were at the Blue Mosque: 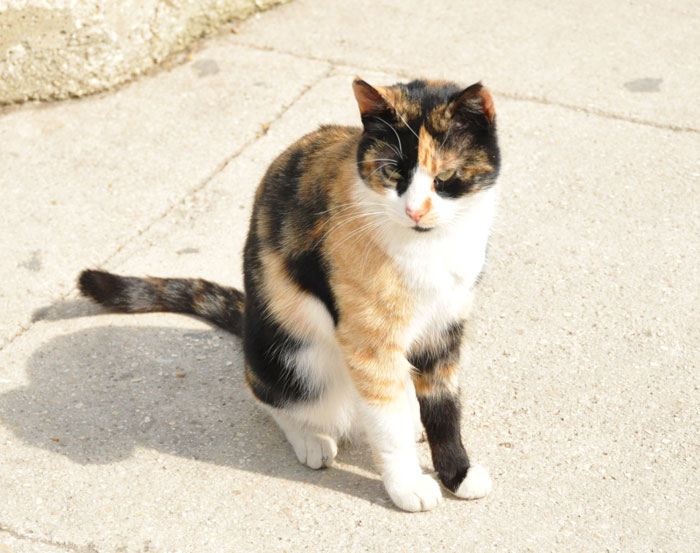 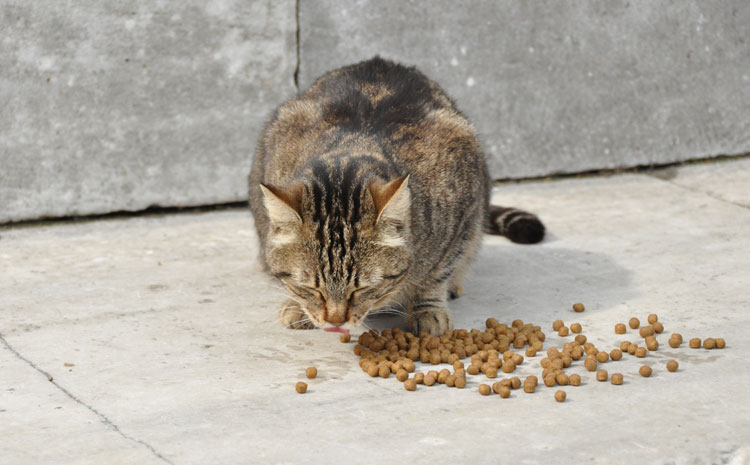 It’s been theorized that Turkey is a cat lover’s paradise because the koran lists dogs as “unclean” and does not say the same as for cats. There is also a myth that Mohammed himself loved cats and cut off a piece of his own cloak (or vest depending on the story you read) rather than disturb the cat sleeping on it. 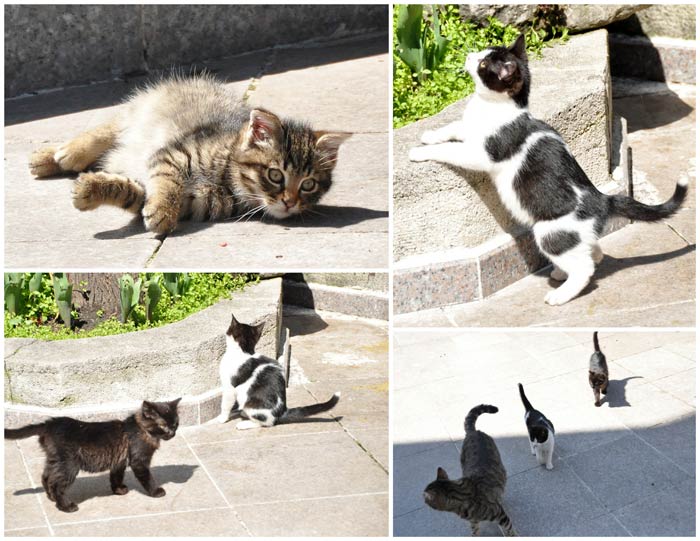 Regardless of this, there are cats everywhere in Turkey and even the ones without homes seem very well cared for. In fact, I saw a mama kitty with 3 kittens who had blue thread on her side where she’d had a wound stitched up. Even though she was feral, someone was taking care of her ( photos above). 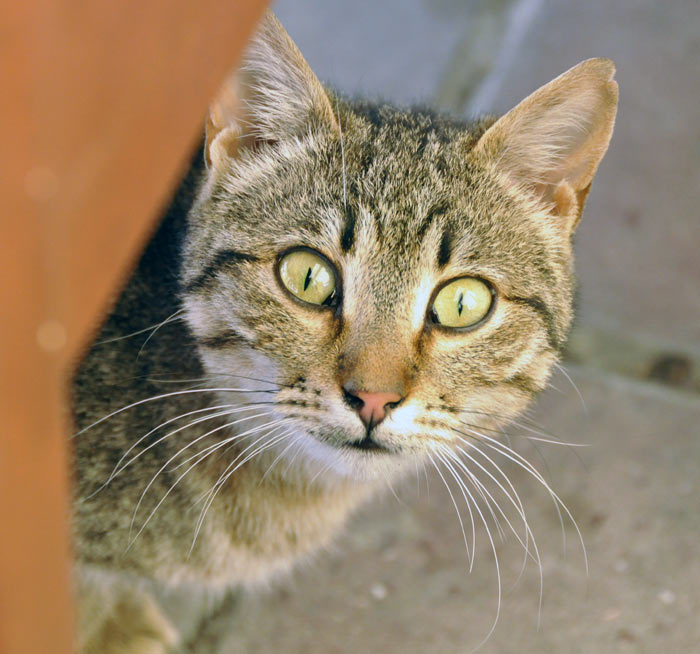 It’s not uncommon to find cats hanging out looking for a handout in outdoor restaurants. I happily shared my meals more than once with these guys (above and below). 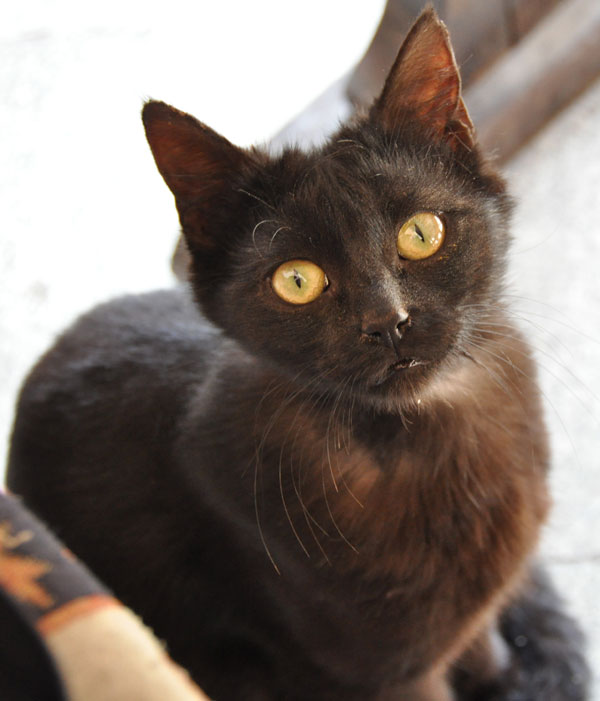 And sometimes they shared their meals with others…

We often saw bowls of water and food set out for the cats, and unlike in cities like Bangkok (which also has a huge cat population), I didn’t notice a predominance of deformed or crooked tails.

Sometimes we found cats in some surprising places…

There were quite a few literary cats… 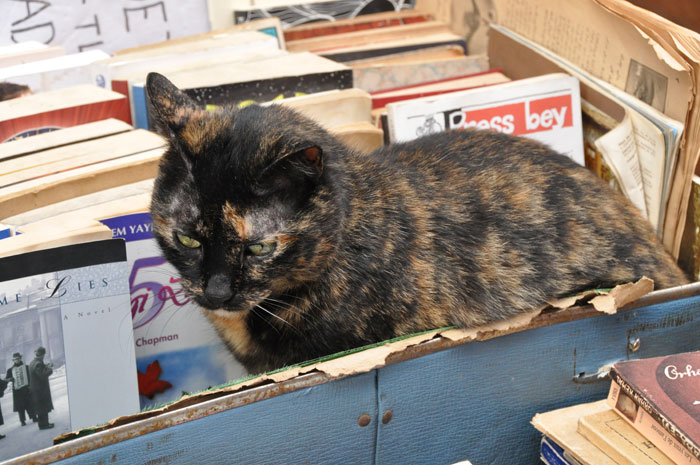 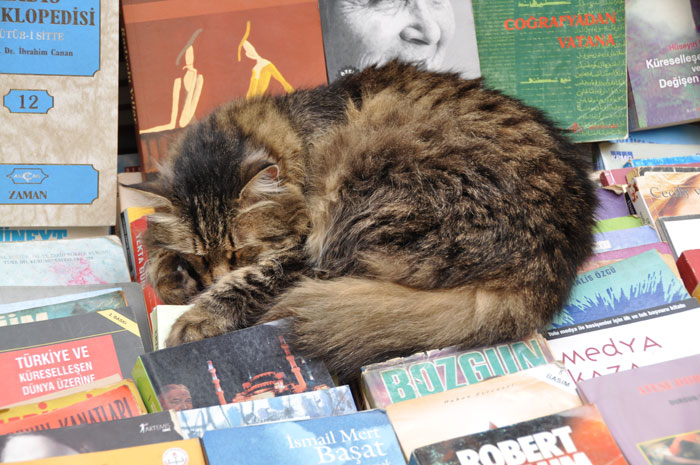 And even one up on an awning over a shop: 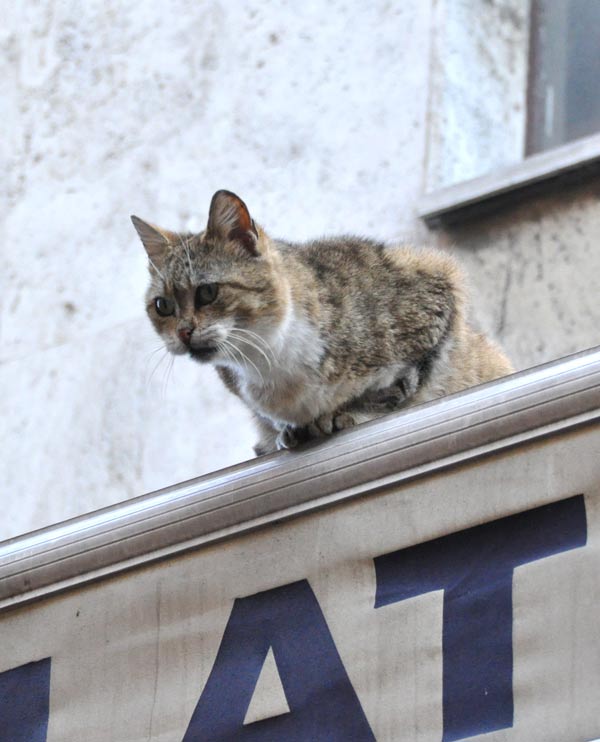 Ephesus and Selcuk had no shortage of these beauties either, lounging on stones and mosaic tile floors which have been there for millennia. Most of the cats at the ruins seems to be some mix of calico. 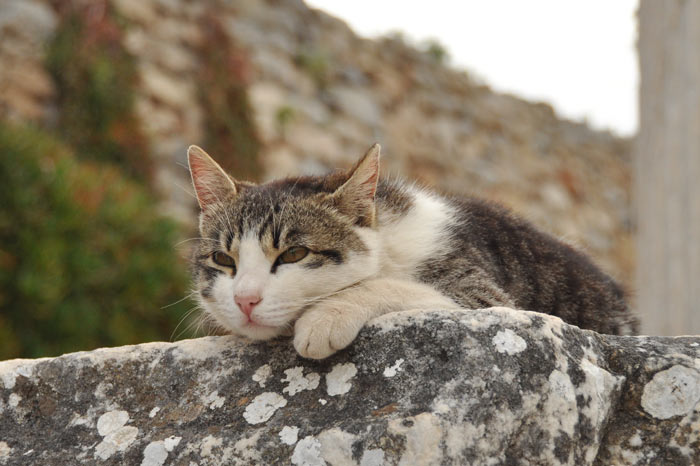 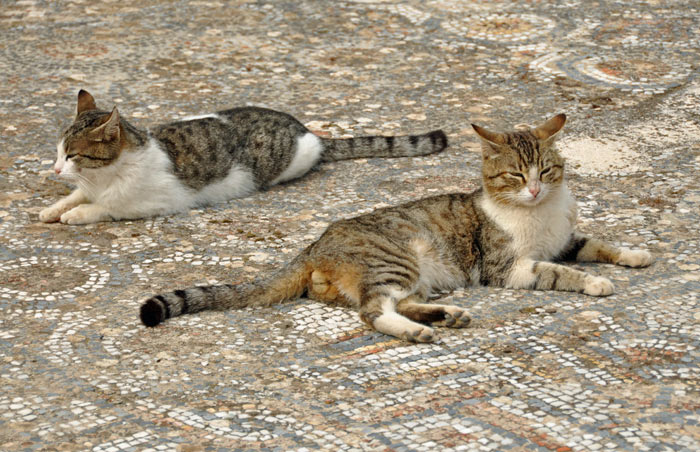 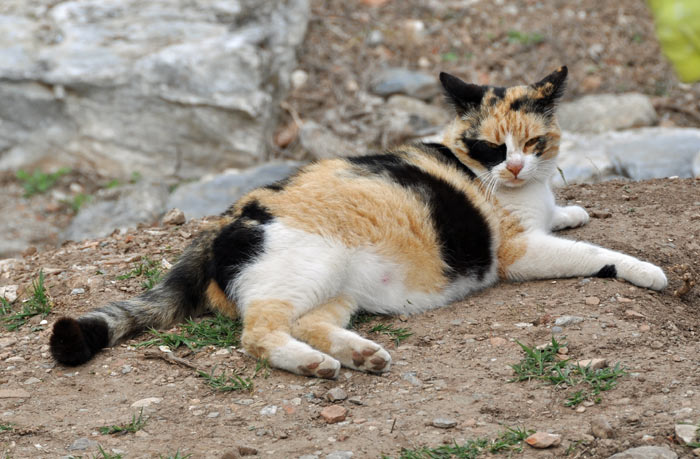 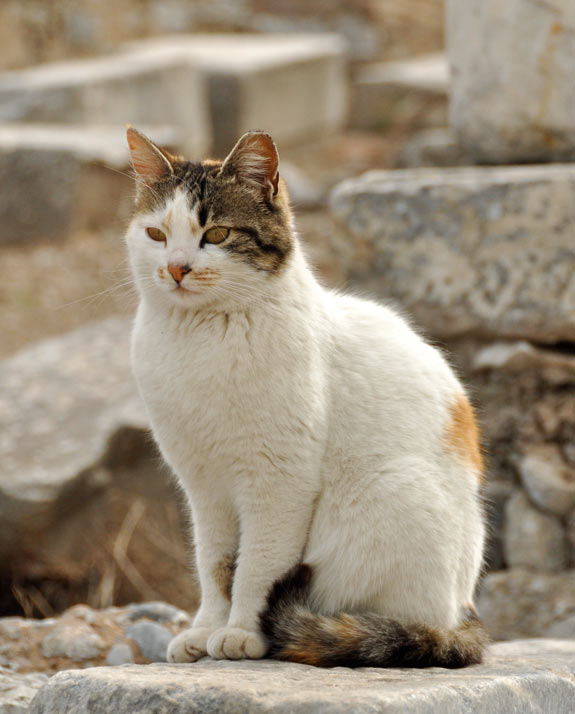 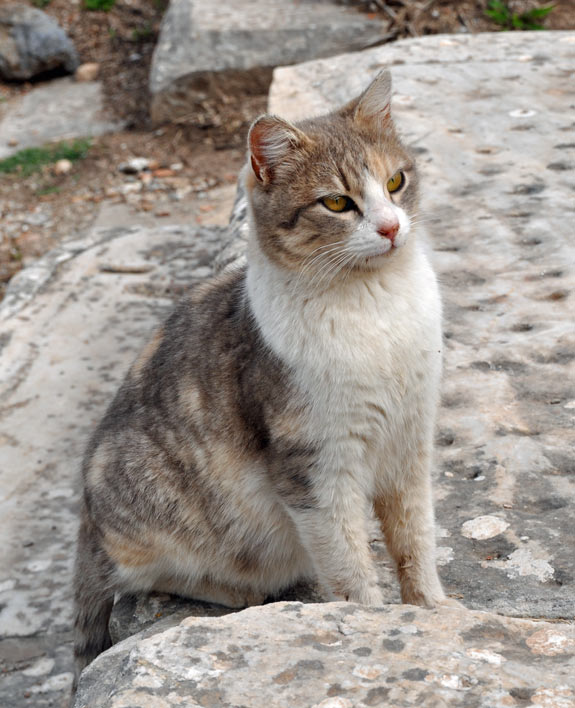 We did see a few dogs while we were there, but very few roaming stays. The one or two dog/cat interactions we saw always resulted in the dog backing down, usually with a shopkeeper coming to the (unneeded) resecue of the cat.

If you want more kitty photos and further detail on the history of cats in Istanbul, read Legal Nomad’s excellent informative post on the cats of Istanbul.

Dog lover? Check out The Road Fork’s Wild Dogs of Turkey (there are a few kitties in there too).

Visiting the Blue Mosque in Istanbul Turkey; Tips and Photos

A Visit to Istanbul's Topkapi Palace and Harem