“Morocco is like a tree nourished by roots deep in the soils of Africa which breathes through foliage rustling to the winds of Europe.” King Hassam II of Morocco

Just the name evokes images of exotic markets filled with fragrant spices, vast dunes of the Sahara, camels, snake charmers and monkey wranglers, cous cous and clay pot tagines. While it does have all those things, they can easily become cliches. I visited Morocco for the second time in October 2012 and it’s taken me months to wrap my head around writing about it. To be brutally honest, I continue to be conflicted in how I feel about Morocco. I wanted to passionately love everything about it. I wanted to erase my first experience there and have the country redeem itself in my eyes. Yet in the end, I still feel at odds; Morocco is simultaneously one of the most fascinating and most challenging of the almost forty countries I’ve visited in the last two decades.

My mother and I chose Morocco for our annual October trip because we are both enamored by the food. I’m also in love with Islamic architecture and the design aesthetic. We’d both (independently) visited Turkey earlier in the year, adored it, and felt comfortable as women traveling in a Muslim country.

Don’t get me wrong, you’re not going to get post after post here of me bashing Morocco. I enjoyed many parts of it, but I feel that I have to be honest about the negatives where they apply.

Many of my interactions with Moroccans left me feeling as if the country is as closed off as the high walls of the medinas, where the best food was most likely found in people’s homes, and not accessible to the average, or even intrepid, tourist. Where those walls protect the family (especially women) and keep outsiders out. 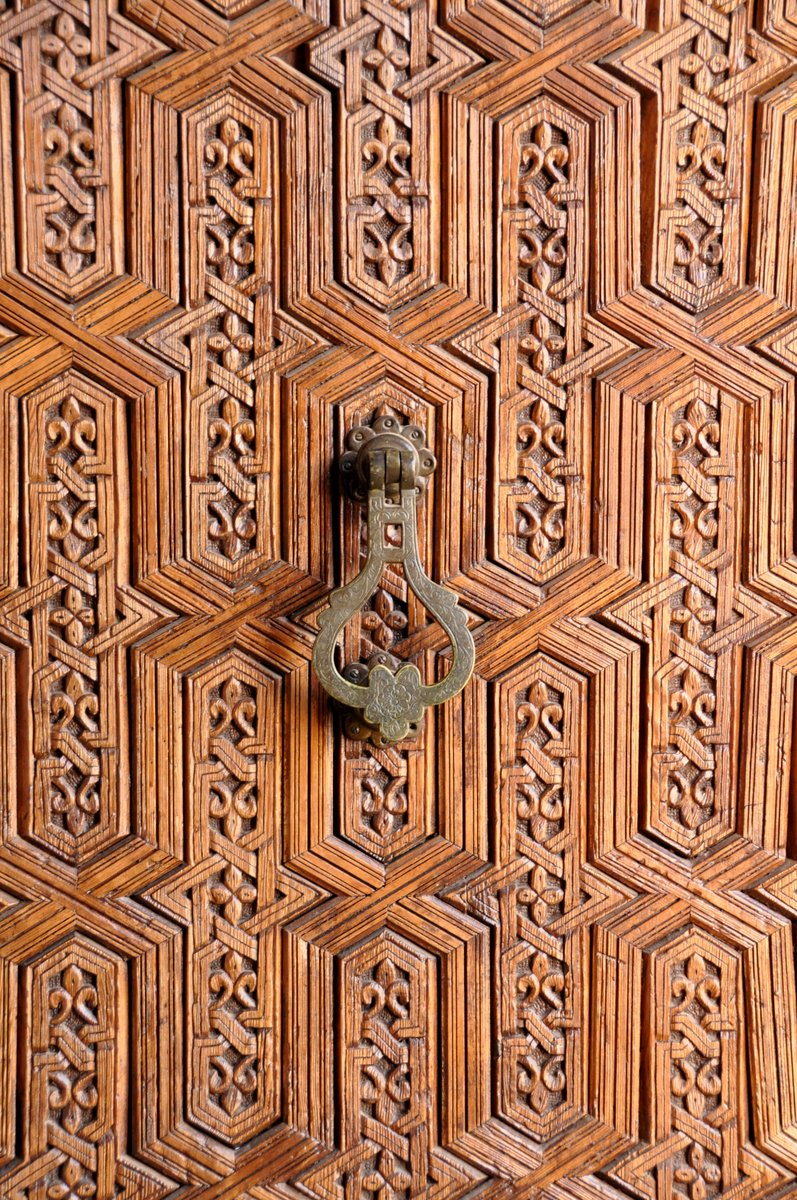 Almost all of our exchanges were with men; shopkeepers, waiters, stall vendors, hotel workers, drivers. It was almost impossible to find a woman with whom to converse. Our interactions with men usually involved money so of course it became difficult not to feel like a walking dollar (dirham) sign. We certainly enjoyed some good food in Morocco, but not to the extent I’d hoped for, and much was simply mediocre. We did have one absolutely lovely guided food tour though the media of Fez, but even that was led by a British expat and not a local. We weren’t on a guided tour, locked down to following some guide and sticking to the bus. We were on our own, but still, the availability for genuine experience beyond a financial transaction felt extremely limited.

That lack of local interaction was not the most challenging part of travel in Morocco, just disappointing. The ultimate undoing was the consistent nagging harassment which ranged from a gentle “hello, where are you from, please come into my shop” every five feet, to food stall touts in D’jemma al Fna square in Marrakesh physically grabbing us by the arm to pull us into their stalls. The same touts got mock offended when we did not want to stay and or chat. We also found ourselves being called names and having bad luck cursed upon us in Allah’s name, because again, we did not want to stop and talk or shop for the tenth time in as many minutes. I was so frazzled by this last experience I posted this on facebook:

Before coming to Morocco I was more than a little concerned about being harassed by aggressive market vendors. For the most part, things have been fine. Say no, or ignore the persistent questions of “where are you from?” and it’s all good. I seem to get addressed mostly in Spanish, even though French is more common here. They’re always surprised to learn we’re American.

Today however, we did have a negative experience. We were walking through the Mellah, a neighborhood which was once the Jewish quarter of the city. We’d been led through a labyrinth of streets to the spice market by a teenage boy who kept his word and didn’t ask us for anything, just showed us the way.

We were walking around and every 5 feet someone says “You want spices? Come into my shop. Where are you from?” One very persistent guy tried every country. We ignored him because we were tired of being bothered. Then he told us we could not stand there or take photos because this was HIS space. Ok, fine, we kept on walking.

When we walked back past him I heard him say “Mala suerte, inshahallah.” This means, “bad luck, God willing.” I stopped in my tracks, spun around and said “Did you just say that?” He said yes. I asked him why he would say something so horrible and he said “why did you have to be so aggressive?” For the life of me, I cannot figure how my NOT saying anything to him, ignoring him, was “aggressive”. I tried to explain to him that tourists don’t like being harassed but the conversation degenerated quickly from there and we just walked away, but not before my mother told him God would punish him for being so mean.

This left me with a bad feeling for much of the day. I’m over it now, but someday I hope these guys will learn that tourists hate to be hassled and the old adage “you catch more flies with honey” actually works.

Yes, there were plenty of times when we ate well in the stalls with no harassment and we shopped where the shop owner was friendly, but not aggressive. I’m not sure I will ever fully be able to explain the traditionally dressed shopkeeper in full beard wearing all black who squealed like a teenage girl when he learned we were from Los Angeles “Oh Em Gee (OMG!)!” He made us laugh and earned the bulk of our purchases that day. After a while the negative stuff became oppressive and we started to feel like we had to build up our armor every time we left the confines of our riad. Even the children were in on it, telling us a restaurant was “closed” in the hopes we’d go to a relative’s place instead and then asking us for a tip when we decided to go to our original destination. We had very few conversations with people who ultimately did not want something from us in the end. And I can’t help it, but it colors my feelings.

Like others before me, there is part of me which wants to preface this post, or perhaps end it, with a defensive statement along the lines of I’m not an inexperienced newbie tourist but this was different. I also know I’m not alone in my conflicted feelings about Morocco. We spoke to many other travelers who experienced the same and worse. Fellow travel bloggers found themselves harassed and threatened or misled and then harassed. I think we actually got off light in the end, but that didn’t keep me from putting my guard up every time we left the hotel or feeling exhausted by the end of the trip. Nor did it keep me locked in my hotel room.

I guess I simply want to get it all out of the way now so I can move on to lighter stuff. There was plenty to enjoy in Morocco; the gorgeous orange juice guy, the glorious architecture, charcoal grilled meats, fried seafood, dozens of different types of olives, the Marjorelle Garden, the souk in Fez, and everywhere, kittens. More of the good stuff to come…

The Food Of Turkey-Restaurants in Istanbul

The Cats of Morocco