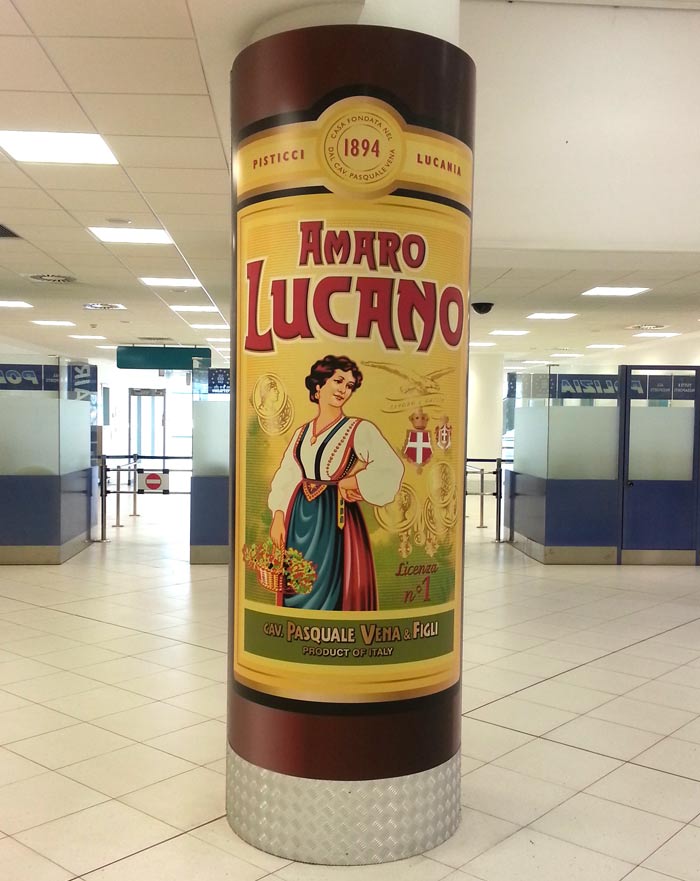 In October 2013 my mother and I spent nine days in the Puglia and Basilicata regions of southern Italy. Before I left, whenever I told people where I was going, the response I got was “Oooh, you’re going to Italy? Where?“, My answer, “Puglia”, usually evoked quizzical looks, fully expecting my answer to be “Tuscany” or “Venice” or some place they recognized. If you find yourself wondering as well, picture Italy as a boot and those regions make up most of the heel of the boot.

I flew from Los Angeles to Bari Italy where I met up with my mother who was already there traveling on her own. This trip was in honor of my 45th birthday (the plane ticket was my present, thanks mom!!) and our plan was to eat and drink ourselves silly, see lots of quaint little towns, and stay in some cool places. I would say it was a rousing success.

We spent 3 days in the area around Fasano south of Bari which included such towns as Alberobello, Monopoli, Cisternino, Martina Franca, Locorotondo and Ostuni. We then moved to Lecce and explored that city, plus the Salentine Coast and Otranto. From there it was 3 days in Matera and the area around that town.

Below I’d like to share some of the logistical details, experiences and resources so if you are planning your own trip you might benefit from my research. 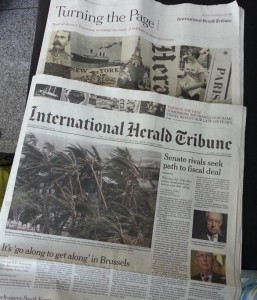 Flights: My flights were on United and Lufthansa, LAX-IAD-MUC-BRI and BRI-MUC-LAX. On UA I upgraded flight #2 to Munich to Economy Plus and I think it was worth it to have the extra space. The personal entertainment was good on the transatlantic flight (lots of choices with video on demand) but fee-only on the domestic flight. On the international UA flight there was a fee for alcohol which surprised me; I guess I’ve only flown international carriers lately which still seem to provide drinks on their flights.

The Munich airport is really nice and a decent place for a layover. They offer 1/2 hour free wifi and free newspapers, including the IHT, are provided everywhere by Lufthansa. On the day we returned home, the International Herald Tribune published its final paper under that name (it’s now the International NY Times) and a little part of my heart died. The IHT has always been synonymous with travel for me. At least I got a hard copy of the final paper.

My flight from Munich to Bari was on Air Dolomites on a 100-seater plane and was fine. Arrival into Bari was easy and I was greeted by the lovely larger-than-life image of our favorite Amaro, Lucano, in the baggage claim area (top photo). My mother was waiting outside and had already completed the paperwork for the car rental. The car pick up area is about 200 meters from the airport so we were able to just walk over there to get the car.

On the way home we flew on Lufthansa, BRI-MUC-LAX. We went carry-on the whole way, each of us with a 21” roll-aboard and small backpack. We fit the size restrictions for Lufthansa, but probably not the weight (fortunately, no one asked to weigh our bags). Lufthansa seats in economy are very tight and I was lucky to have the seat right in front of the stairs down to the bathrooms below (seat 38G on an Airbus A340-600) so I could recline without worry of being in someone’s lap. The food was edible and I watched several movies on the 11.5 hr flight to LA. Sleep is impossible. We both have global entry, so touchdown to curb outside was only about 30 minutes because we did not have to wait for luggage.

Car: We rented our car through economycarrentals.com, a consolidator, which in turn, rented us the car through Thrifty. This saved a ton of money (a couple hundred euros) over going directly through Thrifty. On arrival, the car was upgraded a size level from a compact Ford Focus to a Nissan 4 door hatchback diesel. It got decent mileage thankfully because diesel was costing about $8.40 a gal when we were there.  In the future, I would opt for automatic even though the cost would be higher. The re-learning curve on the manual was very steep, and at times, frustrating for both driver and passenger.

Driving- The towns of this region have gorgeous historical centers with a maze of tiny streets, many of them one way. My best tip; get close, but then park and walk the rest of the way. Also, don’t forget to pull in the side mirrors on the car when you park (and sometimes while driving in those tight streets). We depended on the GPS on my phone a lot and at times it was a lifesaver. At other times it was flawed and a comedy of errors. Pronunciation of Italian names is poor at best and several times “Glenda” tried to take us down streets which were not possible for a car. Many were not streets at all. We drove in circles. A lot. It was the only thing that made us argue during the trip. Getting to our B&B in Lecce was such a trauma we didn’t move the car for 2 days. Getting back to the B&B after leaving for the day was even worse.

Trains-Mom took train to Bari and said the station was modern and lovely and getting to the train station at the airport was easy. I would not opt for public transportation in this area because for us, it would be too limiting.

For this trip I traveled with smart phone, iPad with bluetooth keyboard case, and mifi (personal wifi). The mifi and data cards were purchased from holidayphone.com and worth every penny. My only frustration with them was that it was impossible to tell how much data was left on the card without hooking it up to a phone which could take a SIM (ours could not). We still don’t know how much we used and how much was left. My mother purchased separate data cards for France and Italy. We got 10 GB of data for $69 just for Italy (note, I think the deal has changed and now covers more countries).While our hotels had free wifi, the mifi enabled us to use the phone’s navigation app in the car to guide us in and out of towns where paper maps are useless and signage is virtually non-existent.

This is the first time I’ve traveled with only a tablet instead of a laptop/net book and while I love how light it is, it does have its limitations. The keyboard/case works, but isn’t great, not having a mouse is limiting, photo editing is a challenge, and I cannot upload multiple photos to my blogs Facebook Pages due to app limitations. Still, I downloaded photos every day to the iPad as an extra backup and used it to write notes in the notepad function. For web surfing and email it was perfect.

I love photography and I carry a Nikon DSLR with an 18-200mm lens and brought an extra 50mm lens. I left my external flash at home this time and honestly did not miss it. I’m always on the hunt for the perfect camera bag and before I left I bought this Lowepro Passport sling camera bag. I took the padded insert out of it and put it in my backpack for airplane carry-on and packed the bag flat in my suitcase. When I got there, I ended up carrying the bag every day but without the padded insert as I found it to be too bulky (I was usually carrying my camera and when not, had it padded in the bag with a scarf. My husband bought me a GorillaPod Flexible Tripod for my birthday, and I brought on the trip, but did not use every day. It did come in handy to take some night shots though.

I packed just enough for nine days; 2 pairs of jeans and 1 pair black pants (plus one pair of lightweight black pants for the plane). Two sweaters, several shirts and t shirts (both long and short sleeved, solid colors) and two pairs of shoes (black clogs and black boots). Scarves to accessorize. Enough underthings and socks so I didn’t have to do laundry. Everything goes into ziplock bags and when it’s dirty into other ziplock bags. To see how I pack in general, check out my packing pages.

There will be much discussion of what we ate, but my mother and I like to share, so we don’t actually eat that many different things in one meal. We typically had 2 or 3 (sometimes 4 if you count a side vegetable) courses per meal, mostly shared, plus a bottle of water and wine (either half bottles or glasses). Meals cost us about 30-45 euro on average, for two, with the exception of the full 4 course menus (28 euro each) we had at Masseria Salamina. There will be individual posts on some of the best restaurants of the trip.

We had nine nights and split them evenly among three locations. We could have traveled faster, but this pace turned out to be perfect for us, allowing us to use each location as a base to explore. There will be individul posts on each hotel later.

Masseria Salamina in the area around Fasano

There is nowhere near as much information on Puglia out there as there is on the more touristed parts of Italy, so pre-trip research can be a bit of a challenge. As usual though, my old tried and true internet standbys came through.

The maps are highly detailed and great for planning purposes but be aware that they are huge, and difficult to fold while in the car. As for guidebooks on the region, they all have some use but none were perfect. I liked the walking tours in the Thomas Cook guide, but I thought some of the chapters were lacking depth and detail. The food dictionary is very slim and has just about any food related word you could want in it. I wish I’d remembered to put it in my day bag more often. The Kindle book was helpful for putting an itinerary in order.

Both my mother and I bought travel insurance from World Nomads. After doing a lot of research on travel insurance I decided that their coverage offers the best bang for the buck. I like them so much I became an affiliate. That said, I still buy my insurance through them for the same price as everyone else. 🙂 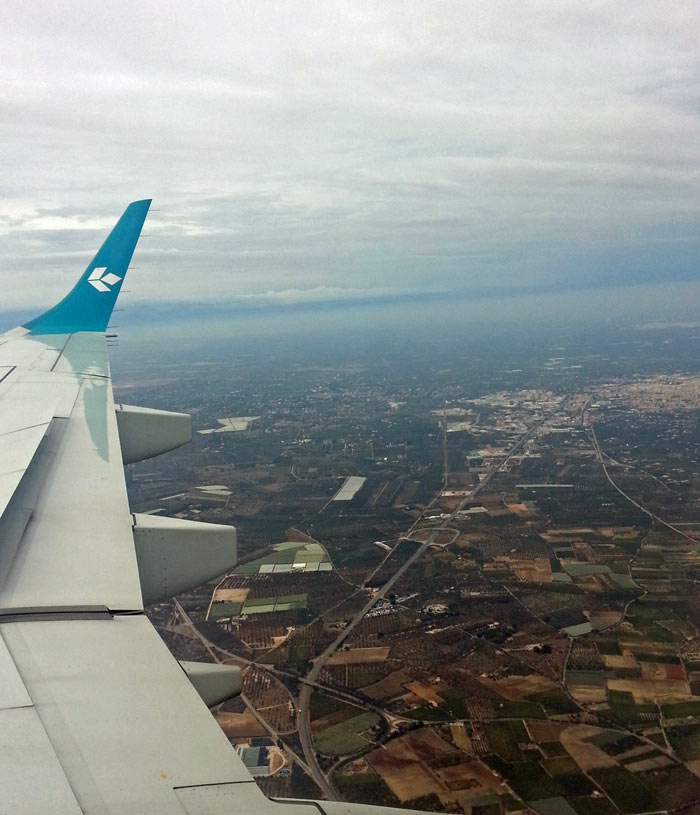 Disclaimer: Nothing in this post or any of the others from this trip was sponsored, paid for, or provided for by anyone other than me (or my mother, again, thanks mom!). If I mention a company, hotel or restaurant, it’s because I think it’s worth sharing, good or bad, and my opinions won’t be colored by third party influence. Some of the links in this post are affiliate links and the small percentage I get if you buy something goes to helping to support this site. It rarely amounts to more than a cup of coffee per month, but I thank you anyway.