The coastal region south of Bari in Puglia is called the Valle D’ Itria and encompasses part of the provinces of both Bari and Brindisi. It’s probably best known for the thousands of trulli (whitewashed round houses with conical roofs made of stacked stone) in and around the town of Alberobello and the Baroque towns of Martina Franca and Ostuni.

We awoke on our second day to yet more rain and overcast skies, but what can you do, sit inside all day? Not us! We got in the car and headed first to Alberobello with the hopes of arriving before the hoards of tourists buses. Somehow we managed to arrive in town (thanks to the mifi and GPS) a bit away from where all the buses park and right next to the Trulli Museum. We had no idea where the “center” was at this point so we visited the museum which I would say was well worth the 4 euro admission. Built into adjoining trulli, the museum covers construction, history, and shows exactly how people used to live in these buildings before the town became a tourist thronged UNESCO site. 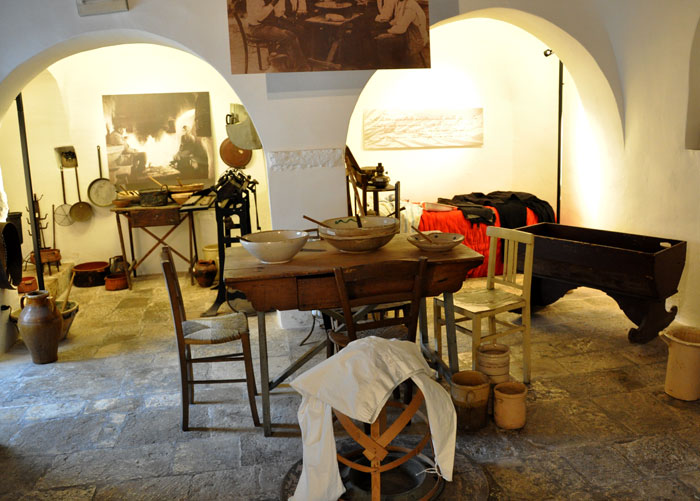 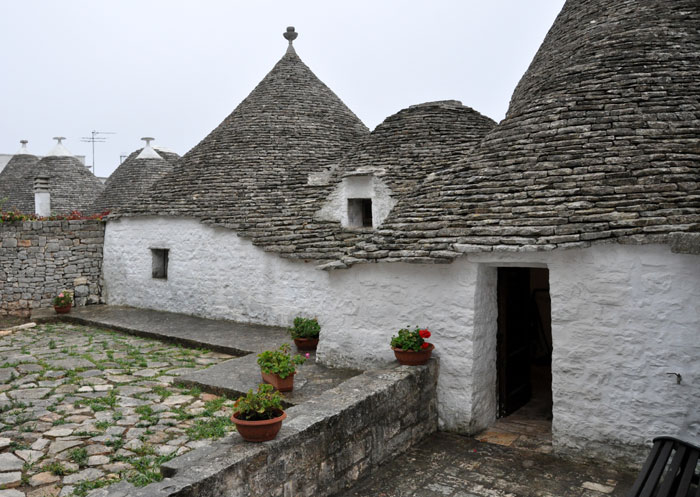 From the museum we walked over to the church and from the elevated vantage we could see that if we went down some stairs and across the street we would be in the thick of it.

Yes, what you may have heard about every single trulli having been turned into a souvenir shop is absolutely true, at least in this area which is about 6 square blocks. But it’s still worth about an hour to walk around and some of it is really quite charming. But you can tell the shop keepers are jaded, especially when they can tell you’re not interested in buying anything. Besides a few restaurants, I didn’t see anything there which wasn’t there specifically for tourists. 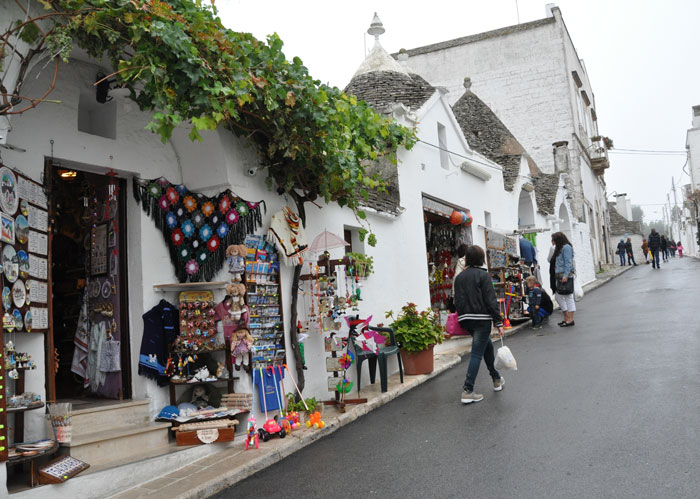 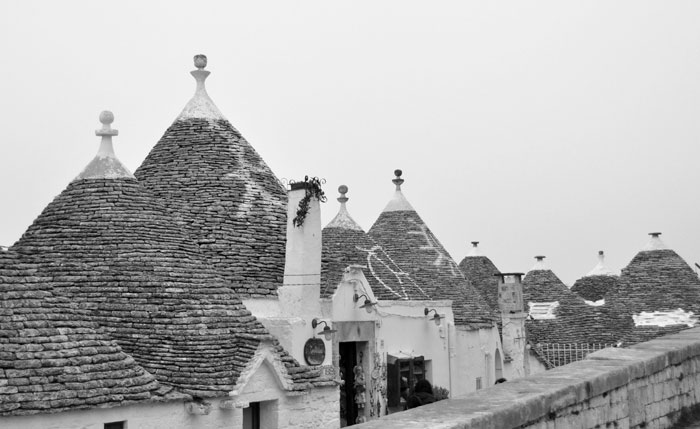 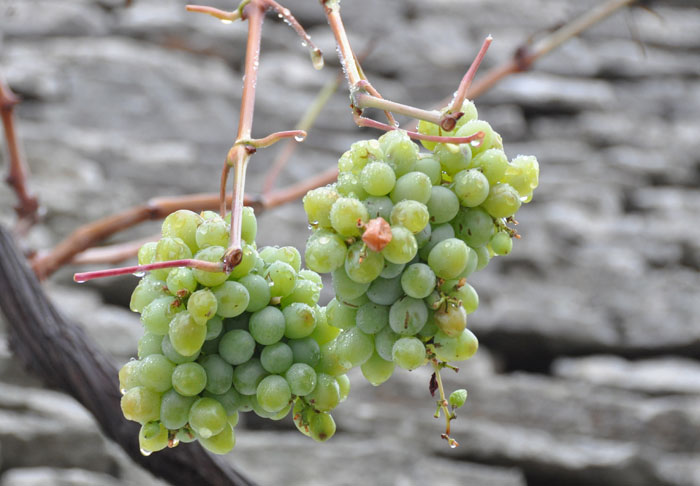 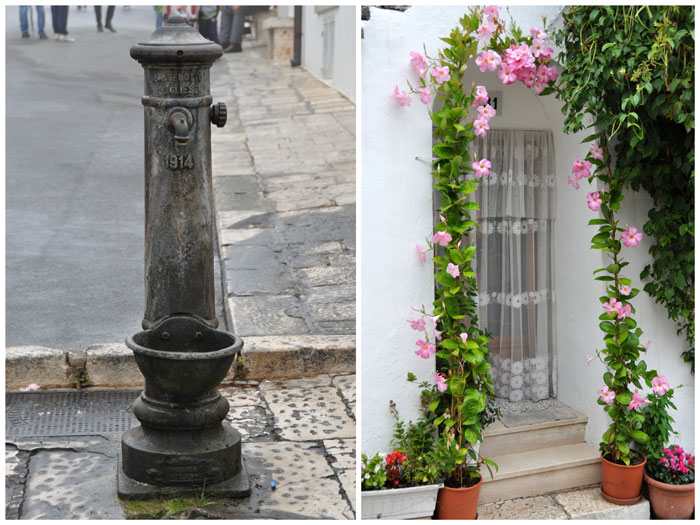 Locorotondo is a short scenic (look! Trulli in their natural habitat!) drive  from Alberbello and world apart in terms of design, construction and the quantity of tourists (none that we could see on the day we were there). Here we parked slightly outside the historical center on one of the main streets and walked a few blocks uphill into the center. With its white washed walls and narrow winding streets, balconies filled with hanging flowers, and steep stairs seemingly going nowhere, it reminded me much of Cisternino. 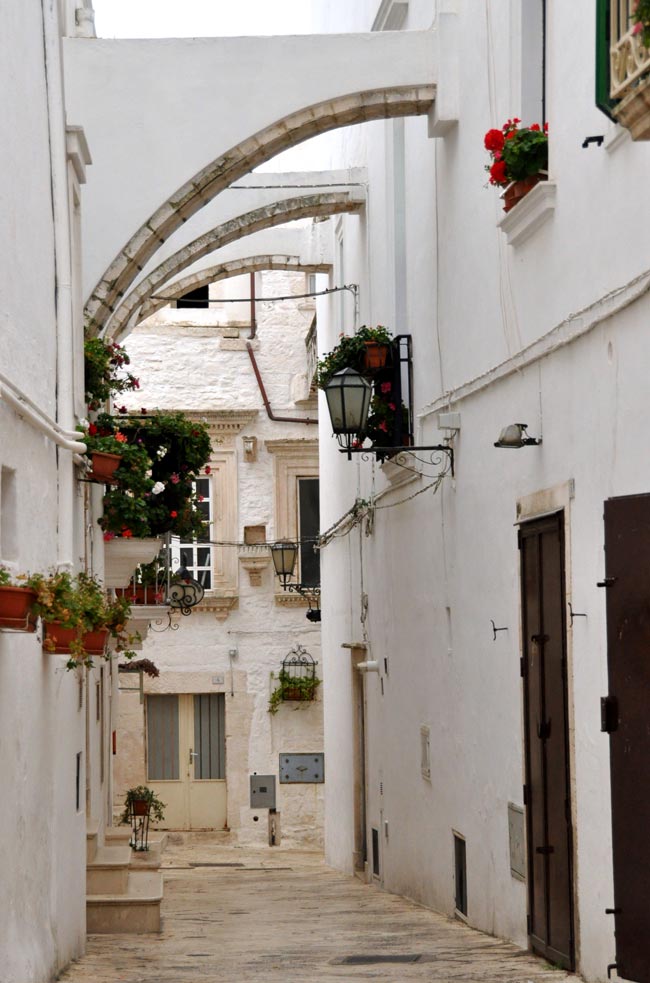 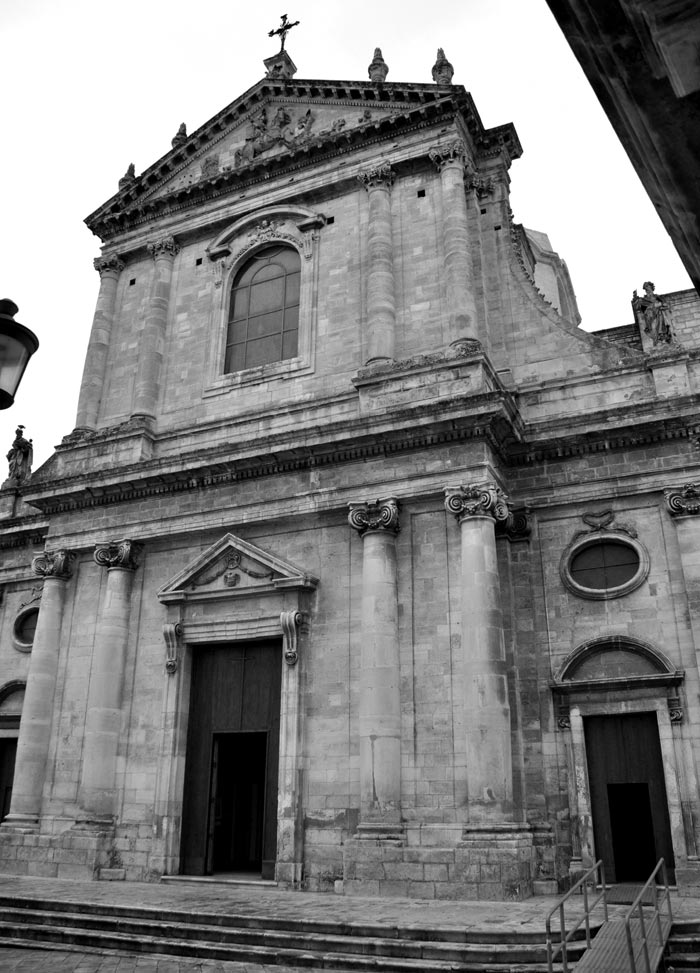 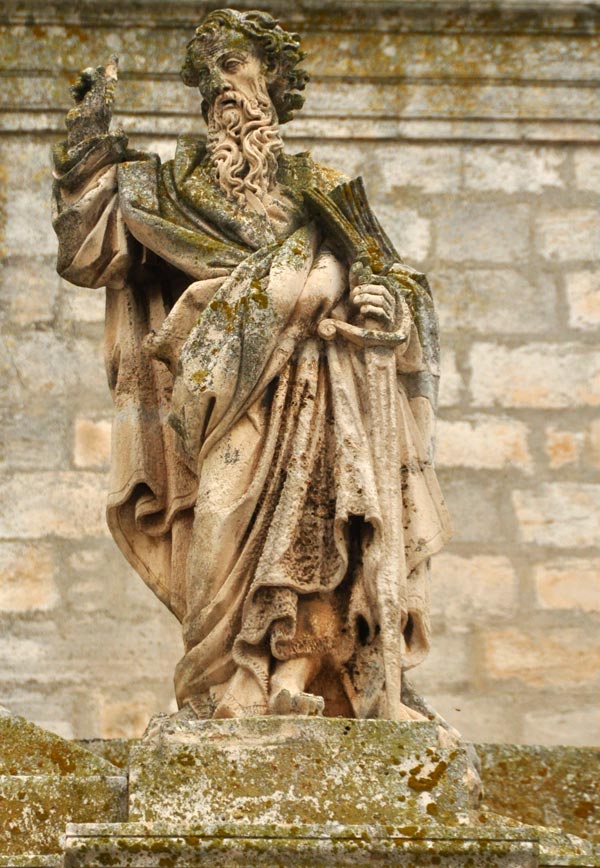 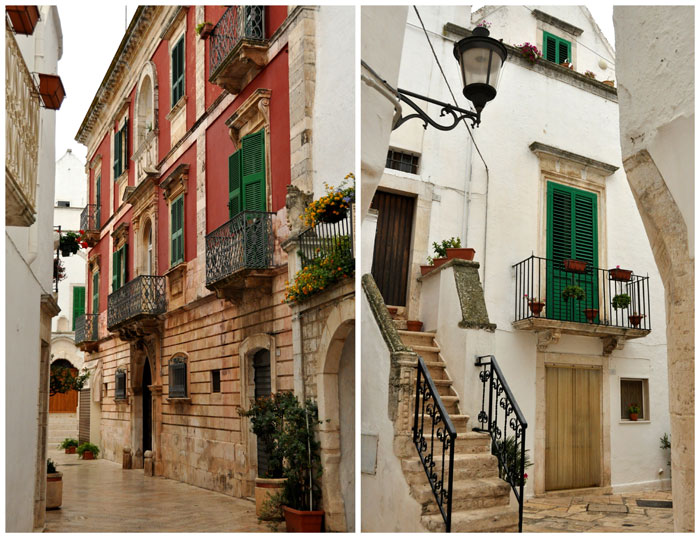 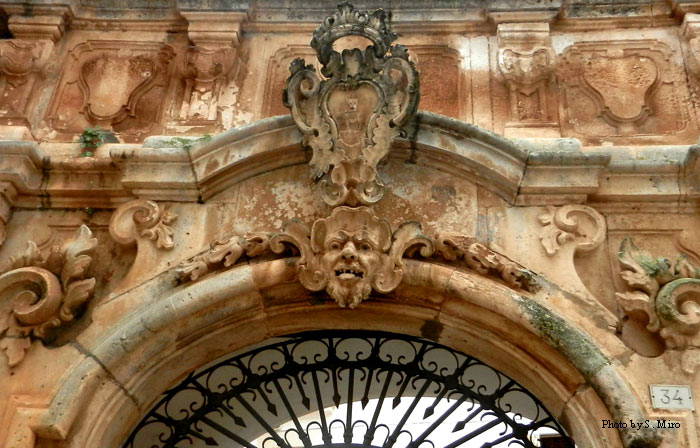 After one of the best meals of the trip (lunch at Il Cortiletto, details to come later) we headed back to the Masseria, only to decide at the last minute we wanted to see the coast so we backtracked at bit and drove over to Torre Canne. There wasn’t much going on there but it wasn’t hard to imagine that in the summer it would be packed. Pretty much the only signs of life were at a single, almost empty restaurant. So we walked around for about 10 minutes, checked out a neat sculpture of a whale, the lighthouse and a small shrine built right onto the beach and then headed back for a rest. 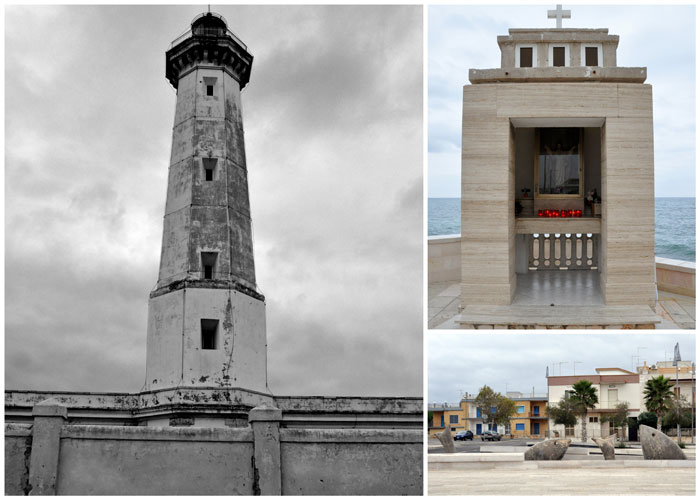 Finally, this is what 99% of the photos my mother took of me look like; the back of my head and me with a camera. 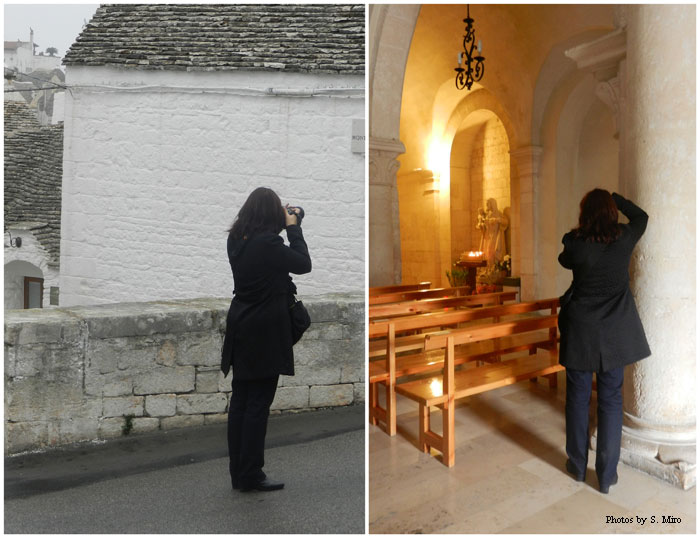