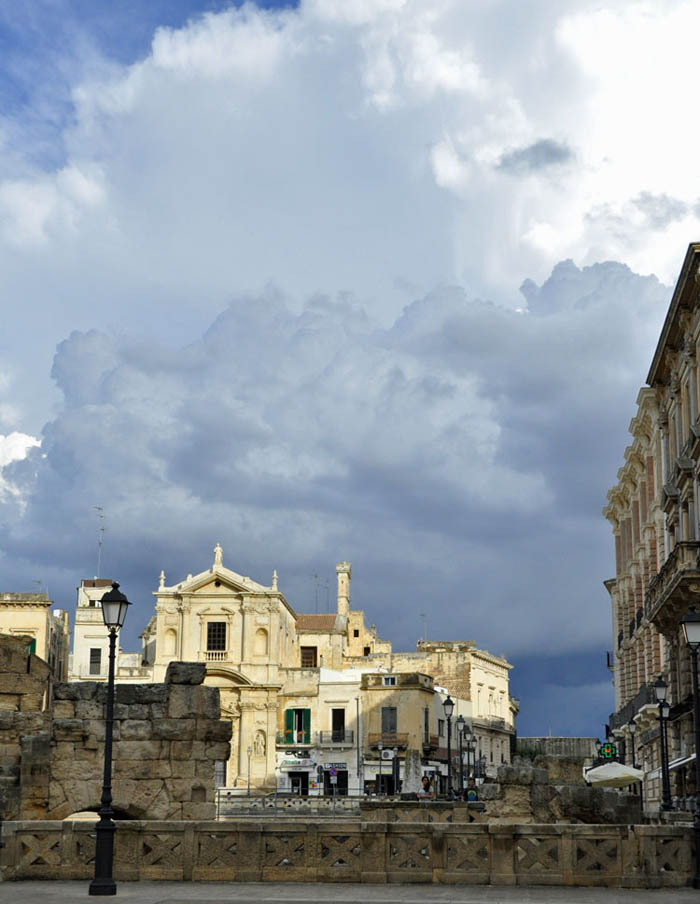 It’s about an hour’s drive from the Valle d’Itria to Lecce on the main highway. Finding our way to our B&B, the Palazzo Gorgoni, right in the historical center took almost half an hour, even though on the map it looked so simple. The challenge in Lecce, like most towns first constructed before the time of cars, is that the streets are narrow, winding, and in many places, one way. Once we finally found a place to park (thankfully only about 100 feet from the B&B) and checked in, we headed out in search of lunch (more on this later) and a walk about town.

Over the next several days, we walked everywhere we could in town, exploring the piazza with it’s Roman amphitheater, the modern art museum, and admiring half a dozen Baroque churches and all the beautiful architecture around town. Lecce is incredibly photogenic. It’s not hard with all the Baroque detail on the churches and building, the quaint streets, and even the food! 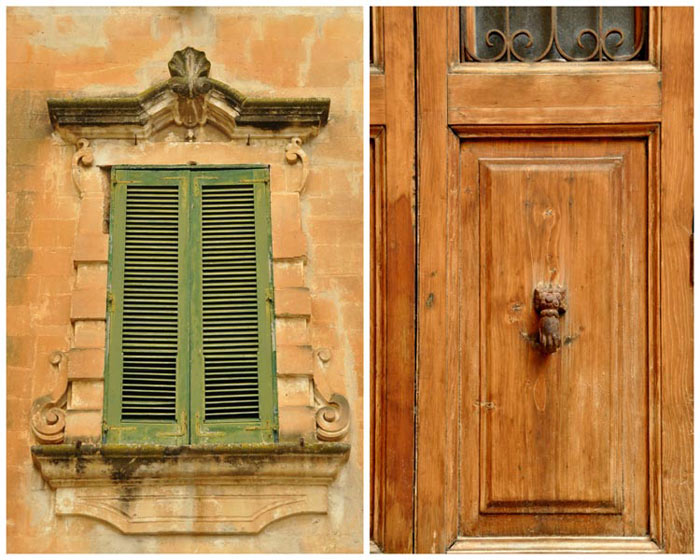 One of the places we really enjoyed visiting was is a place for which I have no photos however, because the light inside was so poor. It’s the tiny Museo Archeologico Faggiano which is inside a three story building in the historical center. In what was once a private residence, they discovered the remains of a 16th century convent and other ruins dating back over 2000 years. There are frescos, old tiles on the walls, water storage tanks, tombs, a granary, and underground walkways. http://www.museofaggiano.it/en/

I’d read that everything shuts up tight in Lecce during mid-day and this is most certainly true. Done expect to visit shops, churches or museums between 2 and 5pm. This can certainly put a cramp in your sightseeing so plan accordingly. Our first stop was the famous Santa Croce which is simply encrusted inside and out with carvings that cover every inch of stone. Unfortunately for us, the outside was also covered in scaffolding while we were there. 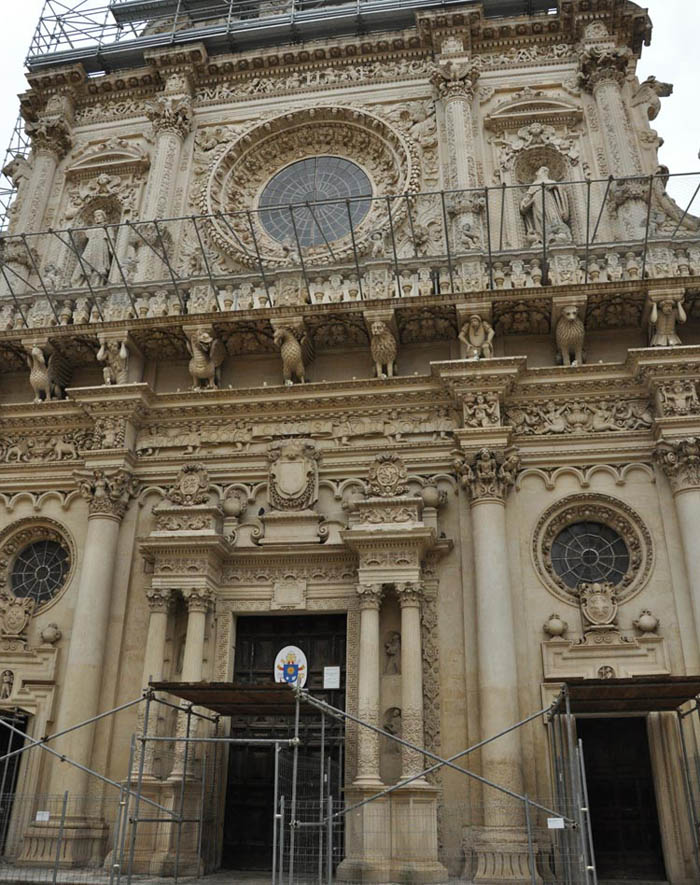 Below, detail of one of the column capitals on the outside front of Santa Croce (above). 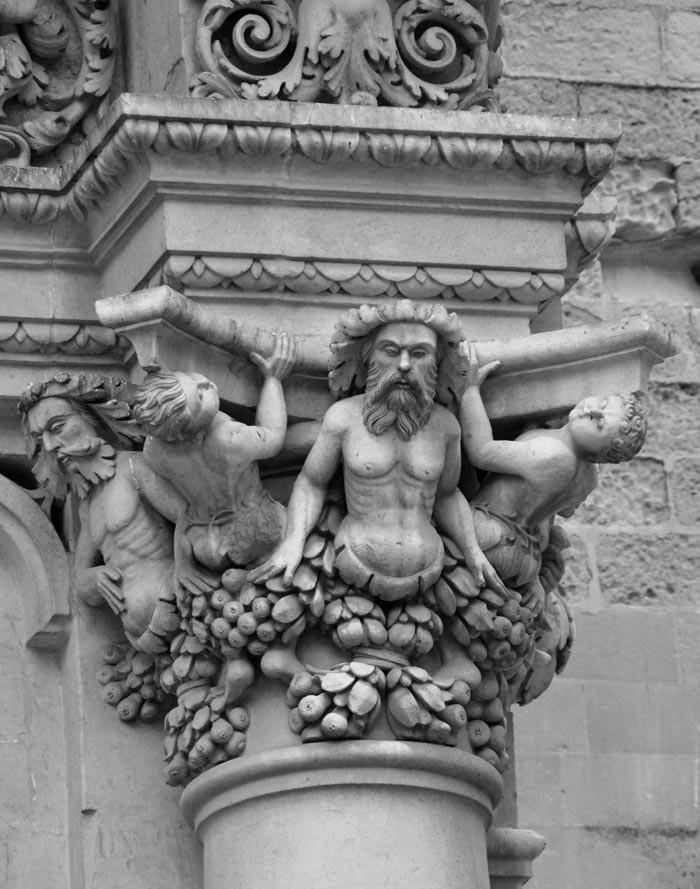 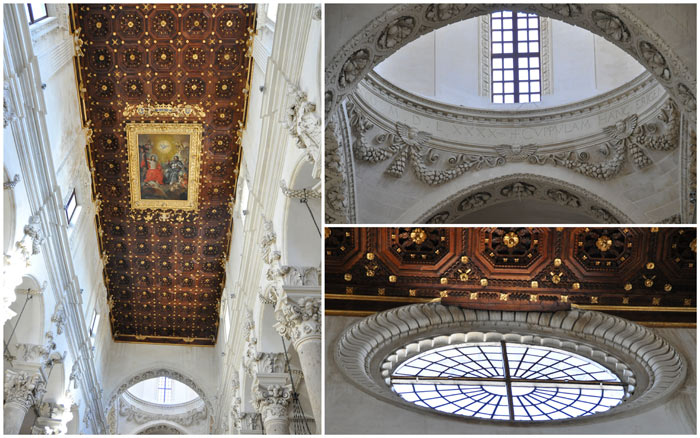 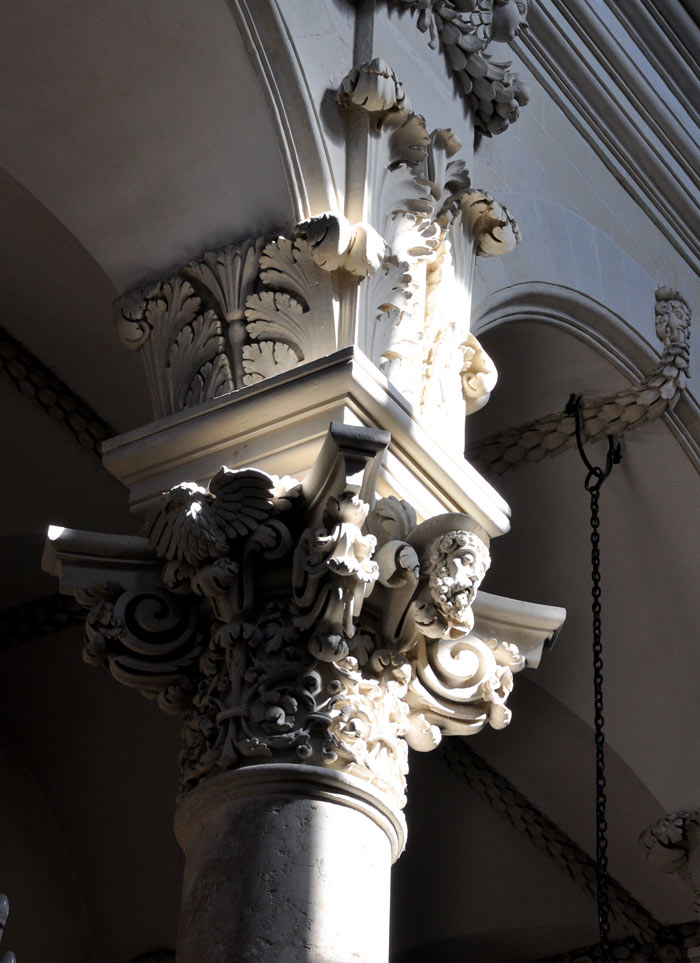 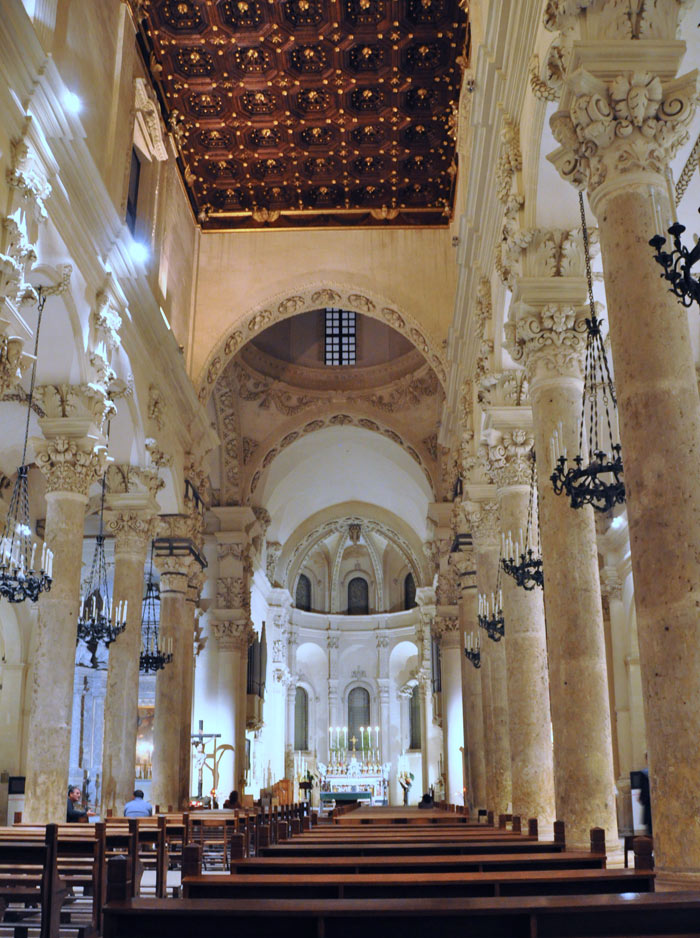 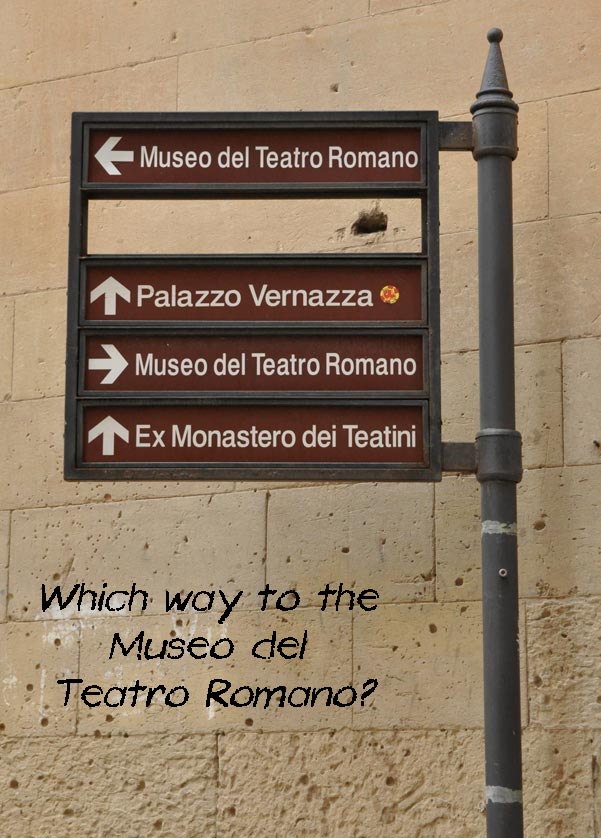 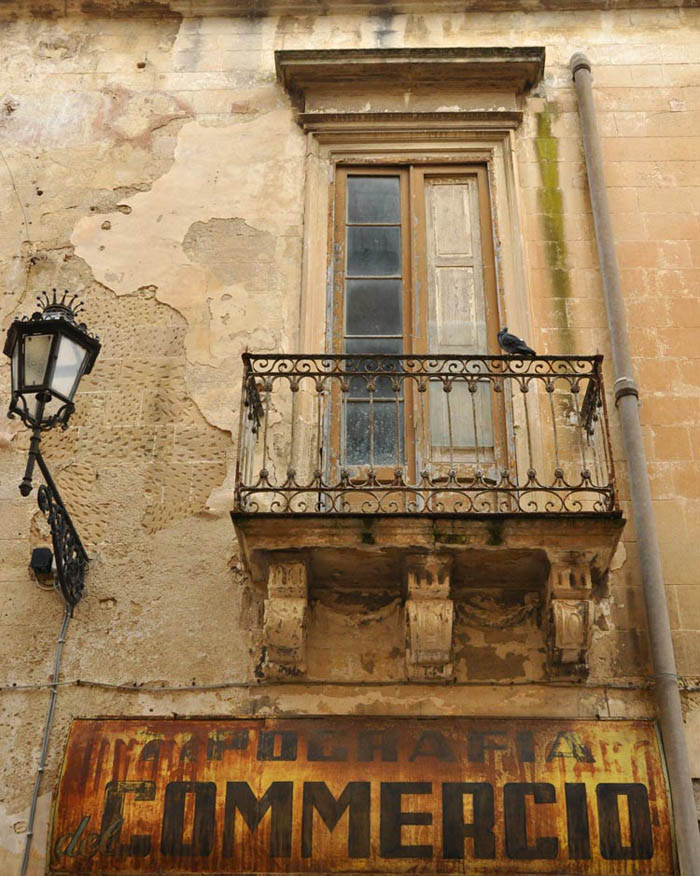 Below, another of Lecce’s baroque churches, Santa Chiara. 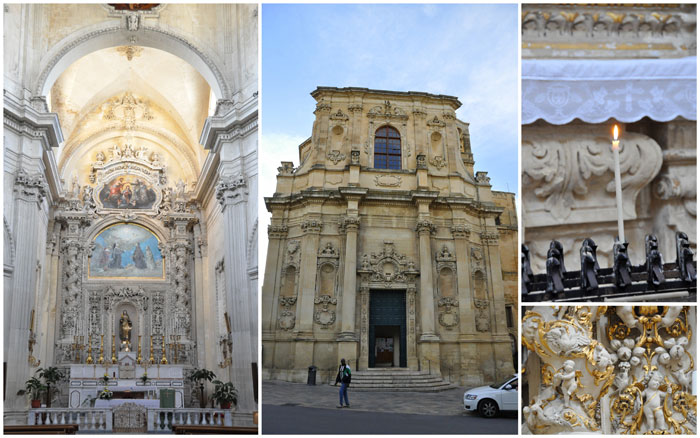 There’s a castle in Lecce. Inside, there’s not much to see (the rooms are all empty) but there’s an exhibit of paper mache sculpture (one example below) for which Lecce is famous. 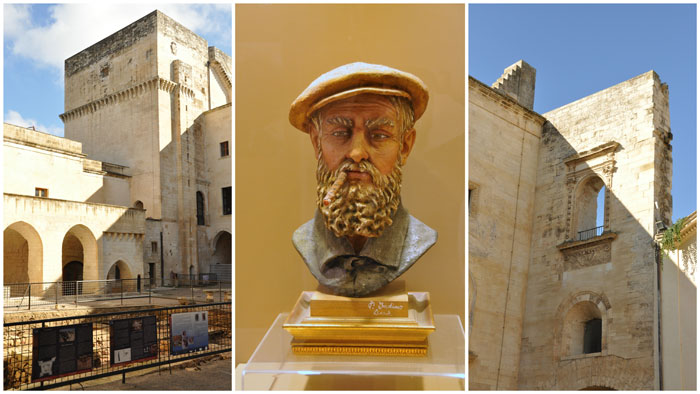 As you walk around Lecce, keep your eyes open for ornate door knockers like the one below. 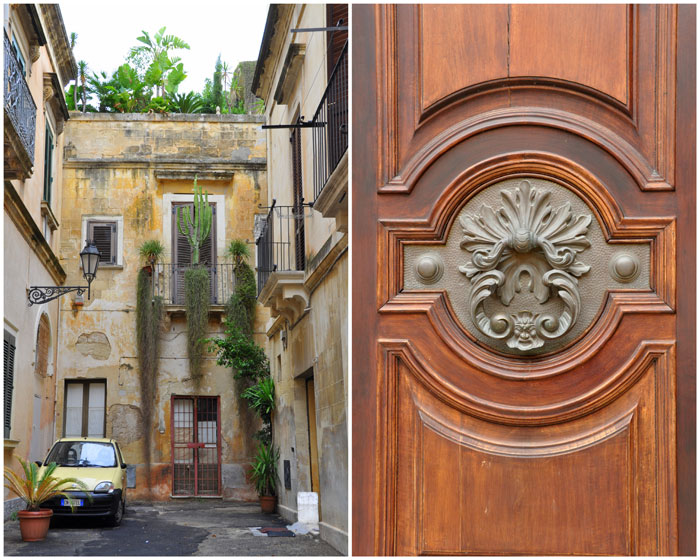 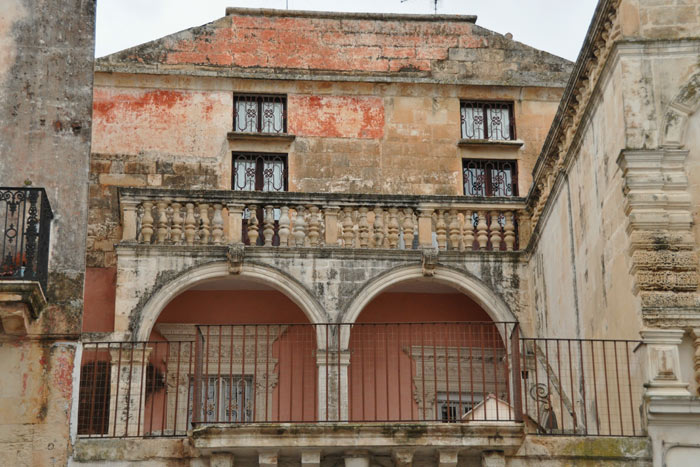 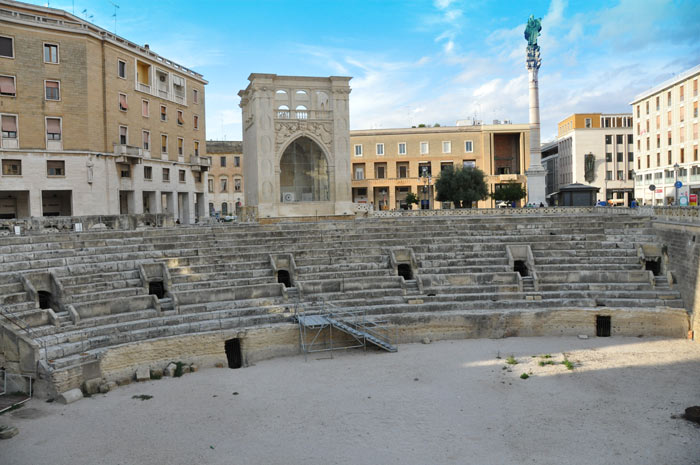 In the center of town you’ll find the Piazza Oronzo (below) and off to one side of it, the remains of a Roman Amphitheater (above), more than half of it remaining underground and un-excavated. 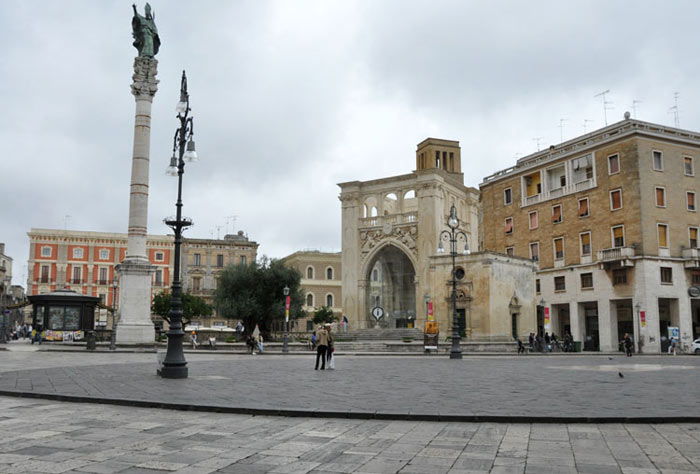 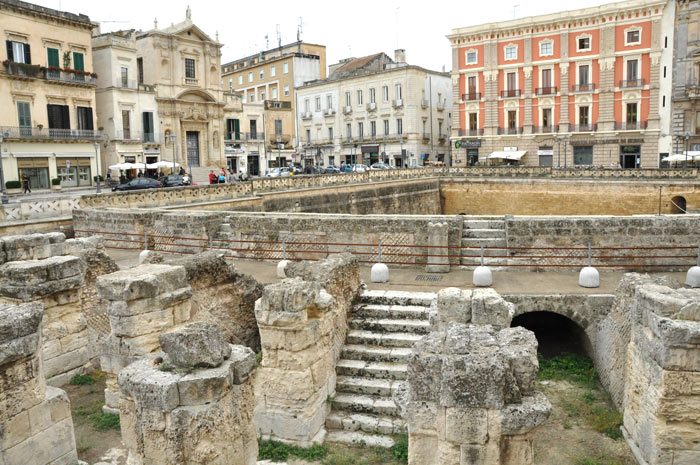 Below, locks of love on a light pole at the corner of the piazza in front of the amphitheater. 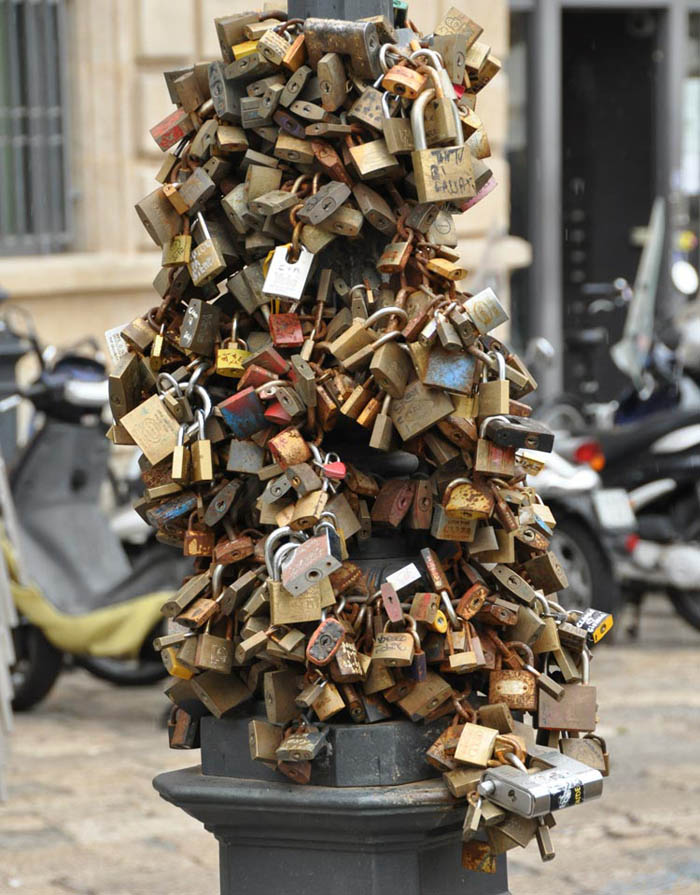 I love modern art museums and the one in Lecce was even more special because the modern art was juxtaposed with the setting by being in a building which was once a 17th century convent and with the remians of (another) Roman Amphitheater right outside the window. These were some of my favorite pieces, many by local Italian artists. 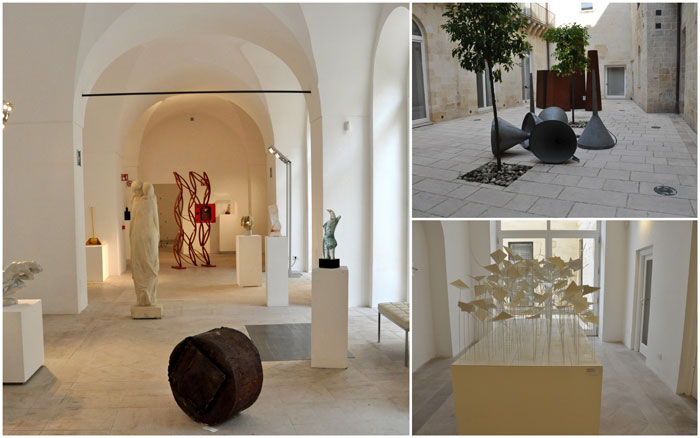 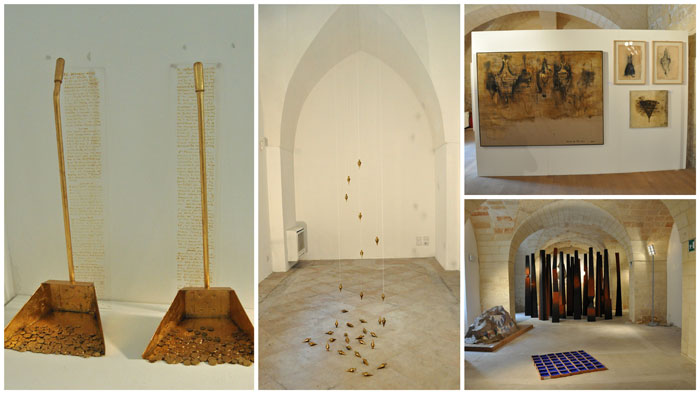 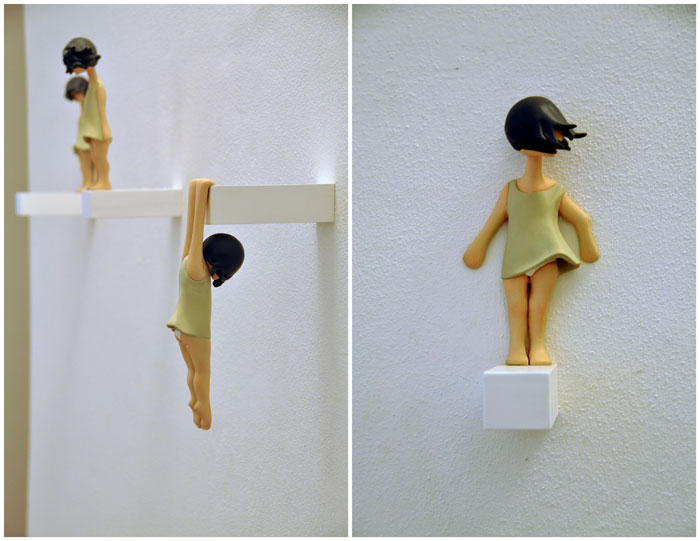 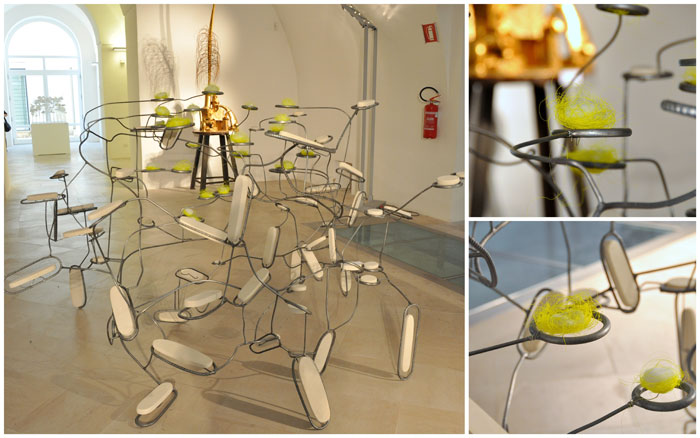 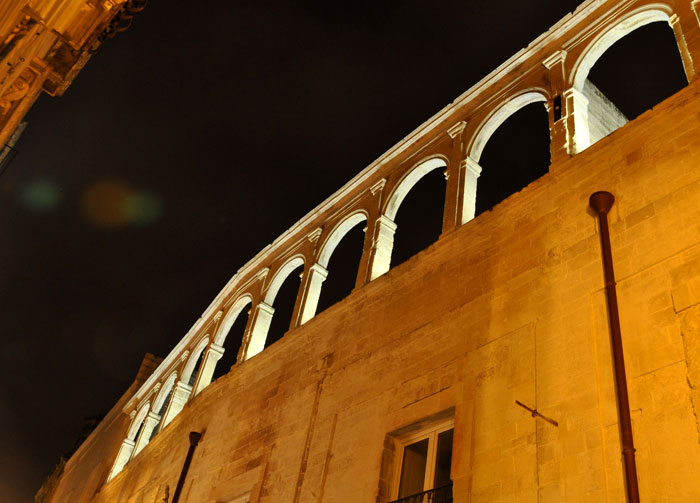 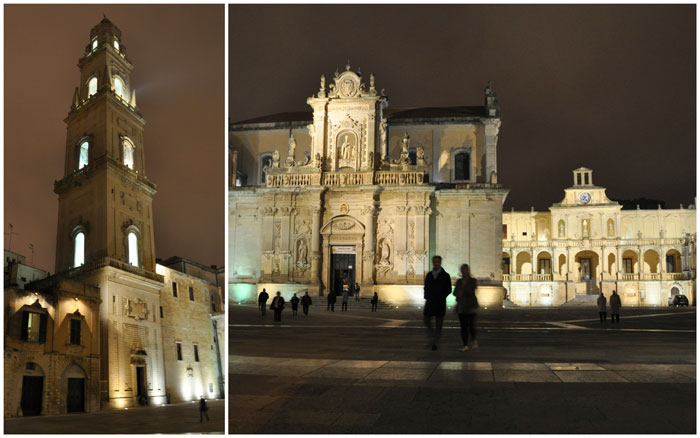 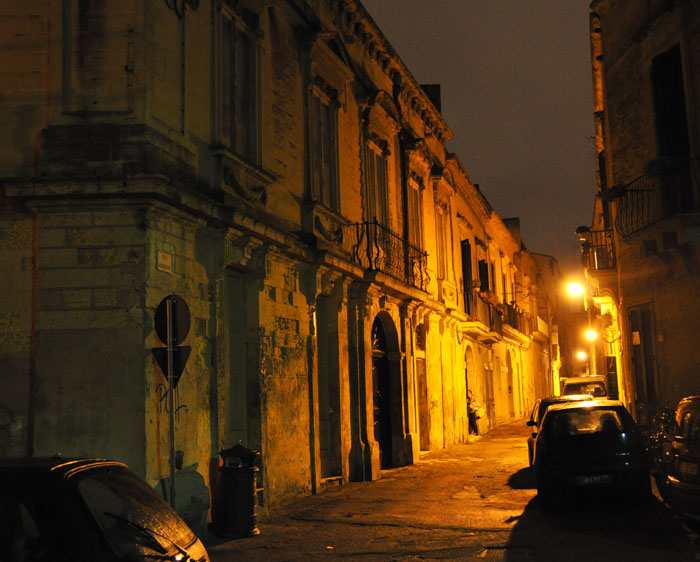