There are tons of hotels and B&Bs in Lecce and searching through them was more of a challenge than I expected. Then we found Palazzo Gorgoni, recommended to us by Silvestro Silvestori who owns The Awaiting Table, a cooking school based in Lecce.  My mother had “met” Silvestro on Twitter and he’d recommended the B&B which is about 100 feet from his school on the same street. While we did not take any classes there, we did take a short tour of the school and meet Silvestro in person. The place looks like a lot of fun.

In the end, we chose Palazzo Gorgoni because of its location right in the center and because the rooms looked nice. In addition, the price was right. At the time, we got a single rate for two of the rooms at 60 euro each a night. We could have shared a room for 80 euro a night, and they are fairly spacious, but it’s nice to have some space during the trip, so we splurged on two separate rooms. We found the location to be perfect for walking anywhere in the center of Lecce. 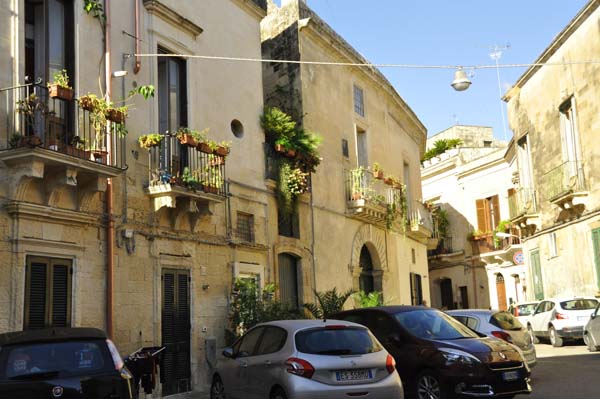 Above, the piazza where we parked our car (white one, bottom right corner). Below, the street leading back to the piazza from the B&B. 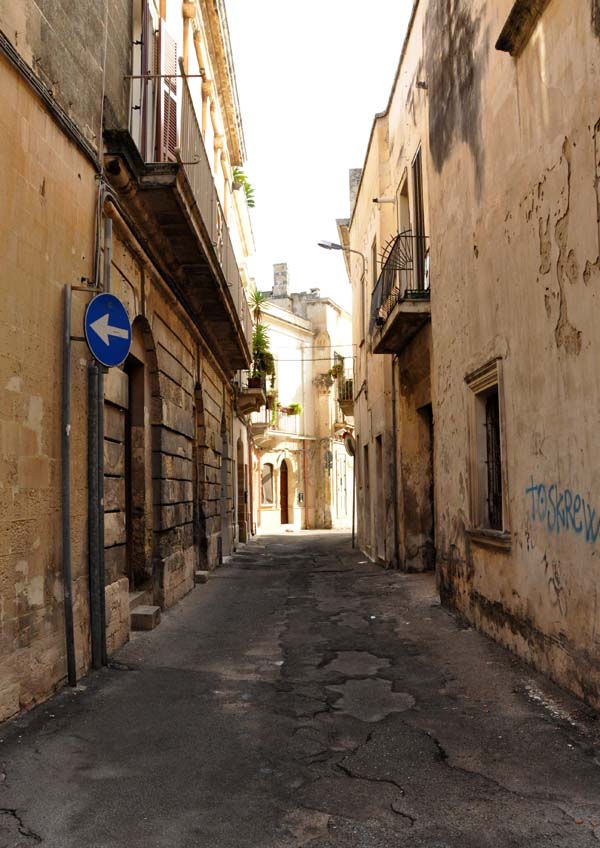 Palazzo Gorgoni  is essentially a three room B&B without the “B” for “breakfast”. One of the rooms is extra large, basically two rooms together with multiple beds, so would be good for a family share. The walls of all the rooms are built from the original beautiful golden pietra leccese (stone from the area around Lecce).

Connecting the two of the rooms is a wide hallway which has a coffee and tea maker, water dispenser, and several books. Marta, Palazzo Gorgoni’s owner, often puts out homemade baked goodies in the afternoon. She also offers her candid restaurant and sightseeing recommendations (it was through her we found the Museo Faggiano). Breakfast (coffee and pastries) was provided at the Mamma Elvira cafe a few blocks away near the Santa Croce church. It wasn’t bad, but I wouldn’t say it was a selling point either. Marta provided us with a parking pass for the centro storico when we arrived. 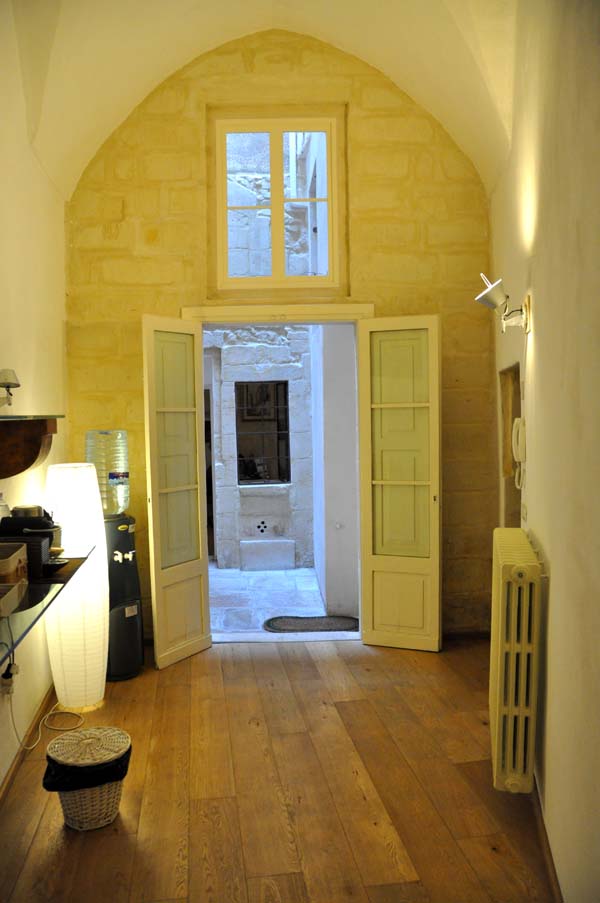 My room, the “Euippa”, was at the back of the building and gets natural light from a tiny central courtyard to which the room does not have access. Still, it was quiet and lovely with a barrel vault ceiling. Marta explained to us that my room used to be a living area. It has a space which used to be a hearth and one where the water well was, complete with grooves in the stone from centuries of feet standing there, hauling up water. The room also has a separate closet/dressing area in between the room and the bathroom (with bidet, toilet, and shower separate from the sink). 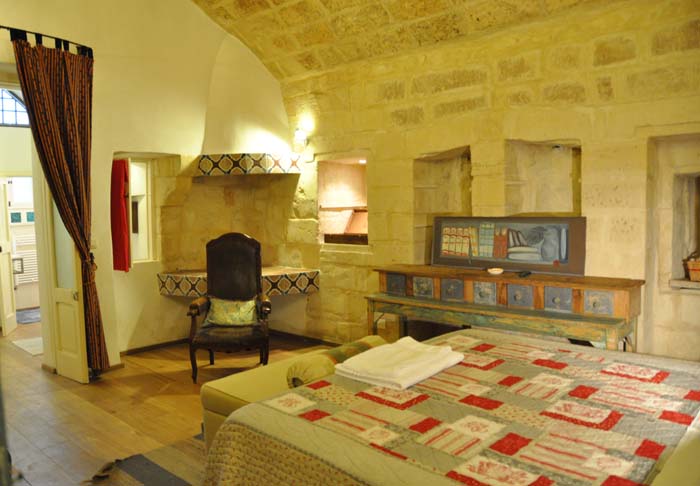 Above and below, the Euippa. 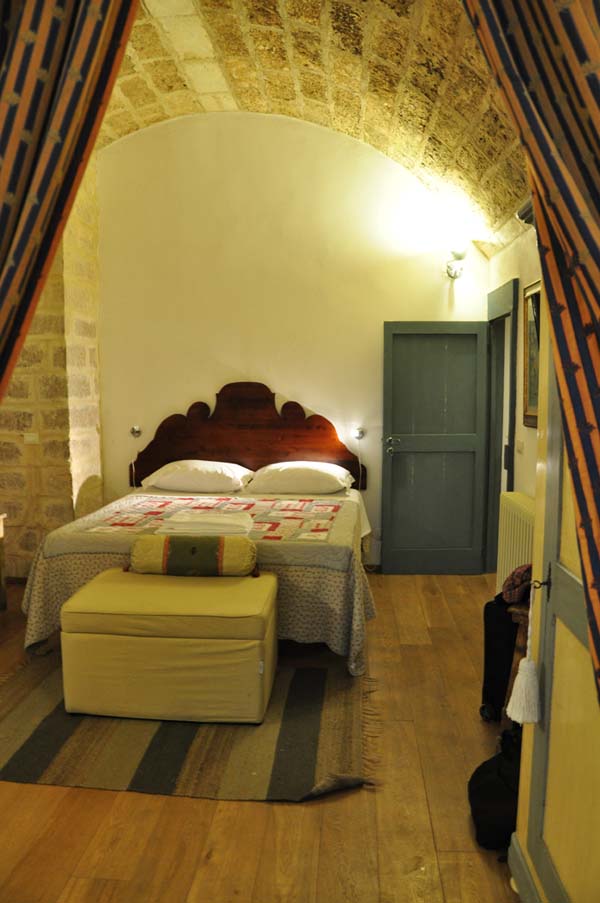 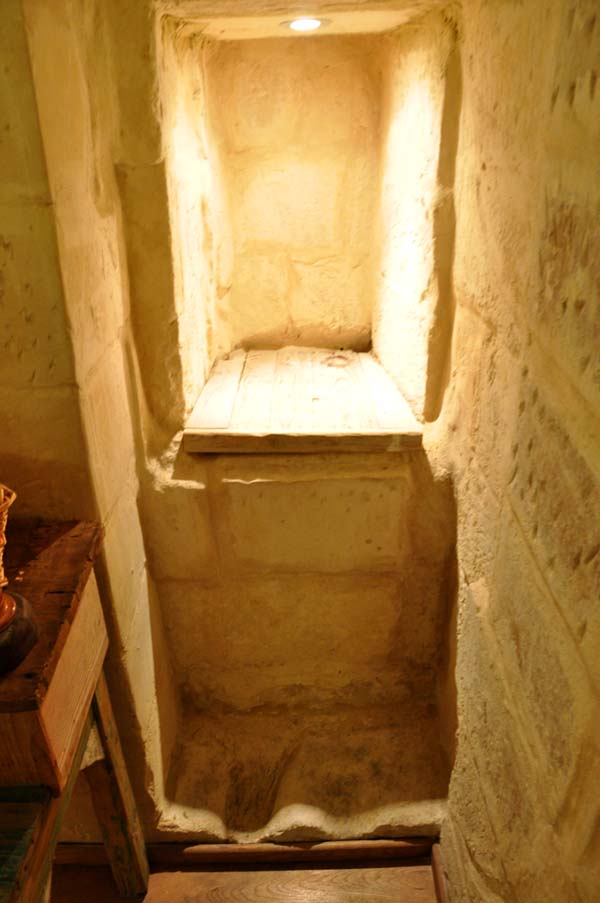 Above, the ancient well in my room, complete with grooves where people used to stand to haul up water. Below, the dressing room and bathroom. 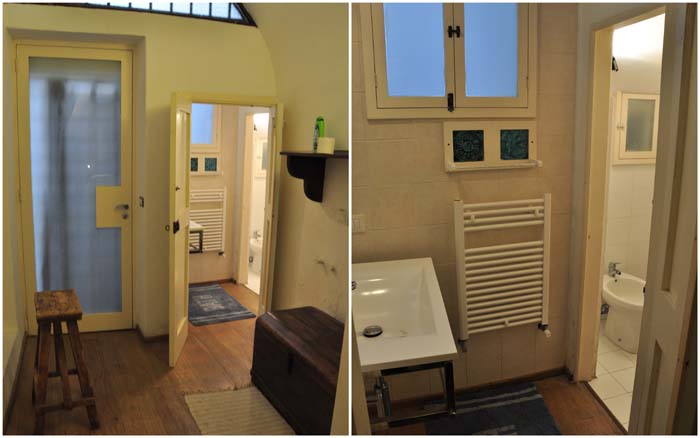 My mother’s room, the “Maria D’Enghein” faced the street and at one time was the kitchen of the building. It had very high ceilings with cathedral like arches and an extra twin bed. I would say her bathroom was a bit nicer than mine in terms of design and space, but I liked that my room was quiet and had the dressing area too. 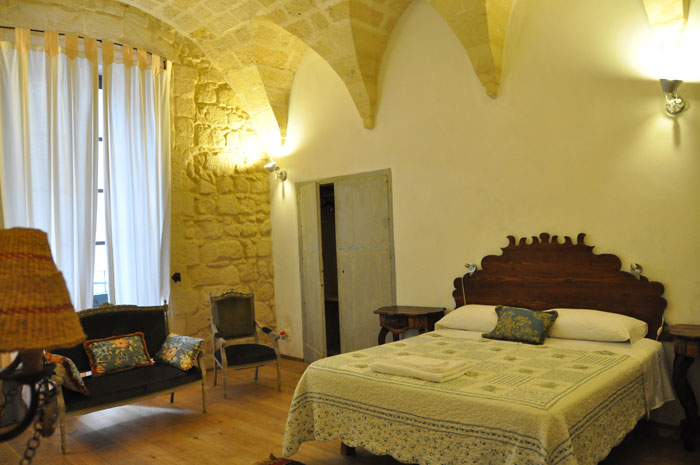 On our last night, Marta showed us a few of the rooms upstairs in the palazzo which she shares with her mother and siblings. They are indeed grand and it was a treat so see some of the design elements and furniture original to the Palazzo. 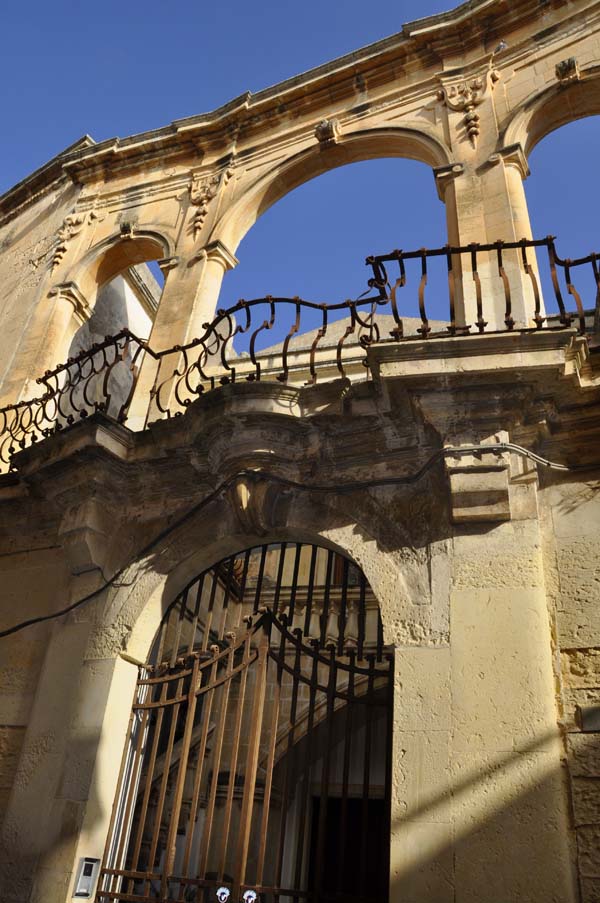 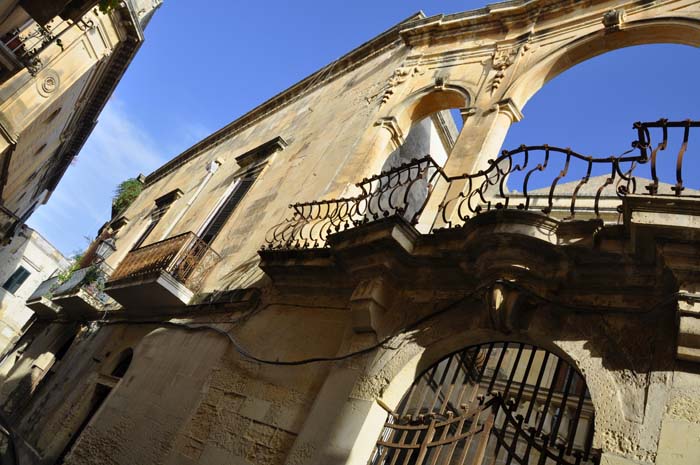 Please note, there are several places in Puglia with the name “Palazzo Gorgoni”, including another in Lecce. The one we stayed in has the address and website linked above.

Disclaimer: Nothing in this post or any of the others from this trip was sponsored, paid for, or provided for by anyone other than me or my mother. If I mention a company, hotel or restaurant, it’s because I think it’s worth sharing, good or bad, and my opinions won’t be colored by third party influence.