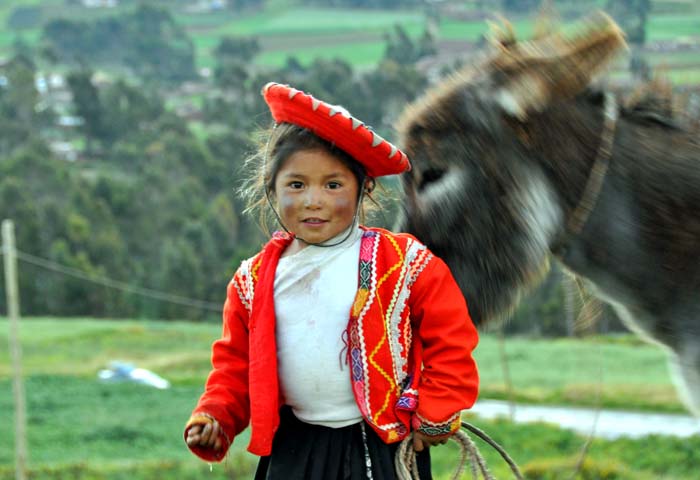 Even though we’d been traveling for for what felt like days by the time we arrived at the airport in Cusco, there was no way I was going to sleep in the car on the way to the Tambo Del Inka hotel in Urubamba. I got my camera out, “just in case” as the car wound its way through the outskirts of Cusco and into the mountains.

Our first impressions of Cusco were not those quaint colonial cobbled streets with whitewashed buildings you see in postcards. This was a much grittier side of the city, one which I doubt many tourists see except from the window of a car, as we did. 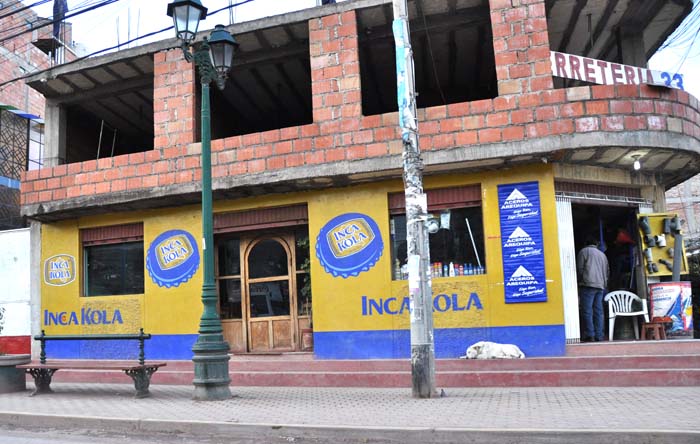 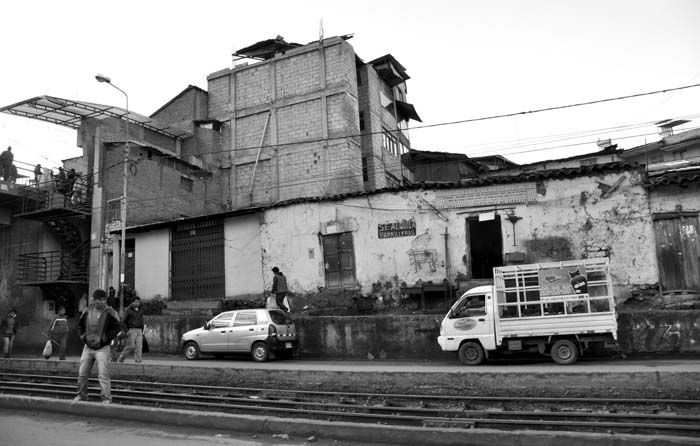 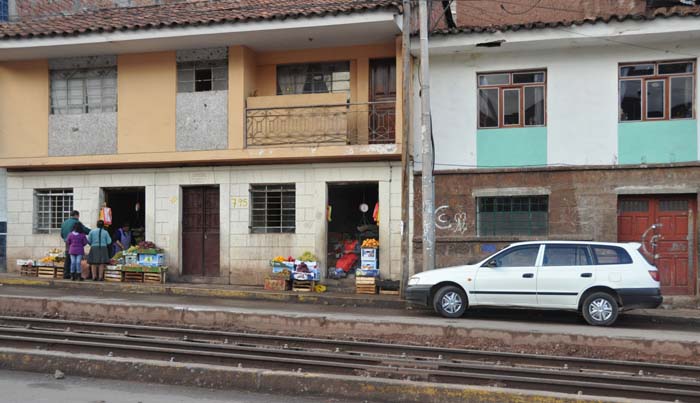 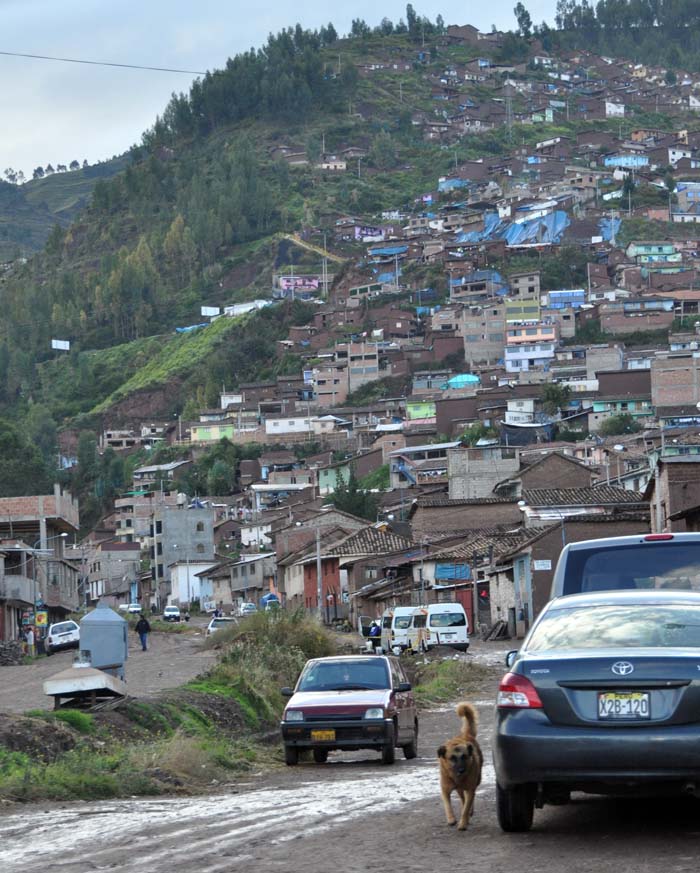 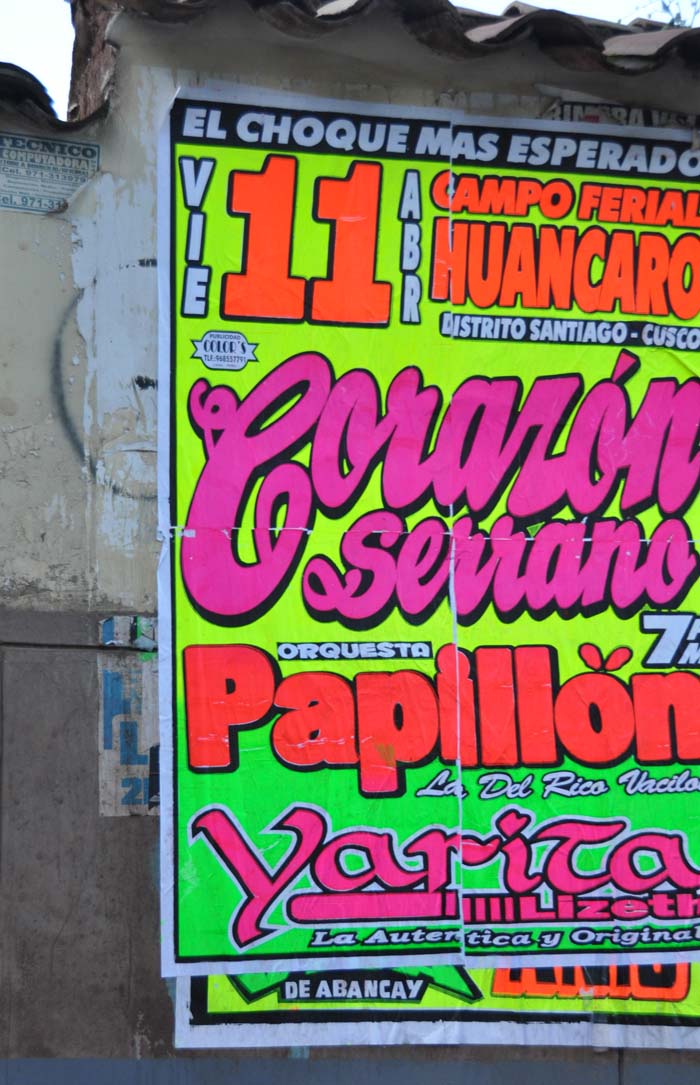 Soon we were outside the city and up into the high valley. 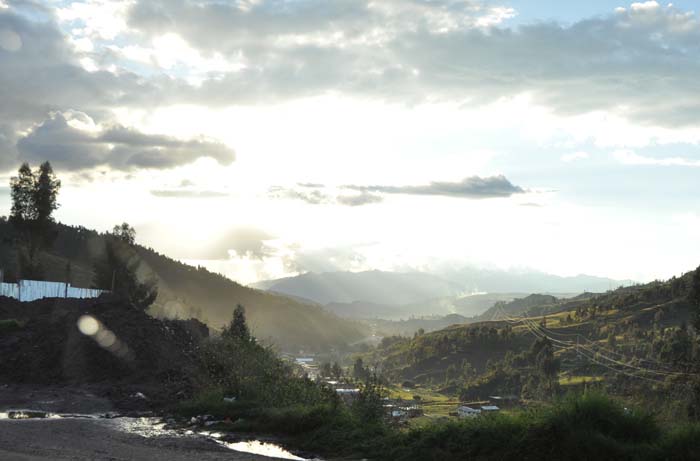 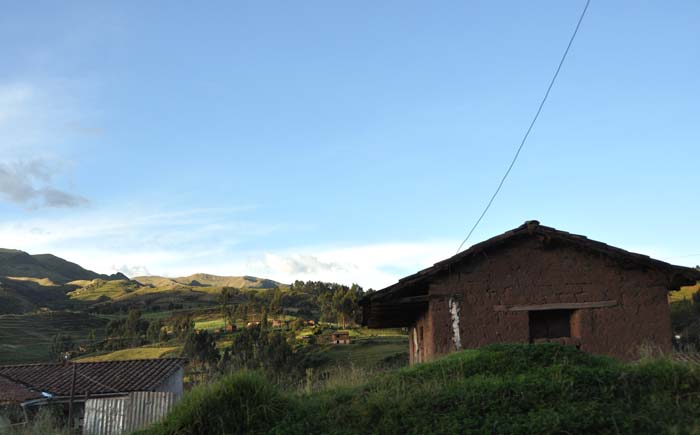 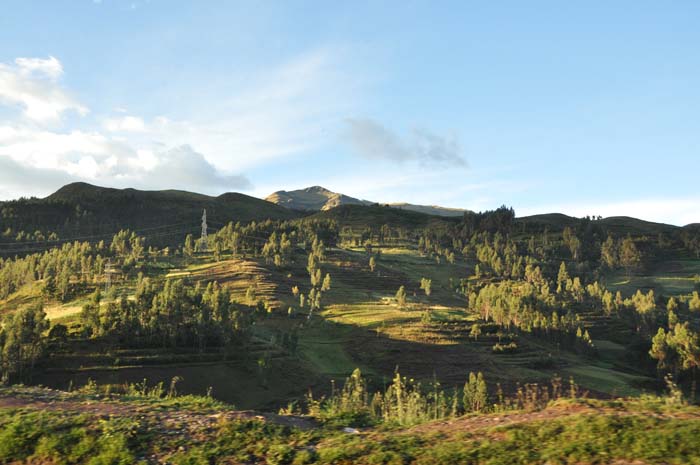 Below, driving into the town of Poroy. If you take the train from Cusco to Machu Picchu, you will be bused to this town as the train no longer leaves from the center of Cusco. 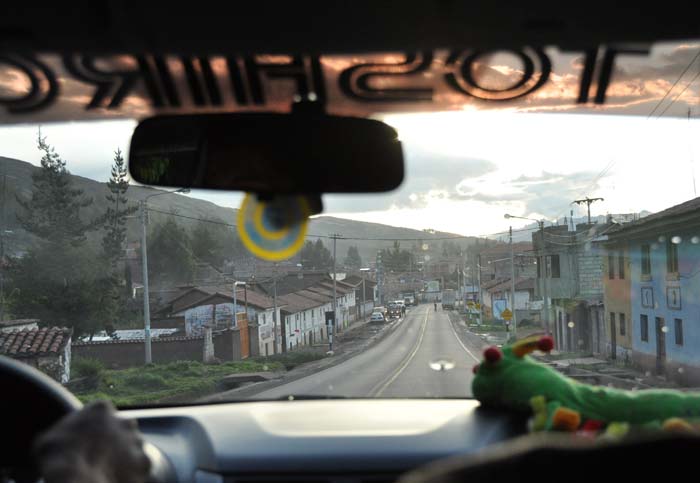 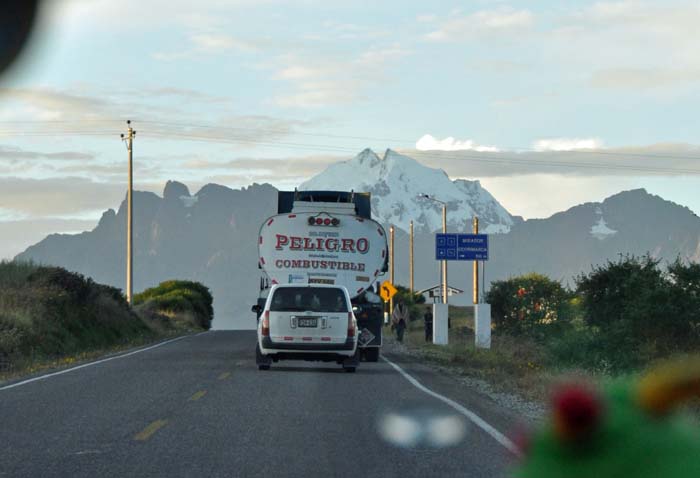 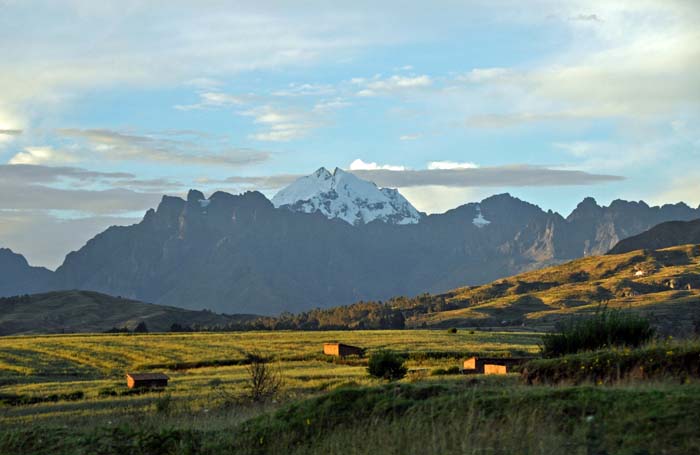 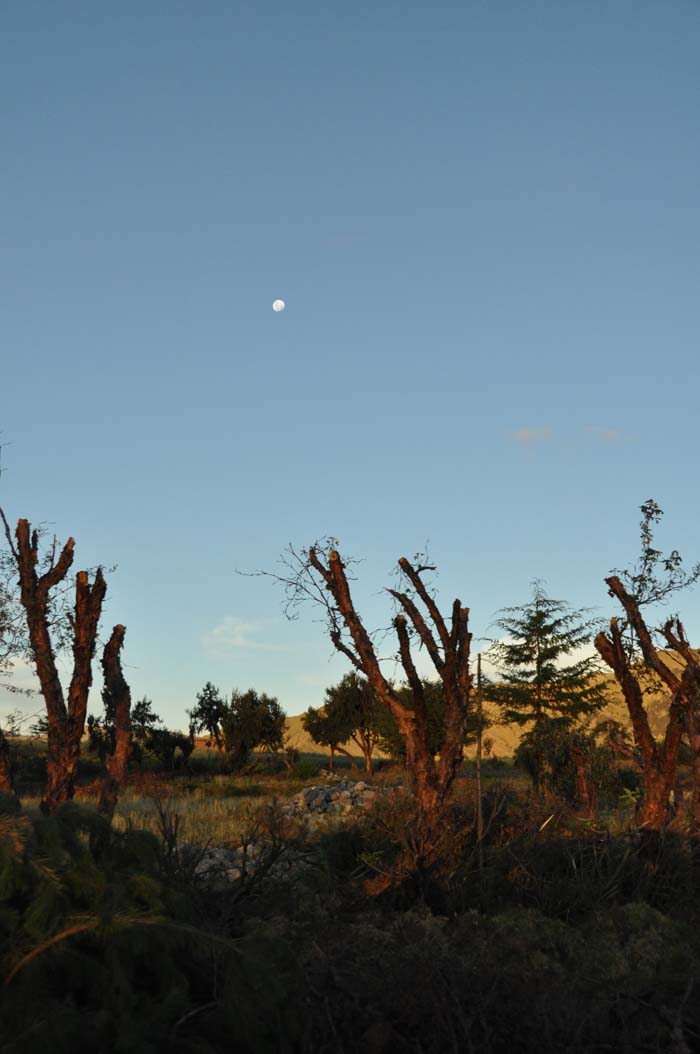 Out here in the high plains is where we heard from several people that the new Cusco “International” Airport will be built over the next decade, replacing the one in the city center and allowing for larger airplanes and faster access to Machu Picchu. The massive jump in tourists this will bring is a scary thought. 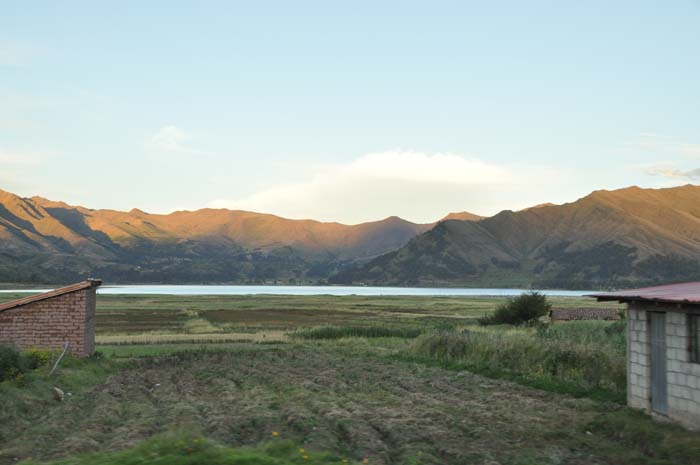 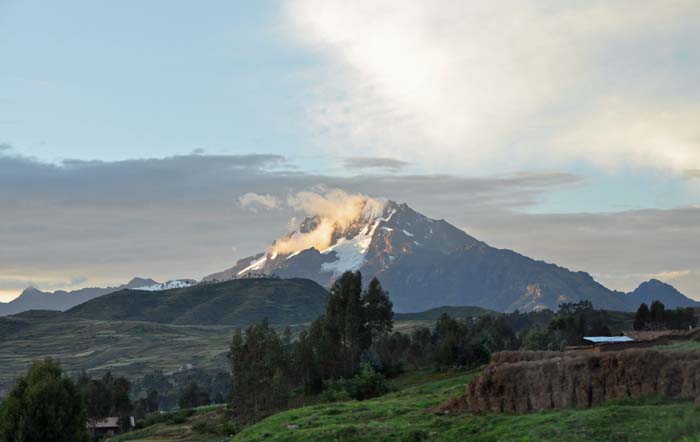 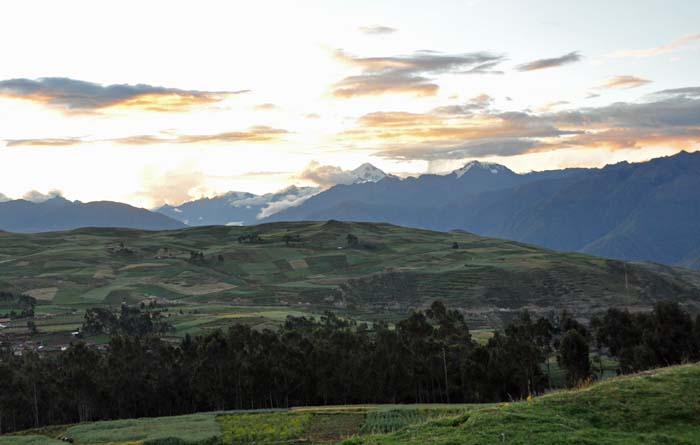 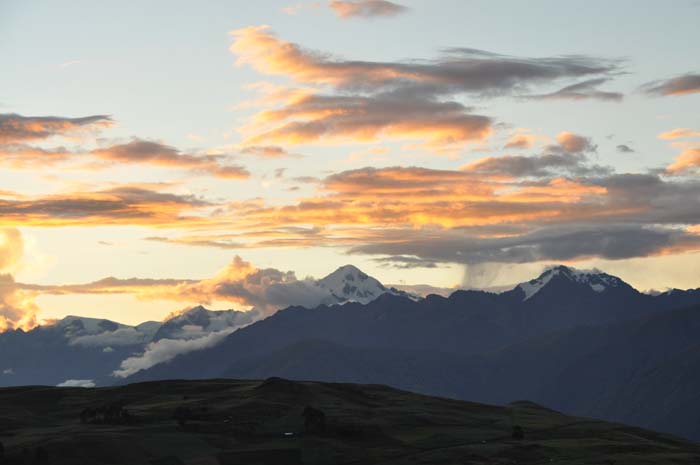 Near the end of the drive we stopped at this viewpoint for photos. The girl in the post’s top photo was there with her mother and their donkey, and she was just so adorable. It was all I could do not to pinch those cheeks!

Below, who are those two tired looking old people and why does that guy have a donkey’s tail? 😉 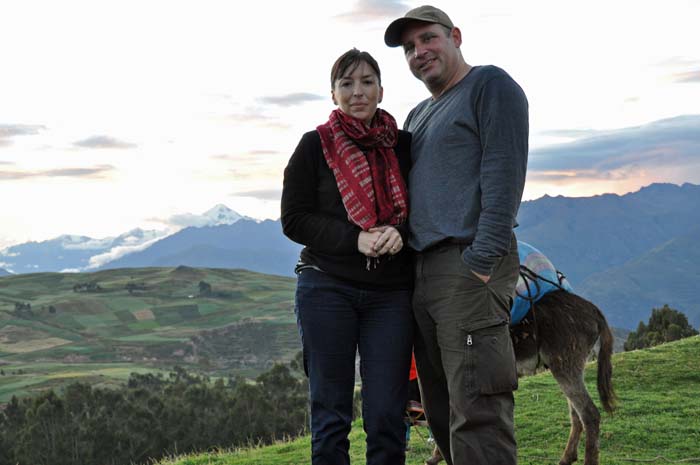