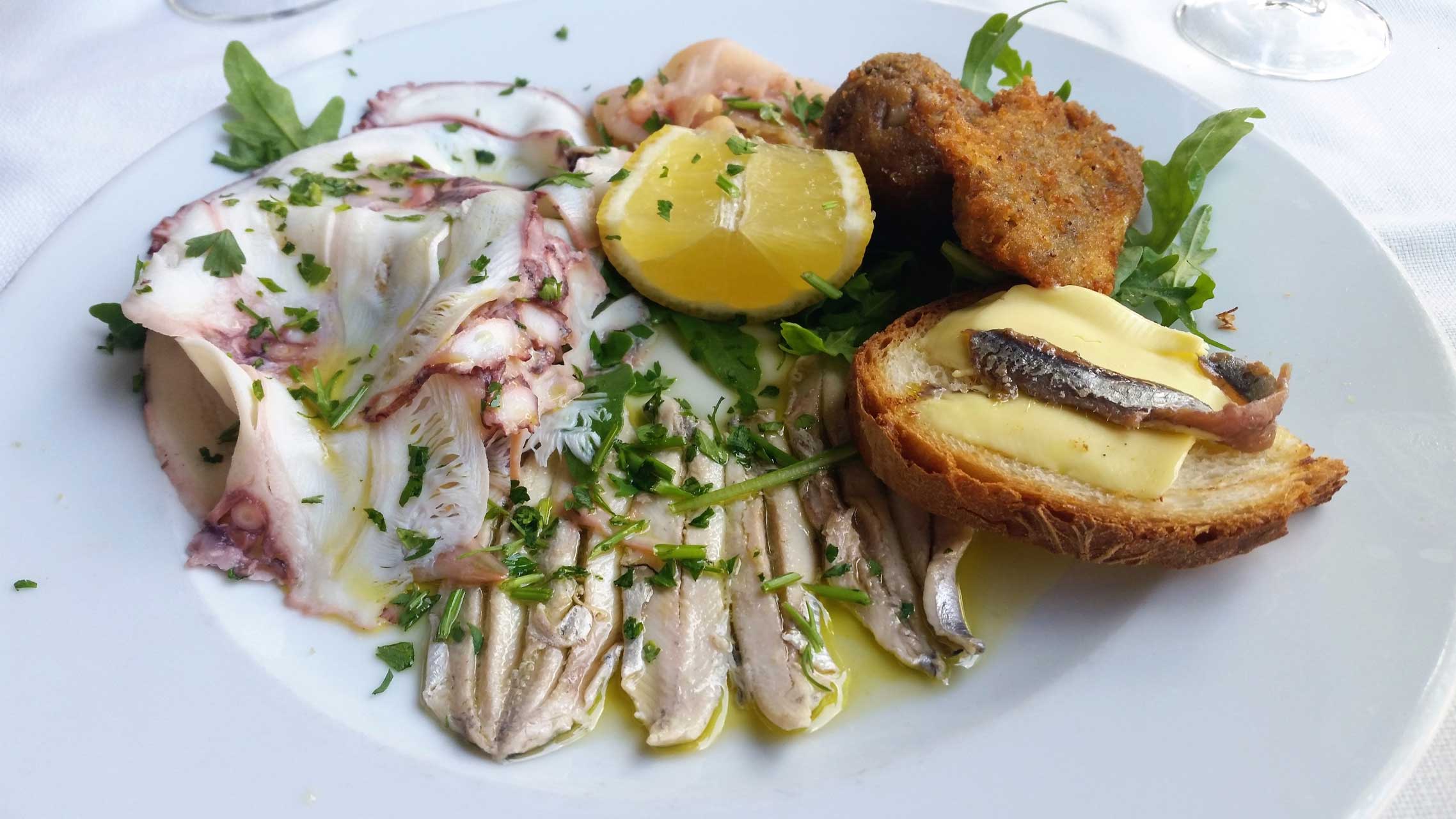 When could you convince me that driving 40 minutes each way along steep cliffed coastal roads just for lunch is a good idea? When that lunch is in Cetara, a tiny fishing village with several highly recommended restaurants packed into the winding main street. Cetara has a population of under 2400 people, but even in the height of summer with the little beach filled with sunbathers and swimmers, it reminded me of the charm of Positano from 25 years ago.

We were only there a few hours, but now I want to return to stay in the village overnight and be there when the tourists go home. I want to eat anchovies and pasta and freshly grilled fish.  I want to sit by the sea and watch the boats haul in their catch.

Cetara is best known for its fishing industry, much of which focuses on anchovies and colatura di alici, the liquid gold which is a by-product of salting and curing those anchovies. Colatura is closely related to the ancient Roman fermented fish product called garum and is similar in many ways to south-east Asian fish sauce, though colatura is a bit milder. I wanted to taste this umami bomb at the source.

But first, we had to get there.

Tell people you’re going to the Amalfi Coast and they will say “Oh my God, just don’t drive there!” I’m here to tell you otherwise. We’ve done it several times and lived to tell the tale. David even enjoyed the driving part while I navigated.

If you are a confident driver, don’t let anyone dissuade you from driving the Amalfi Coast road. Yes, it’s narrow. Yes, it’s twisty and turn-y. And yes, there will be giant buses coming at you around blind curves, but don’t panic.

On the plus side, you have the flexibility of going where you want when you want, and you can wander at will. You can drive down the coast for lunch stopping in other towns along the way like Amalfi, Minori, and Maiori. Sure, there are local buses that ply the coastal route, but in the summer they are very crowded and are liable to pass you by, full to the brim. There are ferries between some of the towns, but you are limited to their schedules. There’s also the sticker shock of a private driver from Naples to the Amalfi Coast, which can cost as much as a week’s car rental round trip.

My advice? Rent the smallest car you are comfortable driving and spend the extra for an automatic if you are not 100% comfortable with a standard (stick) transmission. It will be one less thing to worry about. Take your time, plan your route, and be prepared for traffic. Also, do learn the parking rules or you could end up with a ticket like we did in Positano. It was a comedy of errors trying to figure out how to pay it (more on that later). All that said, having a rental car can be liberating and we didn’t find it nearly as scary as some people say it is to drive the Amalfi Coast.

We arrived in Cetara in time for lunch and parked at the port parking lot (I would not recommend attempting to drive through the village). I had a list of three or four recommended restaurants but ultimately, we ended up at Ristorante al Convento (Piazza San Francesco, 16), a short walk up the main street away from the crowd at the small beach.

The restaurant is in part of a former convent (hence the name) and the inside has whitewashed walls with soaring arches and frescoes. Outside, there’s a lovely shaded terrace which is where we sat. We started with a mixed seafood plate and of course had to try the spaghetti with colatura, garlic, and olive oil. We also had a fried fish and calamari plate and eggplant parmesan, both very enjoyable.

The spaghetti with colatura was a study in simple deliciousness; perfectly cooked pasta, garlic, olive oil, fresh parsley and the slightly salty, slightly savory, taste of the colatura.

Away from the water, everything was a bit quieter and this was the view of the Piazza S. Francesco from our table.

I can’t help but daydream about buying a run-down villa like this and restoring it.

We enjoyed walking through the town on the way back to the car. It was blessedly uncrowded, unlike the streets in Positano and Amalfi which we found filled wall to wall with tourists, many dropped off for just a few hours from gigantic cruise ships.

This grandpa is way cooler than anyone else’s grandpa ever.

Around the World Pre-Trip Journal March and April 1998