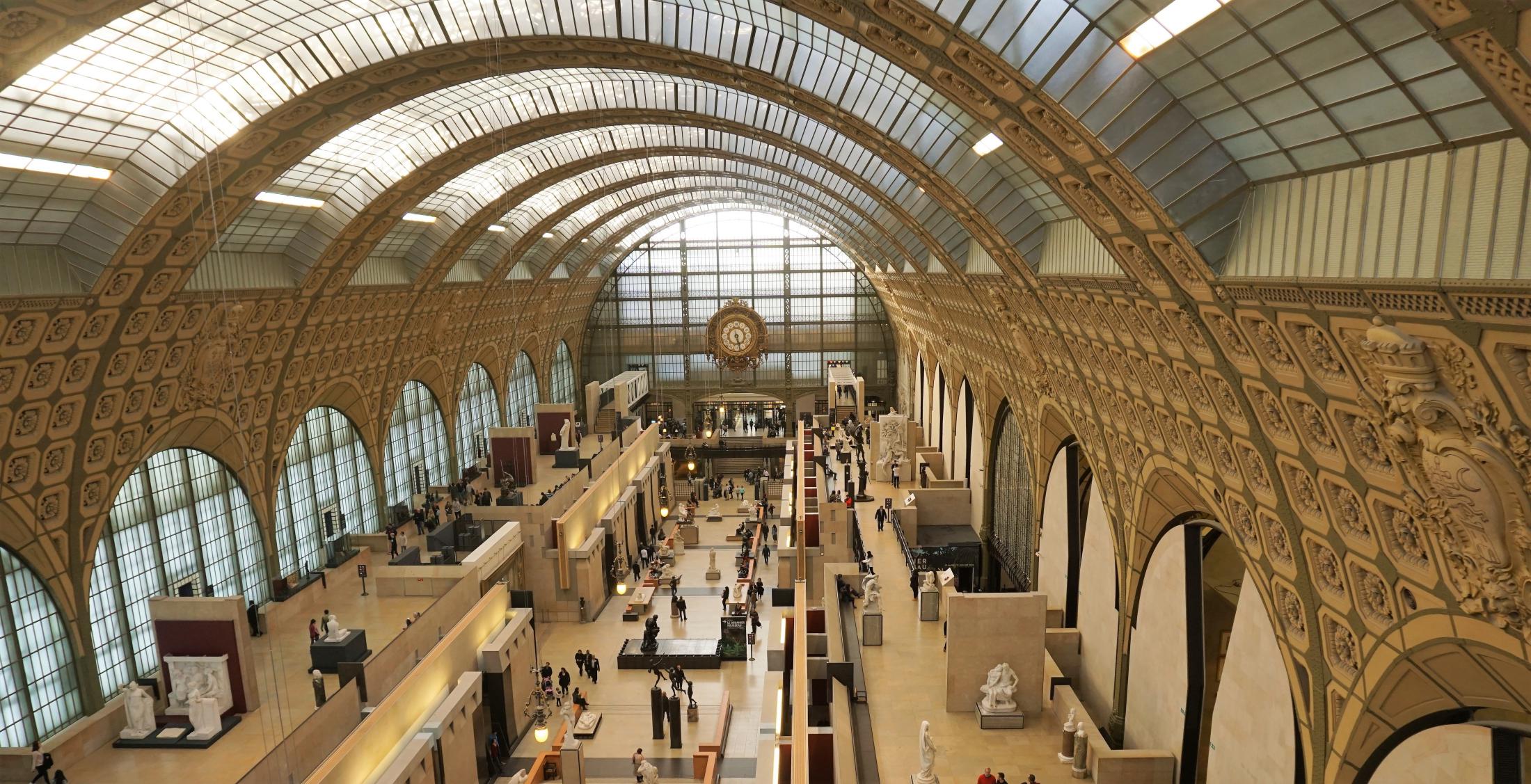 The Musee de Louvre and the d’Orsay are two of the most popular museums in Paris and if you’ve never been, you’ll want to put them high on your list. Even if you’ve been, you might want to re-visit like we did because there are always new things to see.
With the Museum Pass, the combined admission prices of just these two will more than pay for a day of the pass, even at the 2-day rate.

The Louvre museum is a former royal palace originally built as a fortress in the 12th century and turned into a royal palace in the 16th century. It has been a museum since 1793. It is said to house over 38,000 objects of art and history and it would take years to see it all.

For this reason, we can only manage a few hours at a time (which is why the Paris Museum Pass comes in handy). Because we’ve been before, we didn’t feel the need to see all the highlights (like the Mona Lisa and the Venus de Milo), but instead some old favorites like the Winged Victory, the Raft of the Medusa, and part of the Egyptian wing.

The Winged Victory is one of my all-time favorite sculptures. She is power, grace,  beauty all in one.

As we were leaving the museum, we tried we try to find a bathroom that didn’t have a huge line as well as a usable, open exit (many were closed for security reasons).
TIP: Check out the restrooms in the balcony space above the Roman mosaic floors.

The Louvre museum is located in the 1st arrondissement. Opening days and times, as well as ticket info, can be found on the Museum’s website.

On another day we visited the d’Orsay museum which is housed inside an old train station built in the late 1800’s for the 1900 World Fair. Decommissioned as a train station after WW2, it opened in 1986 as a museum, intended to bridge the gap in the art timeline between the Louvre and the modern art at the Pompidou. The bulk of the art in the museum is Impressionist and post-impressionist and is the largest collection of such art in the world.

Don’t miss going up to the cafe on the top floor for the view out of one of the old train station clocks (below).

It’s been a long time since our last visit and it was nice to see all the Impressionist works for which they are best known, but even more interesting was a huge selection of art deco furniture. There were complete rooms from the 1920’s which were simply gorgeous.

The d’Orsay museum is located in the 7th arrondissement. Opening days and times, as well as ticket info, can be found on the Museum’s website.

Making the Most of the Paris Museum Pass

Around the World Pre-Trip Journal August 1998