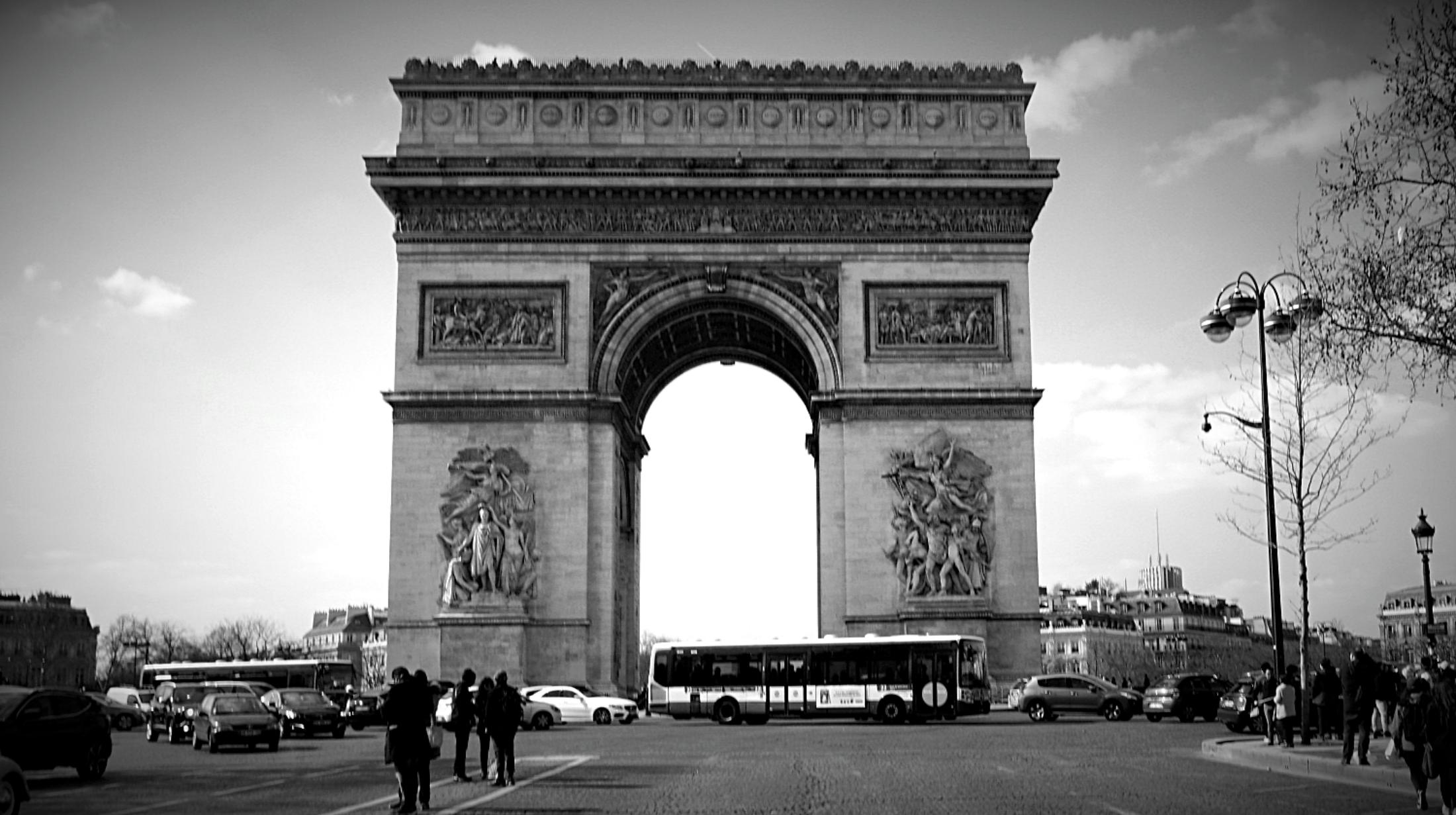 On one of our days in Paris, we climbed to the top of the Arc de Triomphe for incredible 360-degree views of the city and then ventured underground to scour the tunnels of the Sewer Museum to see what keeps is city moving (literally).

The arch was built over a 30 year time span and completed in 1836. Its construction was first ordered by Napoleon to commemorate his solders in the Battle of Austerlitz and it was later completed by King Louis-Philippe I to glorify the armies of the empire.

Beneath the arch is the tomb of the Unknown Soldier, buried there in 1921 to symbolize all those soldiers who gave the ultimate sacrifice.  On it, the Flame of Remembrance is lit every day at 6:30 PM.

The entrance to go inside the arch and climb is best reached via an underground tunnel near the Avenue de la Grande Armee side of the circle.

Once at the top, the views are 360 degrees of spectacular.

The Arc de Triomphe is accessible for free with the Paris Museum Pass. For opening days and times, and general admission costs, go here.

I know what you’re thinking; a sewer museum? In Paris? Ewww, wasn’t it smelly? Um, yes. But also fascinating and something completely different and interesting to see.

Paris has a long history around its sewers. Originally open and running down the streets, by the mid-1300’s the sewers drained through an underground network and into the rivers. This method lasted for centuries until the underground tunnel version still used today was started in the 1850’s. Today the sewer covers more than 2100 kilometers under Paris.

Once below ground you can walk through the exhibits and learn all about how the sewers carry water and waste, how they are cleaned, and even how people used to take tours by boat through the sewers!

Metal and at one time, wood, balls were pushed through the tunnels to clean them of waste.

The Paris Sewer Museum (Musée des égouts de Paris) is in the 7th arrondissement and also covered by the Museum Pass. For opening days and times go here. Note; it looks like the museum is closed for renovations until January 2020.

Around the World 1998; The Departure and Hawaii