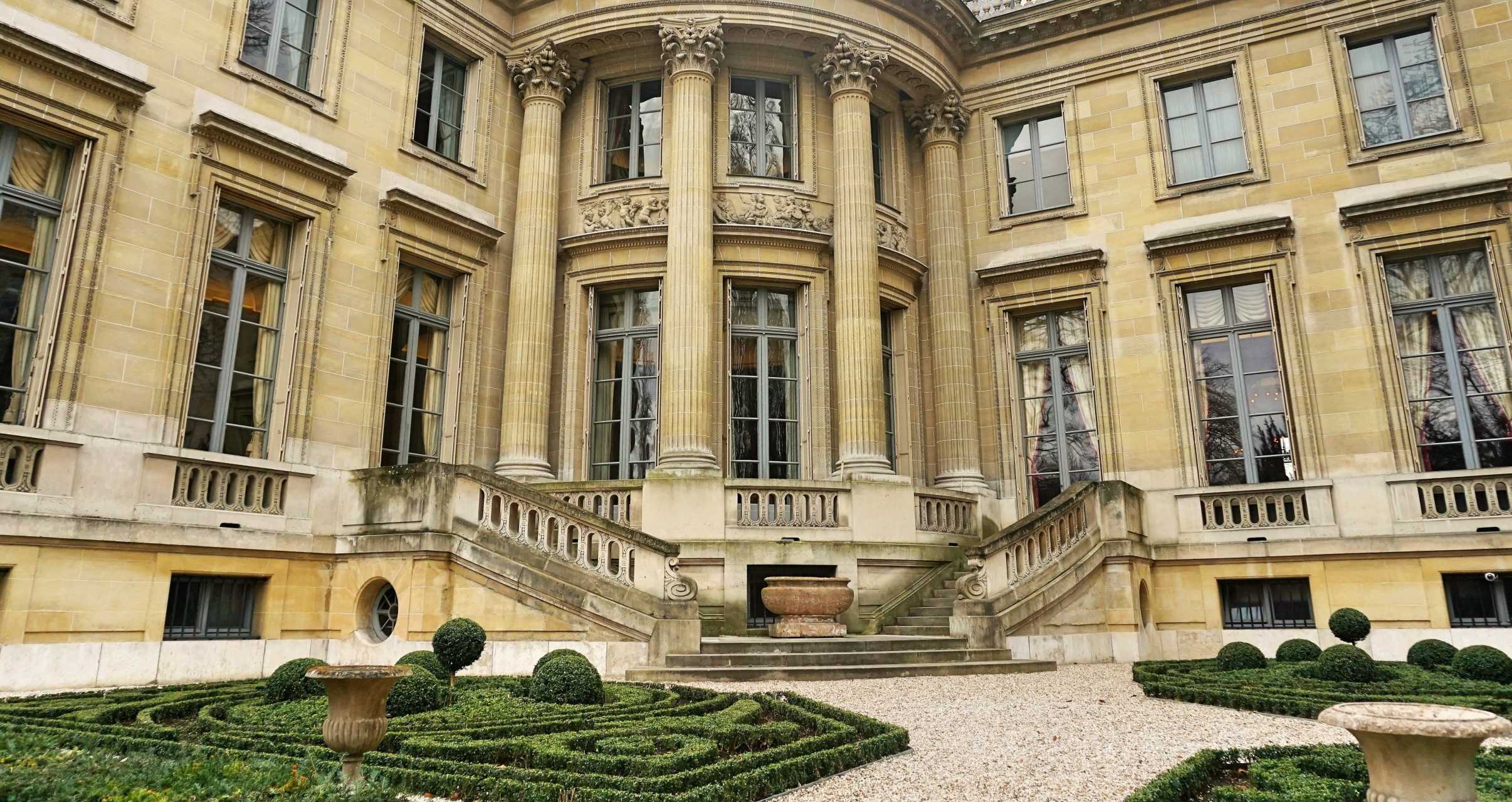 The Musee Nissim de Camondo is a house museum in the 8th arrondissement of Paris. 1911 by a wealthy Ottoman banker named Comte Moïse de Camondo, house (and the family) has a tragic history.

Moïse de Camondo was an avid collector of 18th-century furniture and the house, completed in 1914, was built specifically to display his collection.

But even before the house was built, his wife left Moïse after she had an affair with the stable master. Their two children stayed with him and eventually moved into the house. After his son Nissim died fighting in WWI, he donated the house to the Musee Les Arts Decoratifs but continued to live in it.

Moise died in 1935 and the house was turned into a museum in 1936. The final culmination of the tragic story occurred when his daughter Beatrice and her family were deported to Auschwitz during the German occupation of France in WWII. The entire family died in the concentration camp.

While the interior was filled with antiques, the house was built with all of the most “modern” conveniences of the day. It had an elevator, a vacuum system, modern plumbing and bathrooms, and a heating system with filtered air. There are even nine porcelain “water closets” with a flush-valve piston system.

I love any kind of house museum and Paris has several. After my visit to the Nissim de Camondo house, it has usurped the Musee Jaquemart Andres (another house museum filled with art) as my favorite.

I really enjoy seeing how people lived in the past and if we can see the “behind the scenes” into the kitchens and servant’s quarters, so much the better. All too often those rooms are closed off but at the Nissim de Camondo house, they have one of the most magnificent kitchens I’ve ever seen.

The kitchen is fully lined with  tile; the floors, the walls, and even the ceiling. The room has a double height ceiling so that must have been quite a challenge to clean!
The iron stove and ovens are enormous monsters. The kitchen was kosher with separate sections for meat and dairy cooking. One can only imagine the glorious feasts that came from such a kitchen.

Looks at all those gleaming copper pots!

The head butler’s office is connected to the kitchen and next to the back door. All the better for watching the comings and goings of the house.

Right off the kitchen, adjacent to the dish room is the servant’s dining room. It reminded me of the scenes in Downton Abbey. The room has small wooden lockers in it for their personal belongings. There are two pass-through windows into the room; one directly from the kitchen and one from the dish room.

The property backs up to the edge of the Parc Monceau which can be seen from the windows and the garden at the back of the house.

Entrance to the Nissim de Camondo House is covered by the Museum Pass. Entrance fees and opening times can be found on the museum’s website.
The admission also comes with an audio tour with excellent narration all over the house. It’s also possible to buy a combo ticket for both the Musée des Arts Décoratifs and the Musée Nissim de Camondo.

Around the World 1998; The Departure and Hawaii