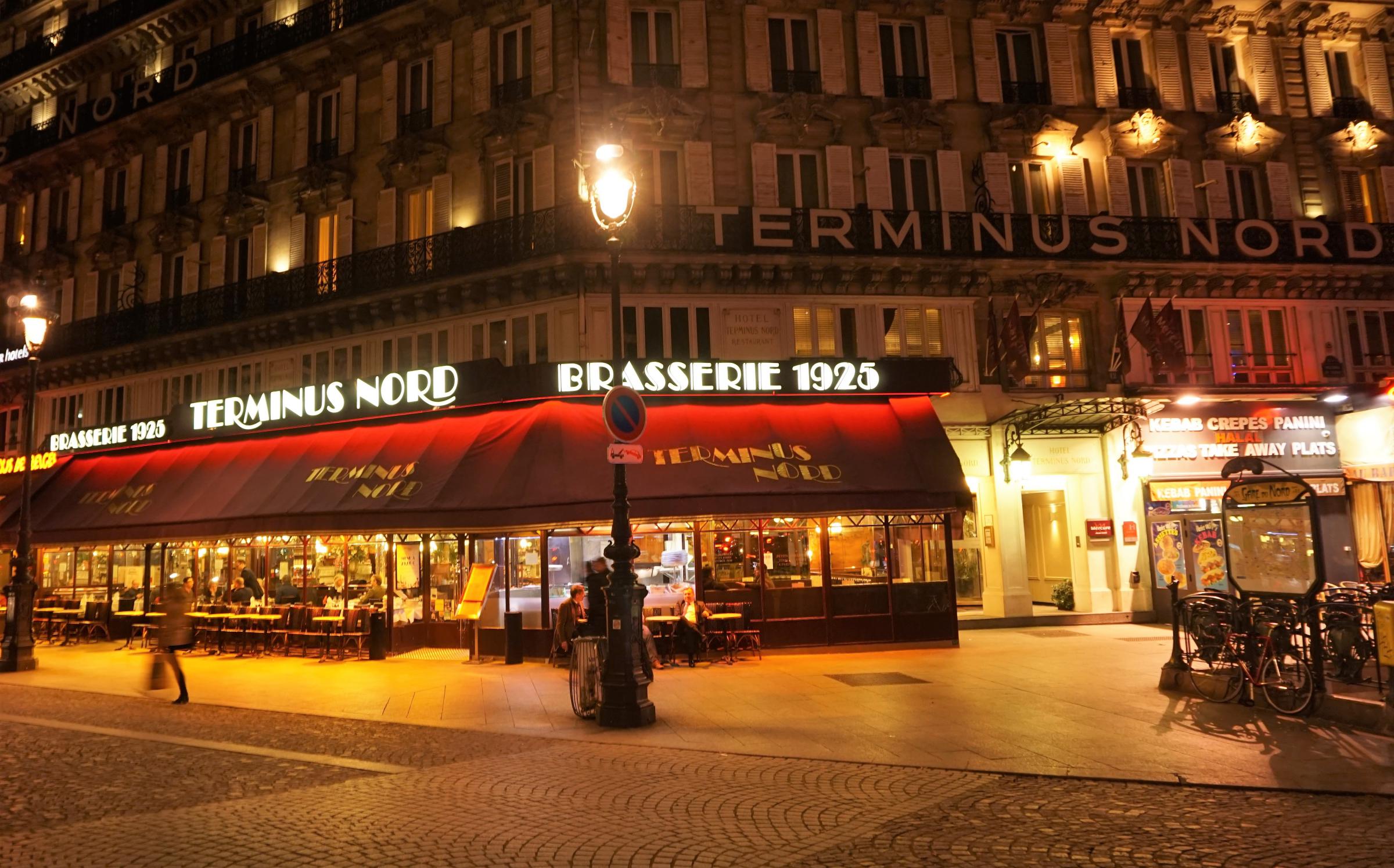 It’s estimated that Paris has over 40,000 restaurants. With that much choice, how can you go wrong? But also, how do you choose?
For us, it was a mix of convenience, location, research, and experience. Over the years I’ve compiled a list of places to try in any given arrondissement, as well as researched what’s new before any trip. Sometimes it’s serendipity, and sometimes it’s as simple as looking at Google Maps or the Fork (similar to OpenTable) to see what’s nearby. Below are six of our favorite meals from a week in Paris.

Le Rubis is a tiny, old-school bistro in the 1st with a zinc bar and  food they only serve at lunch. I first ate here in 2008 and nothing has changed (probably in the last 50 or so years). They are known for this, as well as for having what is probably one of the few remaining squat toilets in Paris. Somehow, I have still have not managed to see upstairs, but I think there is a dining room there.

The food arrives from the kitchen via a dumbwaiter. There are handwritten menus on the wall and prices standing at the bar for drinks are cheaper, as well as some menu items only available there, but not at tables. In the evenings they only serve drinks and light snacks.
We had a simple lunch of escargot and cassoulet, with wine, for about 40 euro.
Le Rubis- 10 Rue du Marché Saint-Honoré, 75001

We’ve been to Terminus Nord on every trip to Paris over the last 3 decades. It’s a “must” for us and we almost always order from one of the set menus, which is a very good value. They have glittering, ice packed, shellfish platters covered in oysters which I have always wanted to order but never have. Next time.

On this last visit, we ended up at Terminus Nord for a late dinner on a Monday night because so many Paris restaurants are closed on Sundays and Mondays and we didn’t decide until late what we wanted to do. The beauty of this place is that it’s relatively easy to get to on the Metro because it’s located right across the street from the Gare du Nord. Because it essentially serves the train station, it’s open seven days a week, and until midnight almost every night.

This visit was a good experience, like all of our previous ones, except for the waiter who was clearly trying to push the check up and disappointed we only ordered the set menus (as did the four French people next to us, so !). The back waiter and busser were great though, so I think it was just him.

The food was as solid as always; the oysters were fresh and the foie gras was generous. Our salmon and steak were perfectly cooked. David’s creme  was creamy with a traditional crisp crust. There is nothing “new” here, but sometimes what you want is simple comfort and consistency.  Dinner (one 2 course menu, one 3 course menu and wine) was 109 euro with service included.
Terminus Nord  23 Rue de Dunkerque, 75010

L’Ecailler is all about the oysters and fresh seafood. The restaurant is owned by a woman whose family owns oyster farms in Normandy and Brittany.

Of course, we started with a dozen oysters, briny and sweet, fresh from Utah Beach in Normandy (yes, the famous one from WW2).  Oddly, the oysters were served in a very untraditional way (for France) with the muscle not cut from the bottom shell, with no mignonette, and not on a bed of ice, only seaweed.

Following the oysters, we shared a half crab and scallop tartare appetizer. Again, very fresh.

We shared a sole , which again was served with no sauce, supposedly to highlight the freshness of the fish. But what is without the browned butter? This was the only disappointment of the meal. We had a  tart for dessert. Dinner with a bottle of white wine and service was about 150 euro.
L’Ecailler du Bistrot- 22 Rue Paul Bert, 75011 Paris

Like L’Ecailler, La Bourse et la Vie was a restaurant new to us, opened by American chef Daniel Rose who also had the now-shuttered restaurant Spring and has a hot new  in New York. La Bourse is a modern bistro with Rose’s take on classic dishes like Pot-au-feu, Duck a la Orange, and Steak Frites.

We began with an appetizer of baked egg with cream and freshly shelled peas. This may have been my favorite dish of the night. It was so simple and yet so fresh and satisfying. The foie gras was also delicious but a bit under seasoned.

For our main courses, we had the Pot-au-feu, which is a classic “beef stew”, this one served in a clear broth with the bone and bone marrow. The duck a la orange was a modern take and included fresh orange segments with the perfectly cooked duck breast and crisped skin.
Our meal, with a bottle of wine, chocolate mousse served out of a large serving bowl, coffee, Kir royale, and Calvados was around 150 euro.
La Bourse et la Vie– 12 Rue Vivienne, 75002

Le Chemise is another tiny modern bistro which happened to be right around the corner from the apartment we’d rented in the 11th. I think I found this one by perusing the Google Map of the area and I’m glad I did. Sometimes it’s good to just take a chance.

We began our meal with cocktails and appetizers of bone marrow and foie gras. When I ordered the bone marrow, the server looked at me and asked,
“are you sure?” He clearly does not know me. He told us that many Americans are put off by eating bone marrow so he always checks to make sure they understand what they are ordering.

For our main courses we had a “Seven Hour” lamb shank with , steak and potatoes, and for dessert, a cheese plate and ‘french toast”.
Alas, Le Chemise has recently closed, but their website says they may be re-opening in a new location.

Would you eat somewhere with essentially only one item on the menu? If the answer is yes, then Relais de l’Entrecote is for you. They have a single “menu” which includes a walnut salad, sirloin steak cooked rare and served with a special sauce and french fries for about 26 euro. Your only choice is what kind of wine you’d like to order or if you want dessert. The place is a classic and has been around since 1959. The servers are all women who wear black uniform dresses with white aprons.

We were seated at a tiny table, behind a column, next to the front window. Service was efficient. The steak was very rare and the fries were tasty and crisp. They keep half the steak warm for you as you eat the first part which is a nice touch and will offer more fries. About 70 euro for two with house wine.
Relais de l’Entrecote

Around the World 1998; Auckland, New Zealand