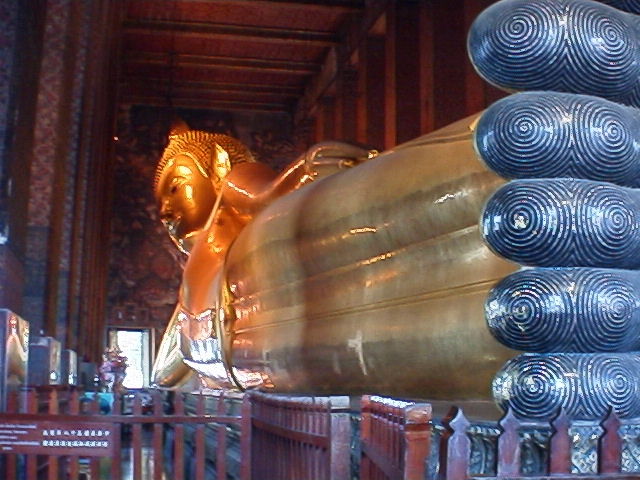 We are now home and settled in for 8 months and I am just itching to travel again. A couple of months ago an interesting offer showed up in the Sunday Travel section of the paper. I saw an advertisement for a 5 night package trip to Bangkok on China Air. It included RT airfare, 5 nights at the Holiday Inn Crowne Plaza Hotel, breakfasts, transfers, 1/2 day sightseeing tour for $1199 for two people! Problem was, it was only good until the end of November.  I said to David, “If they offer this package in the Spring, do you want to go?” My thought was that even though we spent so much time there before, we could easily fill 5 days shopping, sightseeing and eating. I hoped that maybe we could even entice some friends along and show them the sights. Well, sure ‘nuf, the package became available again, but only through mid March, which would not work for David’s schedule.

Hmmm….what to do? In a heartbeat, I thought, I’ll just see if my Mother wants to go. Even though we have traveled together before (two weeks in Italy in a rental car, and a week in New Orleans) I was a bit reticent asking her if she wanted to go. Not that she’s not an adventurous soul, but I thought she might be a bit put off by the third world thing. However, I had the knowledge that we would have a nice hotel room to go back to every night, and my prior experience in the city on my side.

So, I hesitantly approached the subject, and not missing a beat, she said, “Sure, why not?” What a trooper! My mother is my favorite type of traveling companion, she doesn’t want to plan anything and leaves it all up to me. To be fair, I did not paint a romantically rosy picture of Bangkok. I told the truth; it’s a dirty, polluted, huge metropolis that is at the same time fascinating, exotic, and exciting. I told her we’d eat at my favorite sidewalk food vendors, have massages at Wat Po, take a day trip to see the ruins at Ayuthaya, and cruise up and down the Chao Praya River on the local river boats. We even decided to book another night’s lodging (only $41) so that we would have a full five days there (we arrive at midnight which counts as the first night). She had to get a new passport and submit herself to various inoculations. Now, all we have to do is wait for the departure day to arrive.

In case you’re wondering, I’m still deciding whether or not to bring the digital camera and computer along since it’s such a short trip. If I bring the digital camera, then I have to bring the computer in order to download the photos. On the other hand, if I bring a film camera, I will have to scan all the photos when I get home. I have become so used to the convenience of the digital camera (there are no bad photos, only erased ones), that I can’t imagine working with a standard camera anymore. On the other hand, I am aware of the digital camera’s limitations in terms of photo quality and am anxious to take better photos. I had also toyed with posting from Bangkok daily, but that may be too much even for me. And if I don’t write in my journal right away, I know I will lose a lot of information and the details that diminish with distance and time. If I write in a paper journal, then I will have to transcribe it later. A dilemma, not one crucial to issues of world peace, I know, but a small dilemma for me nonetheless.