When I told people I was going to Italy on this trip, they almost always asked me “Oh, where in Italy?” My guess is that the expected reply was “Venice” or “Tuscany” but when I said “Naples, Pasteum and Rome” I’d be willing to bet not one of them (save my sister-in-law, the classics professor) had ever heard of Paestum, let alone been there.

Paestum is known for two things; for its fantastic archaeological Greek temple ruins, and as the home to buffalo mozzarella. It’s a UNESCO World Heritage Site and was often a stop on “Grand Tour” of 18th century travelers. Many people visit here as a day trip from Naples or the Amalfi Coast. Our plan was to spend 2 nights there, visiting the museum and ruins on our first day, and on day two, see a local buffalo mozzarella farm and the nearby town of Agropoli.

A fairly short train ride whisked us from Naples to Paestum for about 6 euro each. Sit on the left side of the train for a view of Mt. Vesuvius and on the right for Bay of Naples views. If you go from Naples by train, and intend on returning through Naples, buy your return tickets in Naples as there is no open ticket booth at the Paestum train station. You can buy the return tickets from a local bar, as we did, but this was a bit of a fiasco because they actually ran out of tickets and sold us 3 sets of tickets totaling the trip cost in lieu of a single ticket. Our hotel was horrified and traded us tickets belonging to one of their workers. If you are coming from the Amalfi Coast, it is easiest by car, though there may be bus service.

There is not much “town” to Paestum, it’s more of a crossroads with a major monument attached. But it would be home for the next two days and we were determined to make the most of it. After checking into our hotel, il Granaio de Casabella (more on this in a later post), we walked over to the town, about 2 blocks away. The street which leads up to the ruins is filled with tour buses, trinket shops, and a few restaurants and ATM machines. In the center of it, is the old town square with a church, the tourist information office and the public water fountain.

Next to the square is the National Archaeological Museum of Paestum which we decided to visit before the ruins to hopefully give us a sense of time and place. If you are planning on visiting the ruins on the same day, buy a combo tickets and save some euros.

The museum was a pleasant surprise and much larger than I expected. There are two floors. Make sure you go upstairs to see the artifacts used in daily life. There are the pre-requesite carvings and statues, some from the pediments of the temples across the street, but the most interesting (in my opinion), was a large room filled with the fresco painted slabs of stone which were once the walls of tombs. The displays were also well marked with descriptions in English. 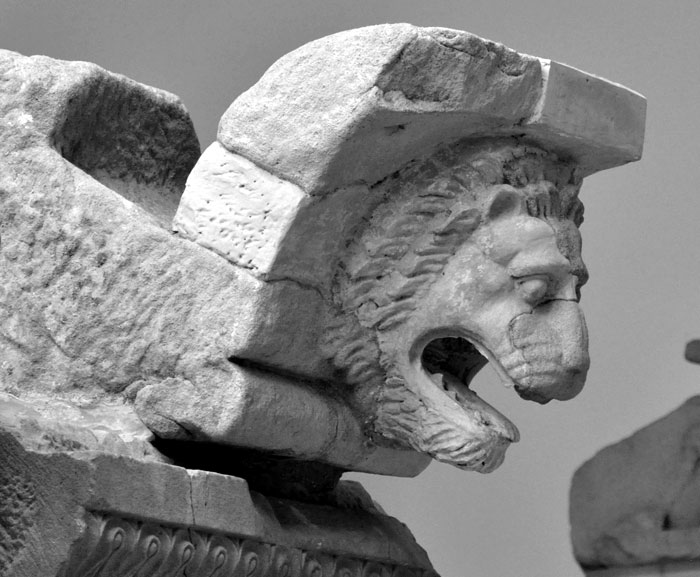 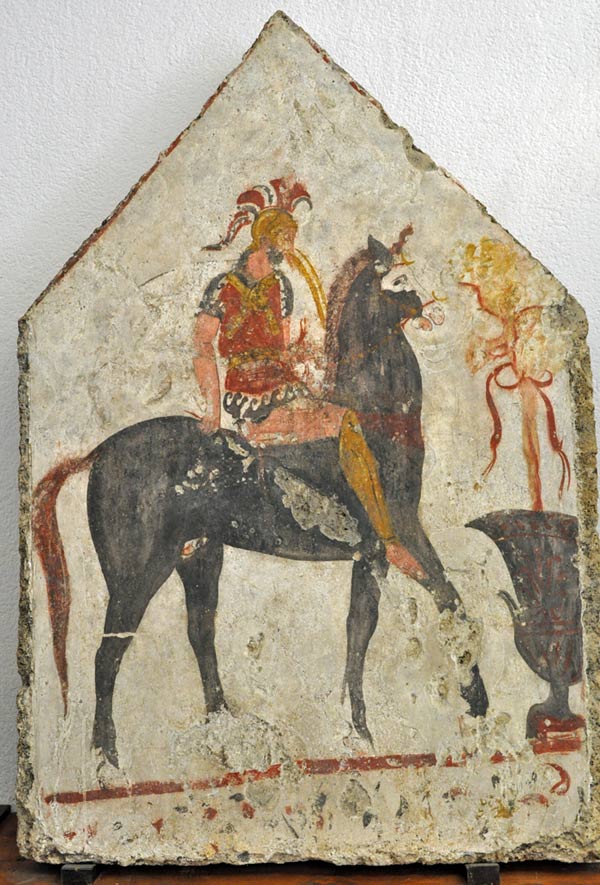 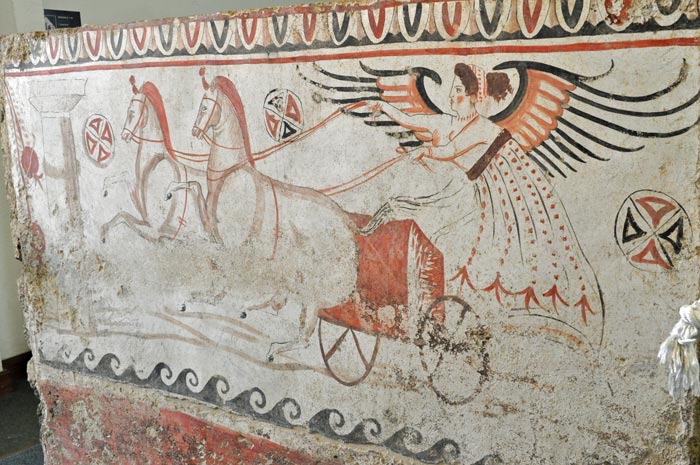 Edited to add: I’ve been told this about the artifacts above; “Those artifacts are funerary pottery from the Eneolithic necropolis of the Gaudo culture near Paestum: “The Gaudo Culture is a neolithic culture from Southern Italy, Campania, existed in 4th – 3rd century BC. It is sometimes described as an eneolithic culture, due to its use of primitive copper tools. This culture is associated primarily with the necropolis found near Paestum, not far from the mouth of the river Sele. It occupies about half an acre (2000 sq.m) and contains 34 separate tombs.” More info is here and here. (Thanks Catharine J. Robinweiler)

After the museum we walked over to the ruins. We were blessed with beautiful weather and not too many tourists (though we did our best to avoid a large group of German pensioners). The space is quite large and while you can’t get up and inside the large temples, you can tromp round the side streets and check out the old mosaic floors of houses which still remain.

There are two entrances to the archaeological zone, one across from the museum, and one at the southwest end of the site. The first temple you see as you enter near the museum is the Temple of Athena.

From the temple of Athena, you will see more temples off in the distance.

Between the large temples lies the remains of the city and a an ancient road connecting them.

Lunch was at Oasi, on the road leading to the ruins and museum. This pizza, with local buffalo mozzarella and zucchini flowers was excellent, large enough to split, and at 10 euro a bargain. 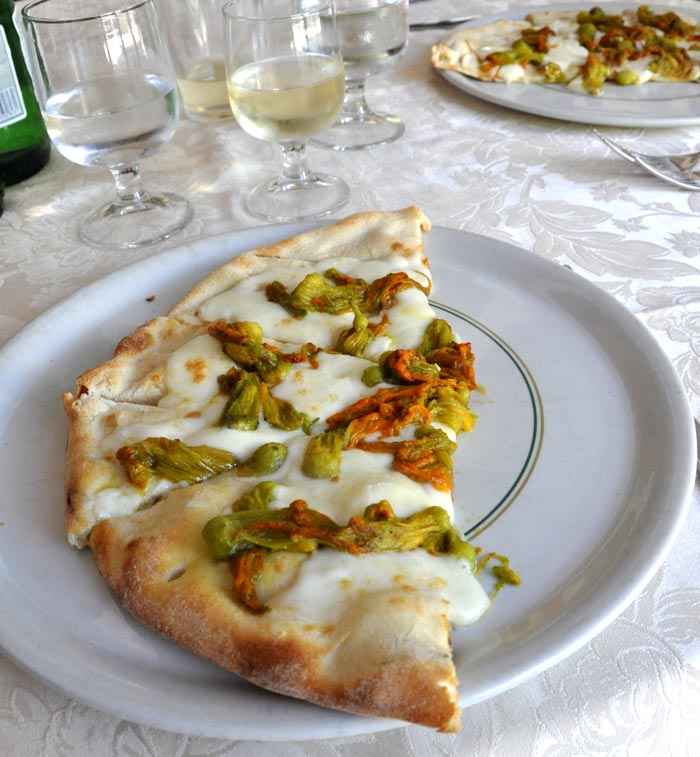 How To Become A Trusted Traveler With The Global Entry Program

Of Buffalo Mozzarella and the Kindness of Strangers