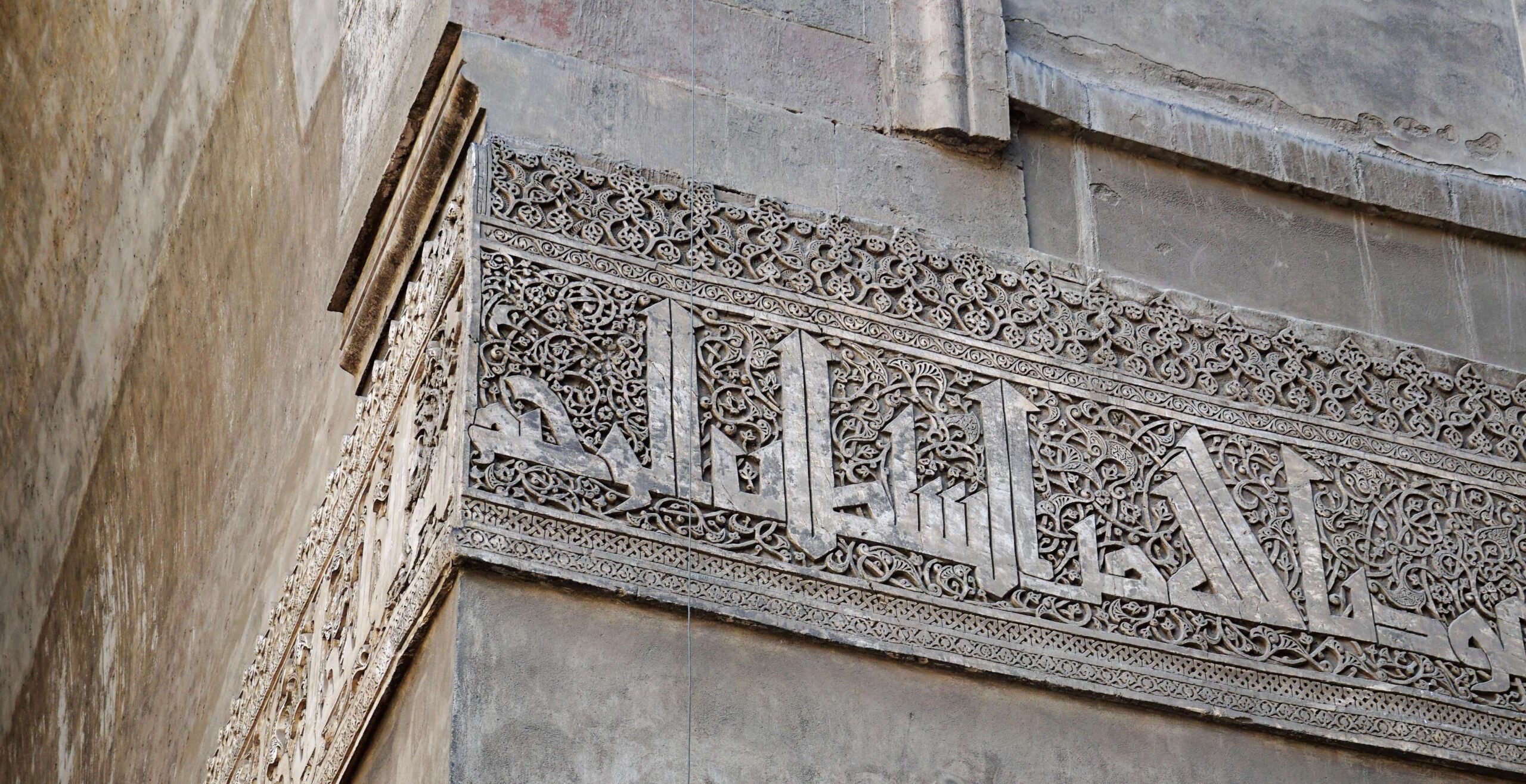 Cairo is a vast city, home to 9.5 million residents. While many people visit Cairo with the express purpose of seeing the pyramids, there’s so much more to see and do in this vibrant city. We split our days spent in Cairo between the first few days and the last, with the middle section in Luxor. In all, we had about four days total to explore Cairo with our private guide. Below are some of the four fascinating places in the city we visited; Coptic Cairo, the Museum of Egyptian Antiquities, Islamic Cairo (made up of several sights), and the markets and bazaars of Kahn al Kahlili.

This half-day tour was sandwiched in between checkout out of our hotel in Giza in the morning and flying to Luxor in the afternoon. Coptic Cairo is one of the oldest parts of the city and dates back to the very beginning of Christendom. The main sights are the Babylon Fortress, the Greek Orthodox Church of St. George, the Hanging Church, the Saints Sergius and Bacchus Church (Abu Serga), and the Ben Ezra Synagogue. Scroll through the slideshow photos below for images of Coptic Cairo.

The Museum of Egyptian Antiquities

The Museum of Egyptian Antiquities was established in 1902 and holds over 120,000 items representing 5000 years of Egyptian history. We visited the museum in the afternoon we returned from Luxor. The century-old museum sits on the edge of Tahrir square and we could see the entrance to it from our hotel room at the Ritz Carlton.

The new Grand Egyptian Museum, located near the pyramids in Giza has yet to open (even as of April 2020) but it was clear even in late 2018 that items were being prepared for the move and entire sections of the museum were closed and being crated up. Even so, the state of disrepair and neglect of exhibits inside the museum was apparent everywhere we looked. It was also sweltering (no A/C, not climate controlled) and very crowded inside. That said, the artifacts are priceless, and I would not have missed it. Scroll through the slideshow above to see some of the highlights.

The sights in this area of the city took two days of touring and covered multiple stops. We visited several stunning mosques, the gates to the city, the Gayer Anderson house, and many market areas.

Our first stop was the austere Mosque of Ahmed Ibn Tulin which dates back almost 1200 years to AD 879. Scroll through the slideshow below to see this gorgeous building.

Next to the mosque is the Gayer Anderson House Museum which is worth a visit to see the fantastic collection of Egyptian artifacts as well as the beautifully restored traditional Egyptian house. The museum is made up of two courtyard houses attached to the Mosque’s outer walls which date back to the 1600s. The Egyptian government restored the houses in the 1930s and shortly after they allowed a retired British army doctor to live in them on the condition he leave his substantial collection of artifacts upon his death (which he did, in 1945).
Scroll through the slideshow below to see some of the photos of this beautiful house.

The Al-Azhar Mosque is still a working religious site and because of this, as women, we were required to be completely covered from head to toe. There were coverings for rent and women who helped us on and off with them.

The citadel is a fortress that sits atop a large hill in Cairo. At the top of that hill is the stunning Mosque of Muhammad Ahi. This Mosque reminded me of many of the ones we saw in Istanbul Turkey, and after I researched it, I discovered that the architect who designed it was Turkish in the early 1830s was Turkish! It also has an incredible view over the entire city which includes the Pyramids in the distance. Scroll through the slideshow below to see this beautiful space.

Mosque and Madrassa of Sultan Hassan

A madrassa is a school, and in the Islamic world, it is often connected to a Mosque. This building was constructed in the 1300s and is absolutely massive in scale.

Inside the Mosque it was relatively quiet and cool, and our guide took the time to explain some of the main ideas of Islam to us. Scroll through the slideshow of photos below to see inside, though it’s hard to convey the beauty and gigantic scale of this building in just a few photos.

The Khan el Khalili Bazaar and Market areas of Cairo

One of the first market streets we visited was “Tentmaker’s” street. This is located near the Bab Zuweila gate. The artisans who work in this alleyway, also known as Sharia Khayamiya, have been there for generations. While some make tents, most of the remaining vendors actually make the quilts and textiles that decorate these desert dwellings. This may be the only surviving covered street in Cairo.

Scroll through the photos below to see more of the market.

While in the market, we visited El Fishawy, a well-known cafe that has hosted many visiting dignitaries in its private room which is where we also sat (along with a cat and her newborn kitten!). Scroll through the photos below to see that and other pics of the market.

There is so much to see and do in Cairo, I hope this gives you just a taste of the possibilities. We saw so much more than what I’ve covered here, but it’s impossible to show everything so let me know if you have questions!

Pin one of the images below now
to save this post for later!

Have you ever planned a trip to Egypt? Thinking of doing it?
Leave me a comment or question at the bottom and make my day!

Any post on this site may contain affiliate links. Thank you for supporting wired2theworld by using our links to shop, book hotels, or organize tours. If you use them, they cost you nothing extra but we may make a small commission that helps us to continue to provide helpful and free content.

NOTE: Everything on this tour was paid for by us. Nothing was complimentary or given in exchange for reviews or promotions.