Hampton Court Palace was built in the early 1500’s originally by Thomas Wolsey, but eventually finished by King Henry VIII. We took a day trip with the family to see all the royal splendor. In the winter, when we were there, the hours were shortened but there was a very cool light show in the evening all around the palace grounds. There’s also a fun hedge maze included with the price of admission.

TIP: At the time we went, we purchased a one week London Travelcard and with that were eligible to get 2 for 1 admissions to many places around London, including Hampton Court (which was a big savings). For more on the 2 for 1 deal, read this.

The kitchen gardens (above) were located near the parking lot and were surprisingly well planted. There were also public restrooms near here should you need them.

And then there were dragons…

Love the brickwork (says the mason’s granddaughter). Each chimney had a different pattern (above and below).

The kitchens were my favorite part (no surprise there, right?). The were in a separate building in a series of rooms, staged as is they were still active. I love to see how people lived in the past so this was especially interesting.

I would have loved to participate in their Live Historic Cookery program had I been there in summer.

The well manicured formal gardens and the waning winter light looked like a painting (above).

The king’s throne, above, and ….below. 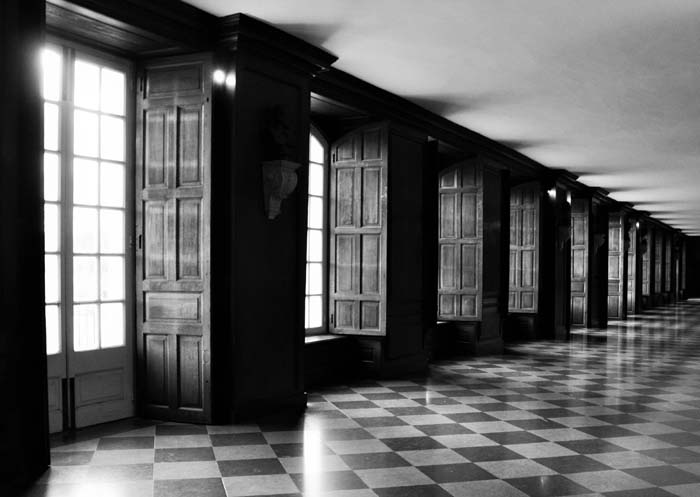 Perhaps an inspiration for Game of Thrones?

Below, part of the “Encounters with the Past” daily presentation with actors in costume.

While we were there, there was an exhibit of period clothing made out of white paper. 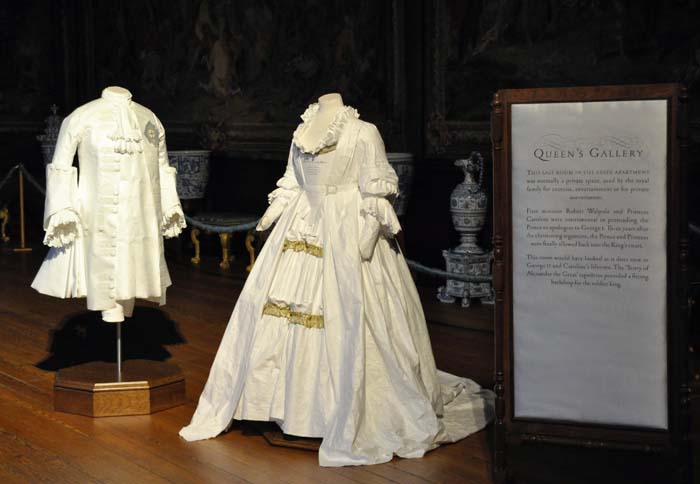