Getting out of the airport was smooth enough and we made it to the highway going south toward our first night’s stay just outside Fasano in the small town of Pezze di Greco. It was lunch time and I had several towns listed in my notes as possible places to stop for a meal, but jet lagged and hungry is not really the time to go exploring too much.

When we got near Monopoli we pulled off the highway and used the GPS to guide us into the town. Unfortunately, we didn’t really know where we were going and when we saw an open parking space, we thought we’d take it. It was at this point my mother discovered that she had not figured out how to get the stick shift into reverse (note to self; this should always be figured out before leaving the rental car parking lot. Note to self #2, get an automatic!).

Ten minutes later we are still in the parallel space, getting closer and closer to the car in front of us as the car rolls forward with every attempt to put it in reverse. Mom is getting a little more frantic and I’m trying to keep her calm (by “keeping her calm” I mean standing outside of the car because I don’t want to be in it when she hits something). Finally we ask a group of twenty-somethings passing by if any of them speak English. One does, and when we explain the problem, he very nicely gets in the car and shows us that the gear shift needs to be pushed down and then moved back to get it into reverse. Who knew?? 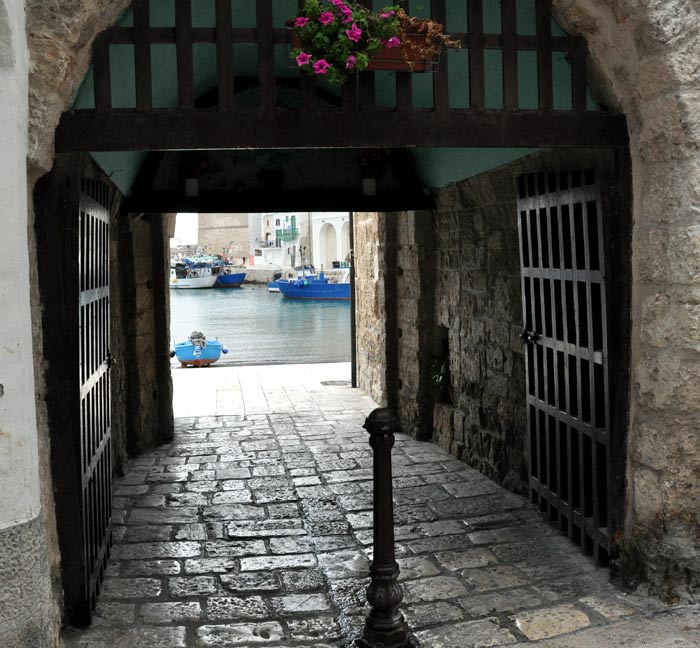 At this point we were too embarrassed to park the car there so we moved on and ended up at the port where there is a parking lot which appeared to be free. This was random, but worked for us. Walking away from the port, through an arch, we made our way into a little square. And like magic, there we were in the old part of town. After wandering a bit, we picked a place at random, Osteria Perricci (Via Orazio Comes, 1). The menu posted outside looked reasonable, and inside they were reassuringly busy. 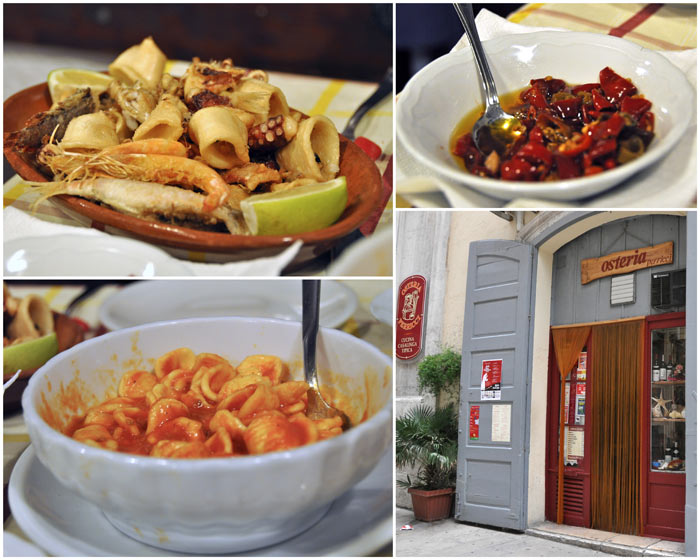 I was pretty out of it and suddenly not that hungry after being awake for over 24 hours, so we ordered a plate of fried seafood and a pasta (orecchiette con sugo).

We were served a complimentary little bruschetta with chopped fresh tomatoes and on the table was placed a bowl of the local chopped peppers in oil. When the pasta came, I added some of the peppers to it and they were delicious, not too spicy and very flavorful. The plate of fried seafood was crisp and dry and nicely cooked (meaning not overdone and rubbery) with a little bit of everything; shrimp in the shell with the heads still on, octopus, calamari, and small whole fish.

Service was friendly, but a bit scattered. We had to ask for the check a couple of times and finally had to walk up to the front to look for for someone to pay (when we saw other people pay at the table). I don’t think we were being impatient or deliberately ignored, I think they just were busy with some large tables and not paying much attention to the smaller ones. With a bottle of water and a 1/4 liter of red wine, lunch was 21.50 euro.

We spent a little time walking the narrow streets and exploring at bit, though because it was after lunch, as we were soon to discover, the rule of shuttered shops and closed churches in the afternoon is hard and fast in this region of the country. I wish we’d had more time there, or gone back, so we could have seen the daily market which was supposed to be at Piazza XX Settembre, but I was starting to crash so we pushed on to get to the hotel. 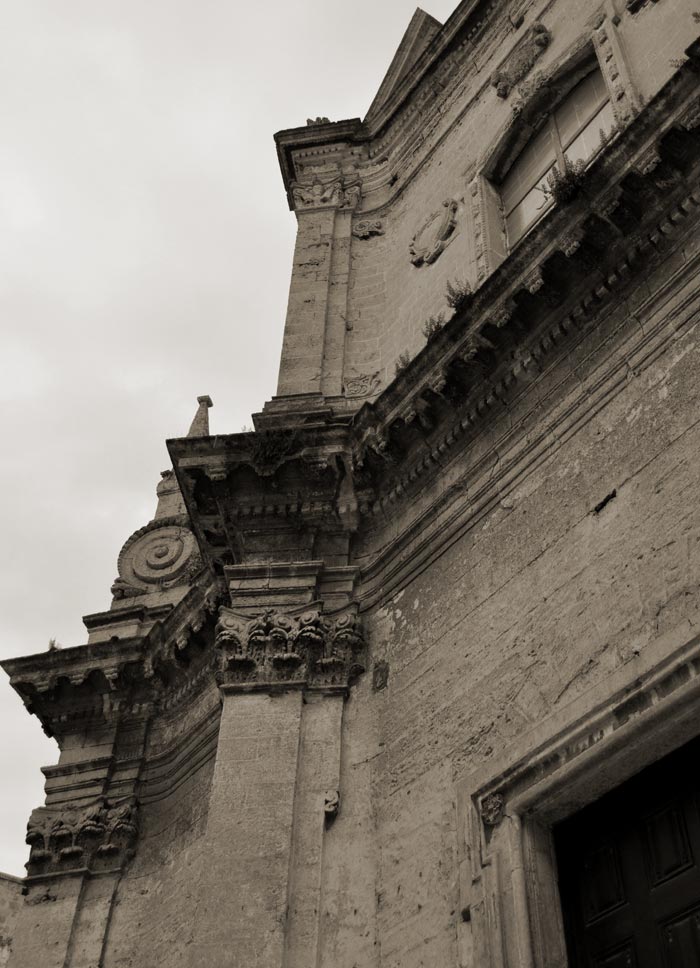 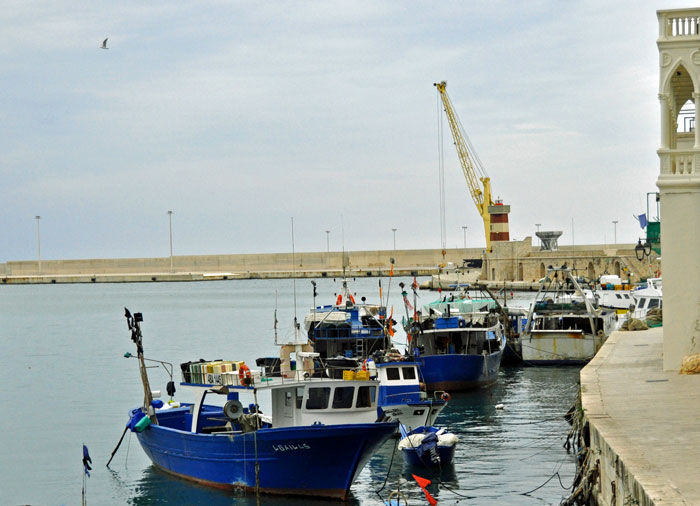 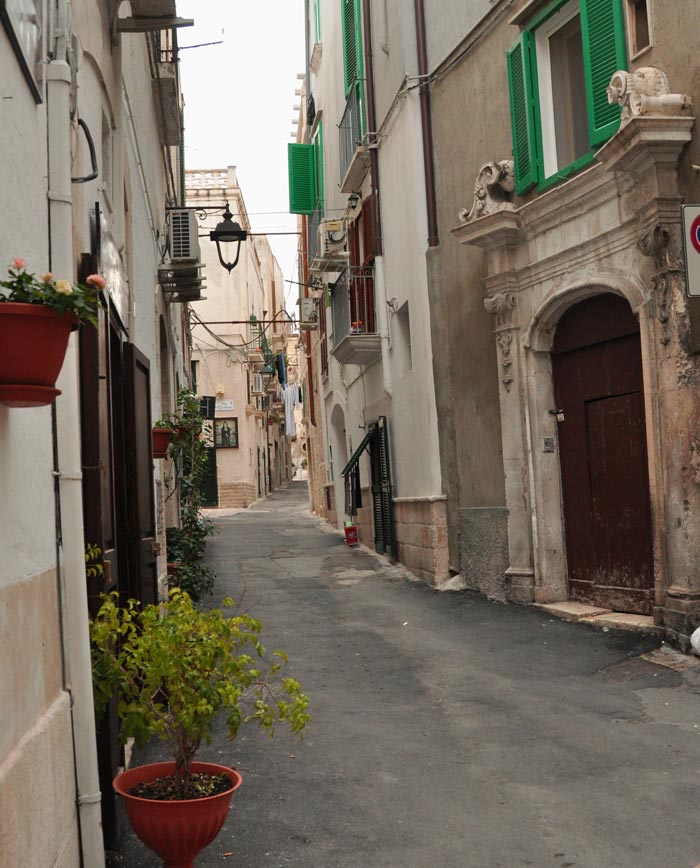 In the afternoon, we drove a short distance up and over a small mountain to visit the town of Cisternino. Unfortunately, it began to rain as soon as we arrived so our time there was cut short.  But I do remember lots of whitewashed buildings with impossibly steep, narrow stairs, a maze of twisted lanes, and a nice lookout in a park with stunning views over the Valle d’Itria. 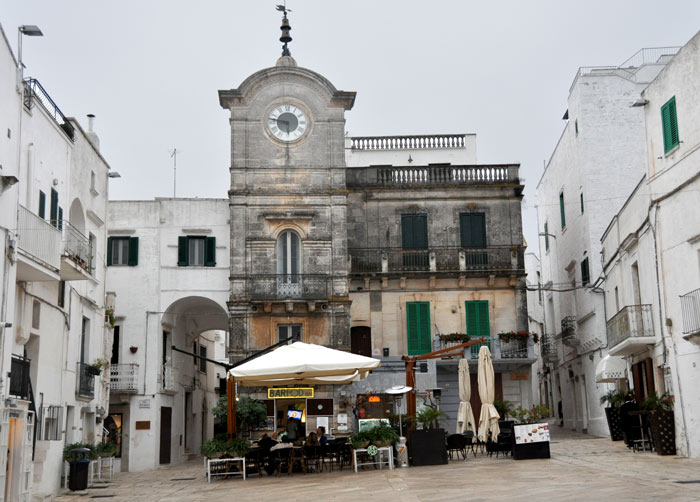 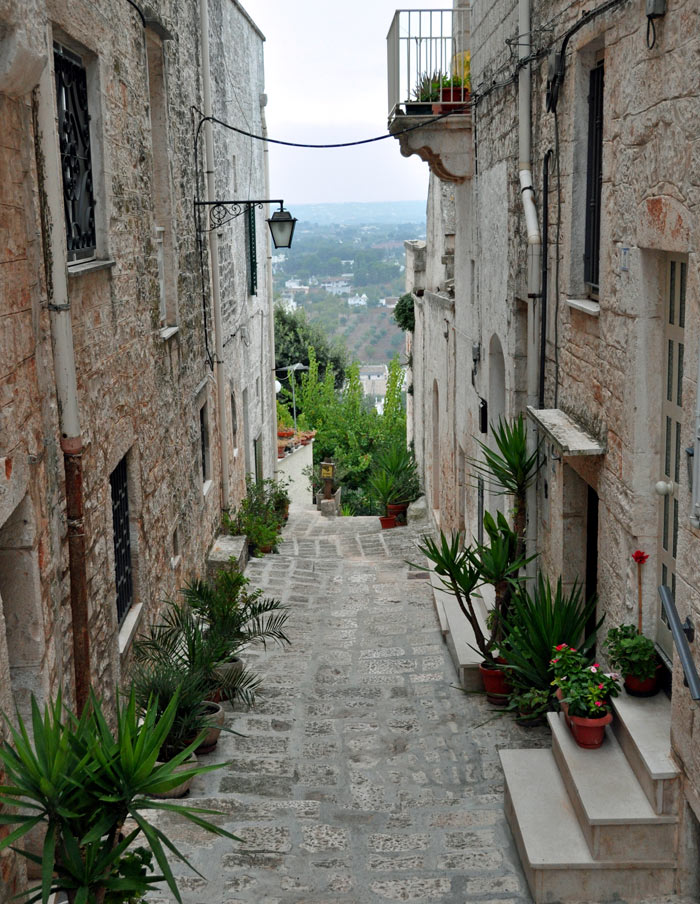 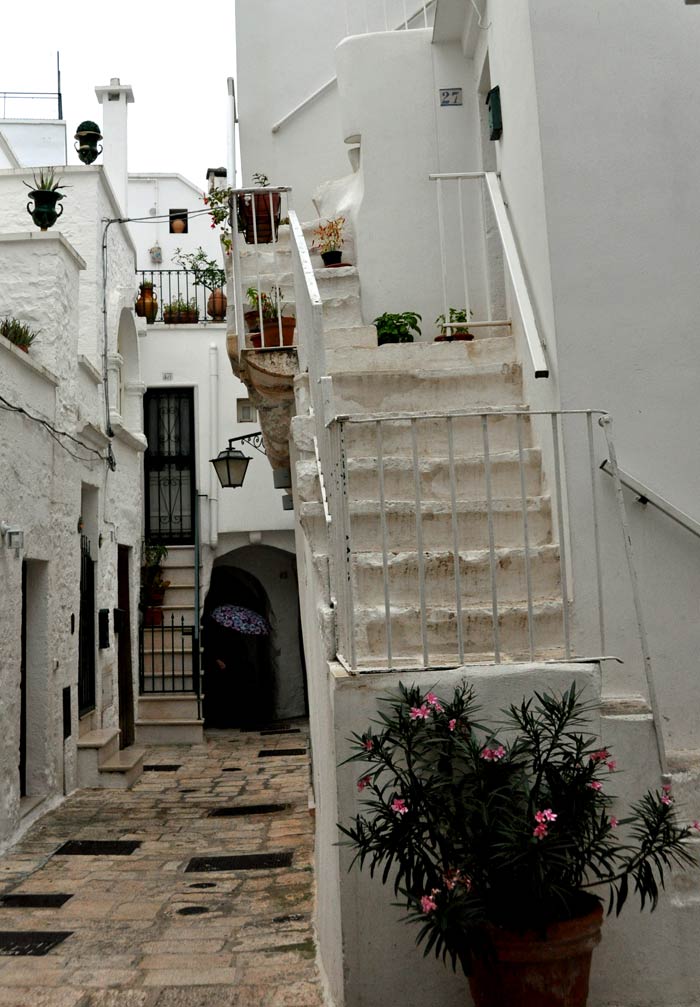